“On December 31, 2014, a taxicab traveled through San Francisco, from Chinatown to Marin. The car carried a single passenger: a woman, her birth name Adaline Bowman, current alias Jennifer Larson. This is the first and last chapter of her story.” 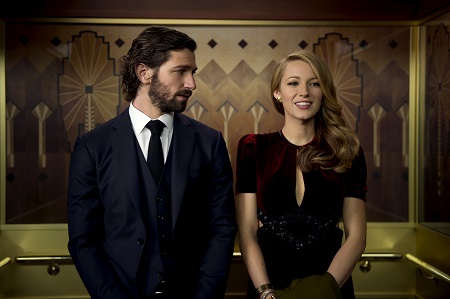 “For reasons too wondrous to explain, Adaline Bowman (Blake Lively) has been 29-years-old for almost eight decades. On the eve of giving up her current nom de plume, as she does every ten years, she encounters dashing environmental philanthropist Ellis Jones (Michiel Huisman). At the urging of daughter Flemming (Ellen Burstyn), Adaline – calling herself Jenny – goes on a date with the young man, getting closer to him than she has to anyone in over 40 years.

There are two things that must be taken for granted when sitting down to watch The Age of Adaline. The first has to do with the frankly silly pseudo-science that allows for the heroine to stop aging, and considering that the entire film revolves around this particular premise accepting it as a given goes without saying. The second involves a massive second half coincidence involving the heroine and Ellis’ astronomer father William (Harrison Ford), the kindhearted everyman about to celebrate his 40th wedding anniversary to the lovely Kathy (Kathy Baker). It’s the sort of contrivance only a screenwriter could come up with, the inherent melodrama so syrupy a diabetic would probably go into anaphylactic shock just from the thought of it.

I guess there’s another item. This has more to do with what I initially wanted the film to be about, the premise of a young woman who miraculously stops aging so ripe with rich possibility. But instead of analyzing how a person would traverse through the decades, how they would relate, react and learn from the world around them, director Lee Toland Krieger (Celeste & Jess Forever) and his writers J. Mills Goodloe (The Best of Me) and relative newcomer Salvador Paskowitz are focused on telling a good old fashion love story more than they are anything else. It’s like they’re channeling their inner Douglas Sirk, the film a glossy, picturesque soap opera, fully content and happy to be nothing more.

Thing is, once I became okay with that fact, once I didn’t throw my wants, desires and aspirations onto the proceedings, stopped holding them against the filmmakers, I kind of came to admire, maybe even outright love the romantic soufflé The Age of Adaline decided to offer up. Former ‘Gossip Girl’ star Lively is surprisingly superb, gliding through the proceedings with a gorgeous effortlessness I hadn’t anticipated. She has terrific chemistry with Huisman, but it is her interactions with old pros Burstyn and Ford where the actress ultimately does her best work. Her various conversations with them brought authentically earned tears to my eyes on multiple occasions, their philosophical and personal discussions ringing with an electrifying honesty that’s wondrous.

Krieger directs with confidence, never lingering too long on any one moment, not allowing the unabashed silliness of the central dynamics to show themselves for more than a few seconds at any given time. He gives cinematographer David Lanzenberg (The Signal) the freedom to paint pictures of almost unearthly, yet equally essential, beauty, almost as if Adaline’s story was taking place inside some sort of meticulously illustrated romantic storybook. Melissa Kent’s (The Vow) editing is equally seamless, the pieces of this puzzle fitting together with refined expressiveness, composer Rob Simonsen’s (Foxcatcher) sophisticated themes adding just the right touch to them throughout.

It is a pity that Goodloe and Paskowitz don’t even make a passing attempt to dig deeper than they do, that they are more than content to massage the heartstrings and little, if anything, else. Additionally, the coincidences they pile one atop the other are awfully silly, the key one (which isn’t exactly a shock) involving William especially so. Throw in some obnoxious, scientifically dubious Discovery Channel-like narration that explains things that, to be frank, don’t require explanations, and there’s plenty to be frustrated with. 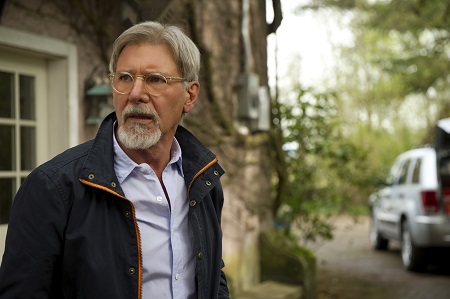 Thing is, I don’t want to be frustrated with The Age of Adaline. As a critic, it’s far too easy (and much too commonplace) to refuse to open one’s heart to cinematic romance. Respect for solidly crafted melodrama doesn’t typically happen immediately, and while I’m not about to say that Krieger’s film is the next Written on the Wind or Brief Encounter (goodness no, on both counts) I’m just as willing to go out on a limb and hypothesize this might be fairly well thought of a handful of years down the line. I, however, am not willing to wait that long. Adaline’s story captivated me, heart and soul; her long journey to love’s doorstep a timeless sojourn I was glad to be a part of.”

Devoid of expectation, understanding what the movie is and forgiving it for not being what I initially wanted it to be, The Age of Adaline plays exceedingly well the second time around. I found myself getting lost in its romantic charms all over again, and I have to say this is one movie I’m incredibly glad to have been given the opportunity to revisit.

Audio Commentary with director Lee Toland Krieger – This is a terrific audio commentary, one chock full of information, filled with detail and overflowing in engaging nuance. Definitely well worth a listen, especially for those eager to get insight into the filmmaking process in order to someday make their own motion picture.

A Love Story for the Ages (29:38) – Way above average making-of featurette that’s much better than those typically produced for these films, interviews with cast and crew adding additional insights on all fronts.

Style Throughout the Ages (18:19) – Fun little featurette on the film’s production design.

Discovering Young Harrison Ford: Anthony Ingruber, A YouTube Sensation (8:19) – This featurette could be something of a major eight minute spoiler, so watch at your own risk if you haven’t yet taken a look at the film itself.

The Age Adaline is a romance that holds up exceptionally well, and even though the movie doesn’t make the most of its concept it’s so well acted, directed, shot and put together its charms are difficult to resist. Lionsgate’s Blu-ray is superb, fans certain to be more than pleased if they make the decision to add it to their respective personal libraries.