Energetic Call Easy to Hang Up On

The director of the 911 abducted-girl-calling-from-inside-a-trunk thriller The Call is Brad Anderson. He is the man behind such films as The Machinist, Session 9 and Transsiberian. The screenwriter is Richard D’Ovidio, while the two writers who helped him come up with the original story are Nicole D’Ovidio and Jon Bokenkamp. Combined this trio is one way or another responsible for Perfect Stranger, Taking Lives, Thir13en Ghosts and Exit Wounds. 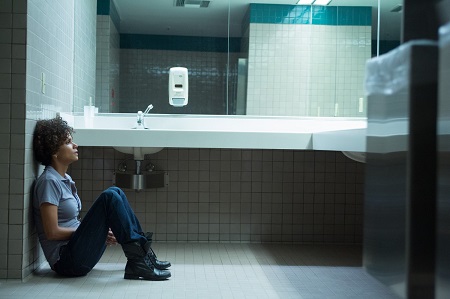 What does all of that mean? It means, based on pedigree alone, you have a highly eccentric, independently minded high-caliber director saddled with a script generated by writers (D’Ovidio arguably excluded as this is apparently her first credit) more known for barely tolerable, close to execrable D-level genre schlock. It means that, for all of Anderson’s flair behind the camera, for all his attempts to generate momentum, keep things visually unsettling and his gift with pushing actors to go beyond their typical norms, the movie often an unintentionally hilarious hoot, heading to a conclusion sure to be more laughable than scary, sending viewers out of the theatre wondering if they just watched a parody of a high-concept suspense-thriller instead of the real deal.

Pity, because for a little while I was more than willing to give The Call the benefit of the doubt. The opening sequence involving our heroine, Los Angeles 911 operator Jordan Taylor (Halle Berry), is engaging, smart and suspenseful, effortlessly showcasing how one small mistake can shatter an intelligent professional’s world in the span of a microsecond. When the film cuts to nine months later, Jordan now in a teaching role instead of behind the operator’s headset, I was more than willing to go along with things as circumstances conspire to put her on the line with a caller for the first time since that tragic day in the form of youngster Casey Welson (Abigail Breslin), a bubbly teenager who finds herself trapped within the trunk of a car the victim of a terrifying kidnapping.

It’s a classic ticking clock scenario reminiscent of 2004’s Cellular. Casey can’t escape the vehicle and Jordan cannot get off the line, the two women attempting to find a way to work together in order to ascertain a make, model or other signifying feature for the speeding automobile in hopes of helping the police find the frightened victim before it’s too late. Sure some of the stuff that happens is silly, and yes portions border credulity, but mostly Anderson handles these sequences of the pursuit beautifully, the movie achieving a cagey kinetic fury that had my interest piqued.

But the writing grows increasingly silly, and by the time the nameless villain is forced to change his plans before things spiral viciously out of control it quickly became apparent the movie’s script is constantly on the verge of falling into uncontrollable, unceremoniously hilarious absurdity. Even so, as long Jordan remained in the 911 call center and Casey was forced to work with her clandestinely over a cell phone I was still willing to go along with the ride. Anderson has an ability to craft tension that’s undeniable, and as stupid as many of the components inside the narrative might be are, the director still found a way to keep my interest for the majority of the running time.

Then the last half hour happens, and while the less I say about this portion the better, let me state any hope the movie had to be a success quickly fly out the window. The police magically morph into idiots, Jordan becomes the greatest detective since Sherlock Holmes and Casey is subjected to such grossly inane madness even Jame Gumb from The Silence of the Lambs would have shaken his head in disbelief at what the poor girl was about to be subjected to. What happens during the climax isn’t just dumb, it’s insulting, the way in which the writers treat the audience and their intelligence frankly unfathomable. 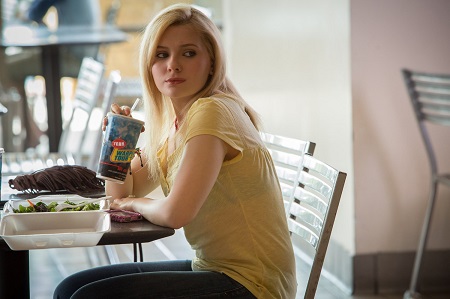 In spite of all of this, Anderson continues to direct his tail off, even during this odious homestretch. He goes so far to embrace the exploitation elements of the flick to their fullest extent, presenting a final image and a closing coda that is admittedly deserved if only barely satisfying. The guy is a solid filmmaker who knows his stuff, and while he’s slumming that doesn’t mean he isn’t doing so in style, elevating proceedings to a point it is reasonable to assume that the film never could have achieved without his presence.

Anderson is a good director, and he does get solid performances from both Berry and Breslin. None of which is to say The Call is any good. It’s not, the script’s continued ability to shoot itself in the foot making that impossible. The movie remains a mess, this thriller an obnoxious bit of nonsense that should be hung up on and forgotten about at the first opportunity.