Margaret a Magnificent Emotional Maelstrom of Redemption and Regret

The story behind Margaret is nearly as fascinating and as complicated as the movie itself, writer/director Kenneth Lonergan’s follow-up to his 2000 sensation You Can Count on Me taking almost six full years from the end of principal photography to see the light of day. Battles with the studio and a protracted editing process later, the movie was quietly shuffled into a handful of theatres in September of 2011 in hopes it would quickly fade away and never be heard from again, Fox Searchlight essentially abandoning the flick even though it featured the likes of Anna Paquin, Matt Damon, Mark Ruffalo, Allison Janney, Jean Reno and Matthew Broderick in major roles. 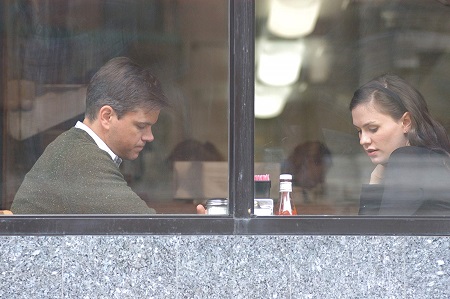 But the strangest thing happened. Those who took the time to watch Margaret, the few who were blessed with the opportunity to see what this strange, obtuse, ephemeral, overlong, self-indulgent and wretchedly emotional melodrama of angst, heartbreak, guilt, forgiveness and growing-up had had to offer, all of them haven’t been able to stop talking about it. Love it, hate it, find yourself somewhere oddly in-between, all these reactions have had quite an effect on viewers, making Lonergan’s 150-minute opus a majestic sensation impossible to dismiss.

Had I seen Margaret in 2011 it would have likely been number two or three on my list of the best films of the year. Lonergan beat me up, assaulted me, stripped me bare and left all my expectations of self on the theatre floor for all to see. At the same time, he elevated and elated me, got me to experience emotional plateaus I hadn’t in ages, taking me back to the netherworld of teenage adulthood, a place where those two worlds joined together as one so furiously I could never quite be sure what was going to happen next. Lines are crossed, words are spoken and actions have consequences, and while the extremes are polarizing, sometimes even exasperating, seeing them all play out is such a magnificent experience the emotional torture is exuberantly worthwhile.

The film revolves around Paquin’s Lisa Cohen, a 17-year-old New York prep school student who abuses her teachers, shirks her studies and walks around Manhattan as if she were the most entitled young woman on the face of the planet. But a tragedy involving a bus and a pedestrian changes everything, the teen forced to think about things other than herself for what is likely the first time. Yet, nothing minimizes her own insecurities or diminishes her desires to be the lead in her own shimmery melodrama where she’s the undisputed star, even if this new path she’s now traveling upon inadvertently leads to a reconciliation with her Broadway actress mother (J. Smith-Cameron) she never could have anticipated.

This is just the tip of the iceberg. Lonergan doesn’t mince words, doesn’t take shortcuts, the filmmaker weaving a complex web of ennui and dramaturge Tolstoy would have been proud of. He spends a lot of time giving the other players in Lisa’s one-woman show their own spotlights allowing each to come to life in ways that are startlingly sincere. The movie is Altman-esque at times, and while a serious case could be made that some restraint might have been called for it is doubtful I’d have been as awestruck by all of this had the filmmaker scaled things back one iota. 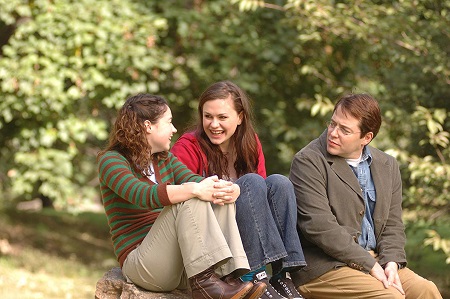 Paquin gives the performance of her career, and it is a pity Fox Searchlight didn’t do more to get people to see the film because she easily should have been one of the five 2011 Best Actress Academy Award nominees. This is a raw, nakedly visceral showcase for the actress. Paquin is front and center, in virtually every scene, her emotive brilliance jumping off the screen, her work making an indelible imprint upon me that left me positively speechless.

Margaret won’t be for everyone. But for those adventurous enough to take a chance on the film watching Lonergan’s sophomore outing is an adventure one will likely remember for a long to come. No matter what the final reaction is, no matter how extreme one feels as they exit the theatre, this is a story that forces the audience to take notice, compels them to have an opinion. I am in awe of what Lonergan has accomplished, and for the life of me I don’t know how everyone won’t feel the same after they’ve exited the theatre and witnessed this director’s masterfully ambitious achievement all for themselves.