Pines an Ambitious Generational Epic of Family and Fate

Derek Cianfrance’s The Place Beyond the Pines, his follow up to his Oscar-nominated Blue Valentine, is big, sprawling and highly ambitious. It is his attempt at an American opus that’s equal parts Tennessee Williams and Sidney Lumet, a movie where the sins of the father are passed unto their sons, so on and so forth, making the picture a multigenerational epic filled with interesting characters, heartbreaking situations and broadly emotional ideas. It is dark and disturbing yet also intriguingly hopeful, its last images hinting at the possibility of change for one character that might not exist for anyone else living inside this particular tale. 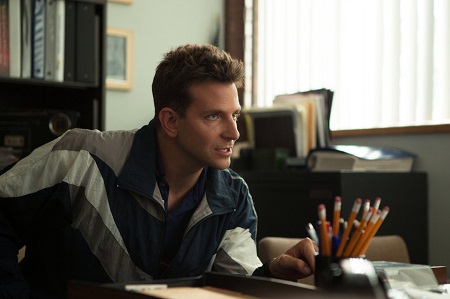 Luke (Ryan Gosling) is a celebrated motorcycle daredevil who makes his living traveling the United States as part of a carnival. He’s returned to Schenectady, New York for the first time in about a year, reuniting with former lover Romina (Eva Mendes) for the briefest of conversations. Turns out, he’s a father, and while she doesn’t necessarily want him around – she’s in a committed relationship with a man she loves – she still felt it was important he knew the truth.

Luke decides to stay in town, intent on being a father to his son unlike what he experienced as a child growing up. He gets a job as a mechanic for the reclusive Robin (Ben Mendelsohn), and while steady work is hard to come by the friendship the pair strike up is genuine. But the motorcyclist needs money to give his boy all the things he never had, and soon he’s robbing banks, managing to keep his identity a secret in the process.

When things go bad Luke ends up crossing paths with newbie police officer Avery Cross (Bradley Cooper), the ambitious son of a legendary New York judge (Harris Yulin). The pair should never have met, but when they do the fireworks that fly will have lasting consequences affecting both the rest of their lives but also that of their respective children, their sons Jason (Dane DeHaan) and AJ (Emory Cohen) destined to keep playing out a fateful duel as teenagers intertwined with the decisions, good, bad and in-between, their two fathers made once upon a time.

It’s a lot of stuff, and in all honesty it’s even more complex than that, Luke getting aggressively involved with Romina’s fiancé Kofi (Mahershala Ali) while Avery is devastated to learn his closed allies in the police department, including close friend and celebrated detective Deluca (Ray Liotta), might be corrupt. Years pass in the blink of an eye, lives are lost, scores settled, marriages dissolve and children age, all of it culminating in a series events involving an uneasy friendship developing between Jason and AJ that can only last as long as the truth about their dads’ collective history doesn’t see the light of day.

I can’t say Cianfrance pulls off everything he’s attempting here. A few of the subplots are messy and are never fully resolved, while certain pivotal plot twists happen for reasons that don’t feel authentic or justified. Also, the unrelenting sadness permeating throughout the picture can be tough to bear, the utterly grim façade of it all wearing on me more than once during the film’s sprawling 140-minute running time.

But the acting is remarkable, Gosling, Cooper (that Oscar nomination was hardly a fluke) and DeHaan the clear standouts. This trio do amazing things with their respective characters, walking an emotional tightrope so thin it’s remarkable they made it out of the filming of the movie in one piece. These are fearlessly complex portraits, each actor brazenly unafraid to make their men as unlikeable as the narrative might call for, each wading into a sea of grey so pervasive finding the hope, the happy and even the heartbreak is a feat unto itself. 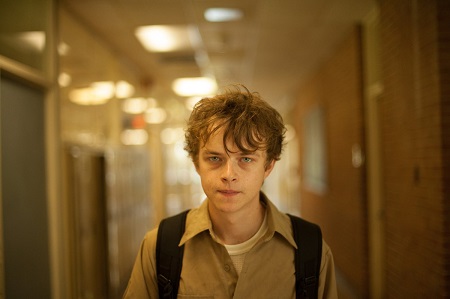 Yet each does it, DeHaan in particular, the young actor given the most difficult task of the trio yet delivering a three-dimensional performance with seemingly no trouble at all. The youngster, so good in both Chronicle and Lawless, goes above and beyond this time out, Cianfrance having no issues centering his camera straight upon DeHaan’s frazzled and frayed features, letting the torrents of emotions overcoming him come alive thanks to his facial expressions and body movements alone.

I’m not sure exactly who The Place Beyond the Pines is for. The all-pervasive feeling of tragedy that engulfs the movie start to finish is trying, and the fact little sense of light or levity ever permeates into the proceedings doesn’t help. But the truth is no matter how hard I try I cannot get Cianfrance’s latest out of my head. More, it’s final moments do, in some small way, hint at hope, presenting the idea that not all of a parent’s failing will fall on the heads of their children and that some of their passions might in fact be worthy of, not just remembrance, but emulation as well.