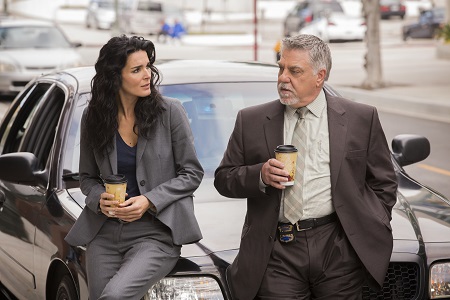 Rizzoli & Isles is starting to show its age, I’m not going to lie about that. As far the mysteries at its center are concerned, they’re beginning to get a little less interesting, figuring them out even easier this season than they have in past ones. One barnburner involving a dead man with two lives is particularly simplistic considering the locked room, Sherlock Holmes-like dynamics making it tick, the fact its new the end of the 18 episode run making it even more depressing as far as all of that stuff goes.

Even so, I still like Rizzoli & Isles. The showrunners have a grand feel for the two main characters Det. Jane Rizzoli and Dr. Maura Isles, their respective journeys during season five as personal and as intimate as it has ever been at any point during the hit TNT procedural’s run. On top of that, Angie Harmon continues to deliver performances that go above and beyond, and without a doubt she’s one of the more underrated (and I’d even say underappreciated) actresses working in television today.

There’s a not a lot to add. Highlights include the season premiere involving the murder of jogger and the subsequent theft of her baby, an episode where a man is found dead inside his impenetrable doomsday shelter and another where a murdered rare book seller hides clues to past misdeeds in a coded manuscript. There’s also a terrific mystery involving a homeless teen and a hired assassin, all of it culminating in a heartbreaking turn of events featuring some of the finest acting of the entire season as far as Harmon is concerned. 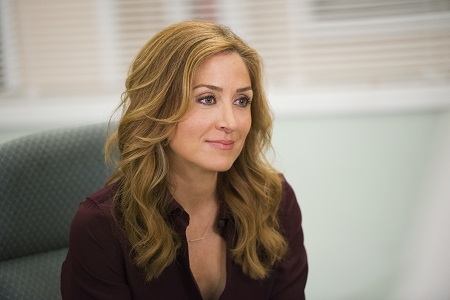 Last but not least, the show deals with the death of Lee Thompson Young in movingly subtle fashion, not using the tragedy as an excuse for some convoluted mystery choosing instead to pay respect to the actor and what his character meant to the show by letting him go out on a note of quiet introspection. His absence is continually felt, on that front there is no debate, but Rizzoli & Isles never does anything with Det. Frost’s death that feels anything less than authentic, the season finale offering up a beautifully emotional coda to the 17 episodes that preceded it gifting Young a fond farewell that’s touchingly deserved.

Rizzoli & Isles is presented on four DVDs with 1.78:1 Widescreen transfers.

Not a lot of extras other than a collection of Unaired Scenes (i.e. deleted scenes), a rather benign (and not particularly funny) Gag Reel and the brief featurette Stepping Through the Stunt: The Burden of Proof Bridge Sequence. Not that I expect a lot in the way of special features for this show, at the same time I’d be awfully happy if Warner had included just a little bit more than this.

I like Rizzoli & Isles. It’s a fun show, anchored by five central performances (Lorraine Bracco continues to be a scene-stealer as Jane and Frankie’s well-meaning mother Angela) that are in many ways are as good as it gets. Harmon, unsurprisingly, continues to be the ace in the hole, once again delivering a season’s worth of exemplary work that’s far stronger than the actual program itself. Warner’s DVD presentation could be better from the standpoint of extras and special features, but for stalwart fans this is probably not going to matter much, Season Five strong enough on its own to warrant adding this four-disc collection to the personal library no questions asked.