“What Maisie Knew” – Interview with Scott McGehee and David Siegel

Based on the novel by Henry James, What Maisie Knew updates the story to modern day New York and concerns itself with a six-year-old girl (Onata Aprile) who suddenly finds herself at the center of an ugly divorce between her parents, aging rock star mother Susanna (Julianne Moore) and her modern art dealer father Beale (Steve Coogan). Along the way she earns two new adult influences when her parents remarry, growing closer to her dad’s new wife (and her former nanny) Margo (Joanna Vanderham) and her mom’s current beau Lincoln (Alexander Skarsgård) then she is to Susanna and Beale. 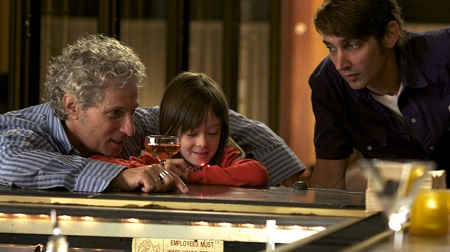 The movie is something of a revelation, directors Scott McGehee and David Siegel, working with writers Nancy Doyne and Carroll Cartwright, achieving an emotional ebullience I found entrancing. In town for this year’s Seattle International Film Festival, I had the opportunity to sit down with McGehee and Siegel to chat about their film. Here are some of the highlights from that conversation:

Sara Michelle Fetters: You usually write and direct your own projects. What was it about this particular script that attracted you? Why make this movie?

Scott McGehee: It’s interesting. We read quite a few screenplays, mainly when we’re procrastinating when we’re doing our own writing, but David had been given this particular script by a friend of ours. We’d been told about it, that it was this custody battle, divorce, told from a kid’s point of view thing, and his reaction was sort of like mine in that we didn’t think we wanted to do it. It sounded sort of maudlin, not exactly the type of thing we were looking for at that time. But then we read it and we were blown away.

We were surprised it wasn’t as maudlin and as heavy as we thought it would be. There was something sort of light on its feet about it. The elliptical nature of the story telling attracted us.

David Siegel: But we were also told a lot of things about it, about what the budget was going to be, that Julianne Moore was already attached; none of which was actually true. The budget ended up being half of what we were informed. Julianne Moore was in fact not attached; she’d read it and expressed interest but that was it. Once we decided to make the movie our first job was to actually get her on board the project.

Sara Michelle Fetters: The movie is a very different animal then the Henry James novel it is based on, isn’t it?

Scott McGehee: That’s true. It’s a thin little volume and it’s quite hard to get into. It’s also from a child’s point-of-view, the writing style kind of evolving as Maise gets older, the book taking place over several years of her life. It’s very different.

Sara Michelle Fetters: So how then do you remain true to the source material while also making it your own? 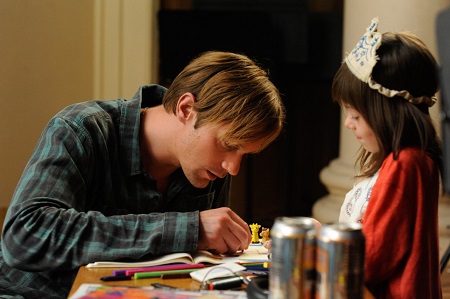 David Siegel: We’ve done a lot of adapting and we get that question a lot, and it’s a really important question for anyone who does any sort of adapting. You have to ask yourself what it is you believe personally are the elements and themes you need to stay true to from the book. You have to figure out what it was that drew you to the book in the first place. At that point, all other bets are off. At that point, you have to make a movie; fealty to the material has nothing to do with the actual production of the movie itself. Sometimes I read about filmmakers who approach this kind of thing in a different way and I can’t help but think they’ve hamstrung themselves before production has even began, at least from my perspective. It’s a backwards way of thinking about doing an adaptation. The movie becomes the movie.

Scott McGehee: They’re such different mediums. What each medium is good at is such a different thing. The toolbox you have for storytelling as a filmmaker isn’t the same as what you have as an author. You really have to think in a visual way. The writers, I think, took the kind of approach we’re talking about. Carroll Cartwright, whose idea this originally was, for him it really was an attempt to tell a story about his own difficult divorce using James’s novel as a starting point to do it. He used James as a vehicle to help him to that. He was very much using Henry James as a touchstone to tell a story about trying to raise his own six-year-old child as a newly divorced dad.

Sara Michelle Fetters: What are the challenges presented by a movie like this? How do you show things almost exclusively through the eyes of six-year-old but still keep the adult audience engaged? One of things I loved about the movie is how you step back, allow Maisie’s story to speak for itself. I’d imagine that would be one of the elements that drew you to the material. I’d also imagine it was an element that, on set, probably worried you.

David Siegel: That’s a very good observation. It was. It was the element that attracted us. We didn’t necessarily relate to the story personally as neither of us has been through a divorce or have been put into that sort of situation. But, at the same time, we were really super drawn to trying to tell a story in this fashion, to show this adult world through this child’s perspective.

But it really was hard. A challenge. Rewarding, yes, but as massive an undertaking as anything we’ve attempted. There were times on the set where we were really second guessing ourselves as to why we made the choice to take this project on.

Scott McGehee: That was the case throughout the process. Casting we had those doubts. On the set we had those doubts. Editing we had those doubts. In the end, though, we had the really happy surprise of discovery. We kept getting surprised on the set by what our actress, Onata Aprile, as capable of and how she was working with her adult costars. In the editing room, we quickly learned we could trust her more and more, that we could give her those close-ups and allow the movie to rest on her for such long periods of time. You have to trust yourself to be able to tell the story in such a gentle, almost wordless way thus allowing her to do this for you.

Sara Michelle Fetters: The amount of storytelling restraint on display is at times remarkable. When do you know to leave it up to the audience to figure out what is going on and when do you pile in a few more clues to help spell things out?

Scott McGehee: We like movies that work that way, movies that allow the audience to put pieces together for themselves and not have it all spelled out for them. You have to trust the audience to be a partner in putting the narrative together. We enjoy that as watchers so it only feels right that we do our best to follow that sort of path as filmmakers. But, when do you know? How do you strike that balance? There isn’t an easy answer. You just do it and trust the audience is going to be able to follow. 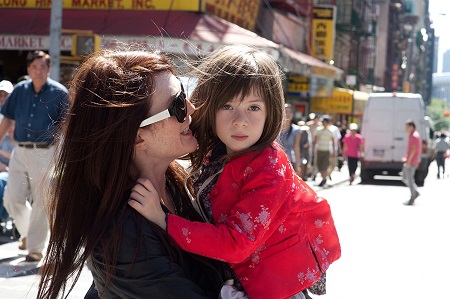 Sara Michelle Fetters: I feel like you’ve made a movie that, while not easy watch by any stretch of the imagination, somehow still ends up being about hope, all of it building to an omnipresent sense of hope that’s seen entirely through Maisie’s eyes. I adored that. At the end of the day, what do you want general audiences to take away from the movie?

David Siegel: Well, that reaction is the one we were hoping audiences would feel. The people who love the movie really love the movie. There is redemption there. It’s sad, yes, but there’s redemption for Susanna, for Julianne’s character, while at the same time there is hope for Maisie as well. There’s something out there she’s moving toward.

Scott McGehee: That feeling that circumstances in our individual lives do allow us to step forward, no matter what our age or what they might be, that’s something I’d love for the audience to take away with them. Going through a difficult experience isn’t the end of the line. There can be hope. It’s out there; you just have to grab it.