Let’s get this out of the way first: 2016 was a tsunami of horrific news. David Bowie. Muhammad Ali. Gene Wilder. Alexis Arquette. Kenny Baker. Charmian Carr. Edward Albee. Leonard Cohen. Bill Nunn. Curtis Hanson. Anton Yelchin. The Lady Chablis. Alan Rickman. George Kennedy. Robert Vaughn. Gloria DeHaven. John McLaughlin. Tony Burton. Bud Collins. Prince. Vilmos Zsigmond. Doris Roberts. Pat Summitt. Vanity. Ron Glass. John Glenn. Harper Lee. Morley Safer. John Saunders. Garry Marshall. Ken Adam. Abe Vigoda. Douglas Slocombe. Martin Rosen. George Michael (on Christmas Day, no less). These are just a handful of the names we lost during the past year, the ones who meant arguably the most to me and helped in some way make me the critic, movie lover, writer, journalist and person I hope I am today. Don’t know who they are? Look them up. You won’t regret it. 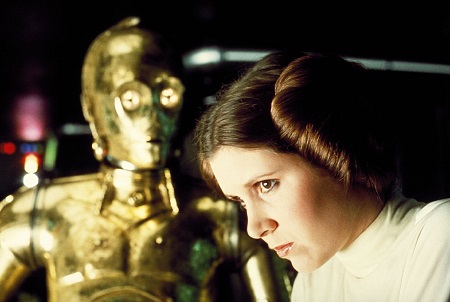 Then, as I sat here writing a piece on the best and worst films of 2016, came the ultimate double-whammy. First Carrie Fisher, just two days after Christmas, succumbed to complications from a heart attack she suffered traveling back to the United States from London. One day later, her mother, the immortal Debbie Reynolds, also passed, leaving me barely able to function, let alone capable of trying to write a puff piece about this past year’s movies.

Fisher, more than just Princess Leia in a quartet (soon to be quintet) of Star Wars movies, was also a fiercely talented author and mental health advocate who refused to shy away from controversy, proudly standing up for what she believed in and felt no matter what the consequences. Reynolds, more than just the luminously talented girl-next-door who brightened up films like Singin’ in the Rain, The Unsinkable Molly Brown, Susan Slept Here and Bundle of Joy, made me (and likely everyone else) smile at just the thought of her, the actress’ energetic, take-no-prisoners personality making the world a better place just by being a part of it.

Together, this was as a potent a twosome Hollywood has ever had the pleasure of producing. What made it even better, both knew their relationship was hardly perfect, their bickering back-and-forth and the pressures each could put upon the other fodder for Fisher’s magnificent 1987 memoir Postcards from the Edge, later made into an outstanding movie by Mike Nichols starring Meryl Streep and Shirley MacLaine, released to theatres in 1990. They were real in ways celebrities weren’t supposed to be, and as such were a constant inspiration for fans of all shapes, sizes, ages, ethnicities and backgrounds. While one would like to be remembered as having been drowned in moonlight and strangled by her own bra, the other would likely be up with the youngest in the audiences from dusk until dawn singing, “Good Morning!” with happy enthusiasm, come what may.

With all that being so, it just feels silly to look at 2016’s motion pictures and say, this one was great, this one was bad and these others? Well, these others were just so-so. But that’s sadly the job, and even with the depression and heartache I’m feeling right now I’m deadline required to push on through.

It helps considerably that there were a lot of great films released this past year, a handful of which I’m going to be talking about, pondering and reveling in for a long time to come. But where retrospectives talk about how a bunch of major Hollywood tentpoles released over the summer stumbled, underperformed or outright tanked, or, if not that, spend thier time looking at Disney $7-billion box office year and discussing whether or not Warner Bros got their extended universe of DC comic book features off to a good start with Batman v Superman: Dawn of Justice and Suicide Squad, I think it’s more fun to look at the glorious wonders that flew in under the radar. Amazon Studios came out the gates blazing with titles as diverse as Manchester by the Sea, The Neon Demon, The Handmaiden and Love & Friendship, while A24 cemented their status as the most risk-taking indie in the business what with releases like Moonlight, American Honey, Certain Women, Swiss Army Man, Green Room, The Witch and The Lobster. Glorious stuff, across the board, and while not all films met with universal acclaim (or the box office to match) they still provided so much food for thought just thinking about them brings a happy smile to my face. 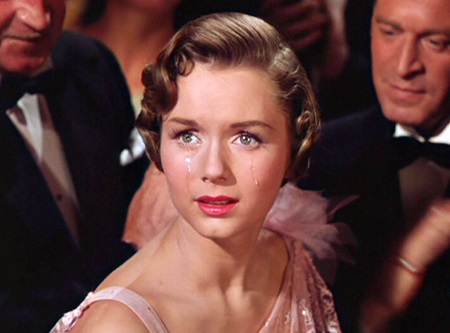 So, with that in mind, and with a heavy heart still grieving for all the magnificently talented artists, musicians, writers, journalists, athletes and icons we lost this past year, here are my picks as 2016’s best motion pictures. The Force was strong with all of them, and even when the stormy clouds chase everyone from the place, I’ve got a smile on my face just thinking about each one. Guess that means I’m singing in the rain (and I’m perfectly okay with that).

The following pages contain my personal ten picks as 2016’s best and worst motion pictures along with a handful of additional titles I feel are both worthy of a look as well as a must to avoid. There are also a number of other odds and ends, some of which I hope you find worthy of taking at least a passing glance at. And, with that, let’s say good riddance to this disaster of a year and hope for the best as 2017 comes calling. 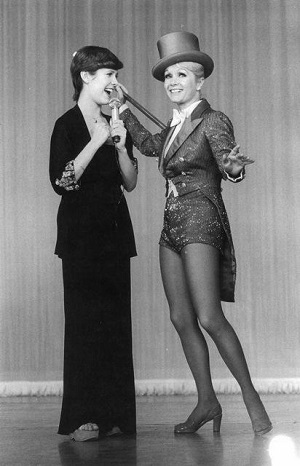