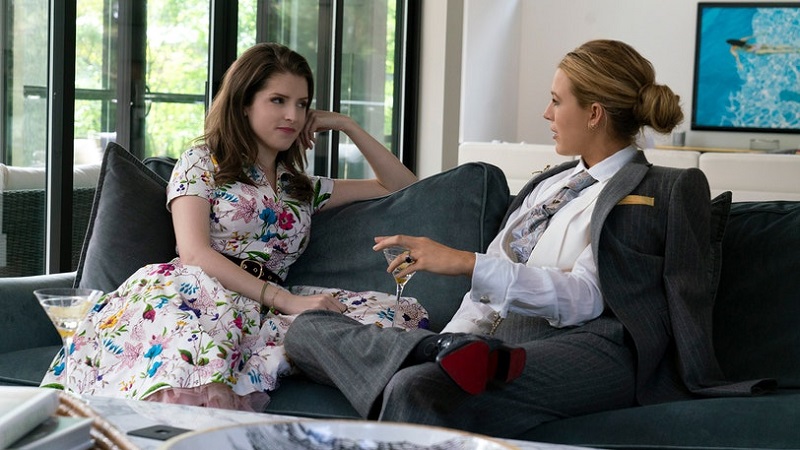 Emily Nelson (Blake Lively) has disappeared. The stylish and opinionated wife and mother asked her friend Stephanie Smothers (Anna Kendrick) to pick up her son Nicky (Ian Ho) from school five days ago only to never be seen again. Emily’s husband Sean (Henry Golding), in London at the time of her disappearance, is understandably worried, and while his wife has vanished in the past, she’s never done so quite like this. As she considers Emily to be her best friend, and because her son Miles (Joshua Satine) has become a close buddy of Nicky’s, Stephanie is determined to find out what happened, and in the process uncovers a surrealistic mystery of false identities, familial tragedy and outright psychological manipulation that’s unfathomable in its cryptically ambiguous enormity. 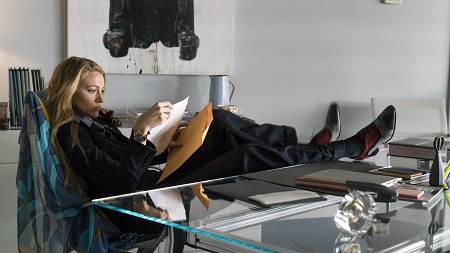 Based on the best-selling novel by Darcey Bell and featuring a crackerjack script by Jessica Sharzer (Nerve) and exquisitely dexterous direction by Paul Fieg (Ghostbusters, Bridesmaids),  A Simple Favor is unquestionably one of 2018’s most adventurously inventive surprises. A combination of a fiercely dark comedy, a labyrinthine psychological thriller and marvelously feminine character study analyzing friendship, parenthood, romance, sibling rivalries and heartrending grief in the wake of profound tragedy, this movie is a pure joy first frame to last. More importantly, it features a pair of performances from Kendrick and Lively that are both outstanding, the former in particular delivering an award-worthy turn of mesmerizing eloquence that had me wanting to give her a standing ovation as soon as the film came to an end.

Even though Fieg is a vaunted comedy director, it’s still surprising just how consistently funny this effort ends up proving to be. This is like some Agatha Christie mystery crossed with “Leave it to Beaver,” Gone Girl, Leave Her to Heaven, The Trouble with Harry and an old school Billy Wilder comedy like The Apartment or Some Like It Hot. It’s both vulgar and innocent at the same time, Stephanie’s plucky goody-two-shoes demeanor and Emily’s acerbic, foul-mouthed feminism cooking up a spicy gazpacho that’s as icy cold as it is agreeably tasty.

The jokes come fast and furious but almost all of them still feel organic to the material, to the characters and to the world they all inhabit. Fieg juggles things with a determined rambunctiousness that’s one part “Scooby-Doo,” one part “Murder She Wrote” and one additional part Laura, the director bringing an elegant old Hollywood gravitas to the proceedings while never undercutting the more playfully juvenile elements that make the film so much fun. Along with Game Night, this is one of the more anachronistic, imaginative and wholly original comedies to come down the pike in ages, watching it a merrily vulgar breath of fresh air I absolutely adored.

Lively is in full Gene Tierney mode and she’s wonderful. Filling costume designer Renee Ehrlich Kalfus’ (Hidden Figures) heavenly collection of pantsuits, leisurewear and other assorted designs to perfection, the actress paints a portrait of stylishly snobbish contempt that’s intoxicating. And yet, Lively takes things even further, her jolly wide-eyed astonishment as Emily warms to Stephanie’s quirky charms coming to life with an electric vibrancy that held me happily spellbound. It’s arguably the best performance of The Shallows and The Age of Adaline actress’ career, her feisty femme fatale a worthy addition to the film noir canon.

But as terrific as she is, and Lively is magnificent, the real star of the show is Kendrick. Sitting alongside Charlize Theron in Tully, Matilda Lutz in Revenge and Chloë Grace Moretz in The Miseducation of Cameron Post, her performance as Stephanie is one of my favorites of 2018. Kendrick hides a marvelous sea of hurt and intelligence behind her beatific bubbly façade, the pain of past regrets and years of blaming herself for unimaginable heartbreak coming to the surface with sublime naturalistic refinement. Here unique physicality, the way she commits herself to Stephanie’s transformative journey, her gonzo gusto as she does the unthinkable and finds a variety of ways to solve a myriad of mysteries while also healing her own fractured psyche, it’s all glorious. Kendrick excels in ways that boggled my mind, and whether chatting about making friendship bracelets on her character’s vlog or gently coercing a boozing alcoholic to reveal long-held family secrets in order to bring a semblance of light into a world smothered in darkness the actress does no wrong. 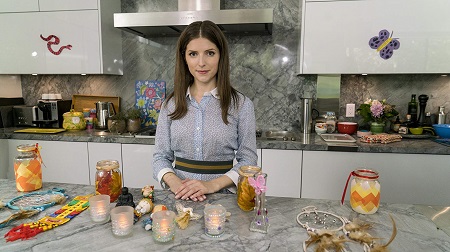 There are times when the overt silliness and pithy one-liners grow tiresome, and if not for the fact Fieg and Sharzer pay off their running gags involving a trio of snootily judgmental parents with a dazzling climactic joke I’m pretty certain I could have done without their observational Greek Chorus nonsense. Also, as charismatic as he might be, Crazy Rich Asians heartthrob Golding never gets the chance to develop his character as fully as his costars do, Sean not all that much more than a pretty face sporting an undeniably sexy accent.

But who am I kidding. I’m absolutely head over heels for this little gem of a motion picture. Great mystery. Interesting characters. Sidesplitting comedy. If I could program this movie as a double bill with the equally entertaining Game Night I’d so right this very second. More than that, I just hope people don’t let the ambiguous and purposefully sparse marketing for A Simple Favor dissuade them from giving it a look. Fieg’s film is one of the most thrillingly unique comedic undertakings of this or any other year, and as such I plan to head back to the theatre to watch it again for a second time relatively soon. 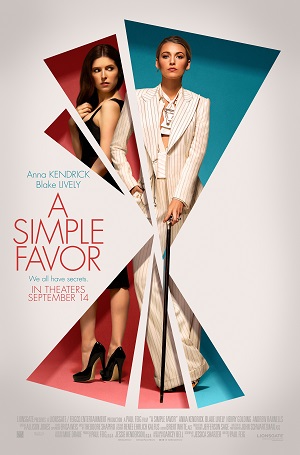