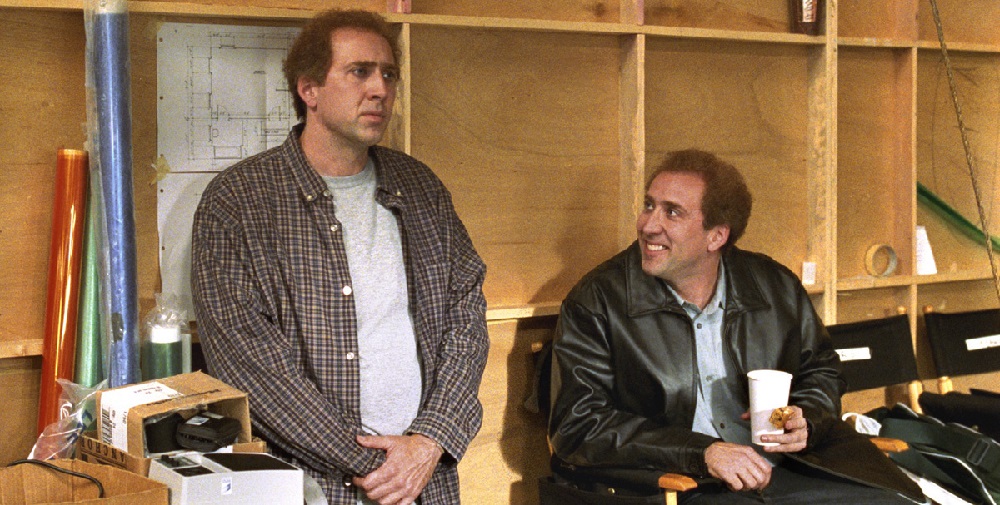 Charlie Kaufman (Nicholas Cage) has a problem. Well, he’s actually got more than one, but then who doesn’t? No, his main problem right now revolves around his chosen profession. He’s a screenwriter, and he’s been contracted to do an adaptation of Susan Orlean’s (Meryl Streep) nonlinear and nonfiction novel The Orchid Thief and it is literally driving him insane.

The story of John Laroche (Chris Cooper), a toothless Florida flower breeder, is the stuff of real people and real lives. “Why can’t there be a movie simply about flowers?” Charlie asks a smarmy studio executive (Tilda Swinton). Why can’t there indeed.

Adaptation is the best film of the year. I can’t imagine another one coming down the pike this smart, inventive, exciting and audacious. But how to describe it? Better yet, how did those involved even come up with it in the first place?

Writer’s block. That’s how. Screenwriter Charlie Kaufman didn’t have a clue as to how to adapt The Orchid Thief. His solution? He wrote himself into the story and created a script all about the art of screenwriting. Then he turns that on its head, too, by inserting the real people who participated in trying to bring the novel to the screen into the story as well, but fictionalizing (sort of) how they all came about getting involved.

Make sense? Not to me, either, but I adored it anyhow. The wacky team behind Being John Malkovich comes out swinging. Director Spike Jonze hasn’t met an awkward camera angle or a quirky perspective he hasn’t fallen in love with, and Kaufman might just be the most inventive screenwriter working today. I wasn’t all that enamored with their slightly over-praised previous effort initially but it really grew on me over time. Adaptation struck me as the best thing I’ve seen in ages immediately, and I can only imagine how much better it will look a few years from now.

It is hard to believe Oscar won’t come calling on Cage, Streep and especially Cooper (who is long overdue for recognition). For Cage (playing twins, no less) this is the most alive and intoxicating he’s been in ages. It’s nice to have the hyperactive charmer of Vampire’s Kiss, Face/Off and Moonstruck back at full tilt. Kaufman’s script brings out the best in him, so much so I’m not sure he’ll ever be able to top himself at any point in the future.

I’m not going to try and explain anything more. It would be virtually impossible to do so as it is. Just go see this movie. Immediately. Today. There are far too few films that make me giddy and excited about the art of cinema. Adaptation is one of them. See it at once. 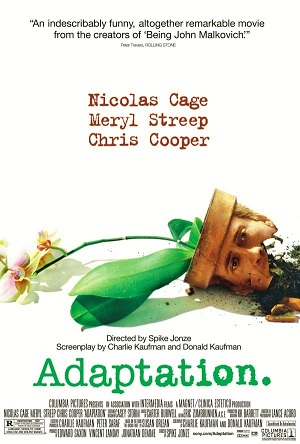