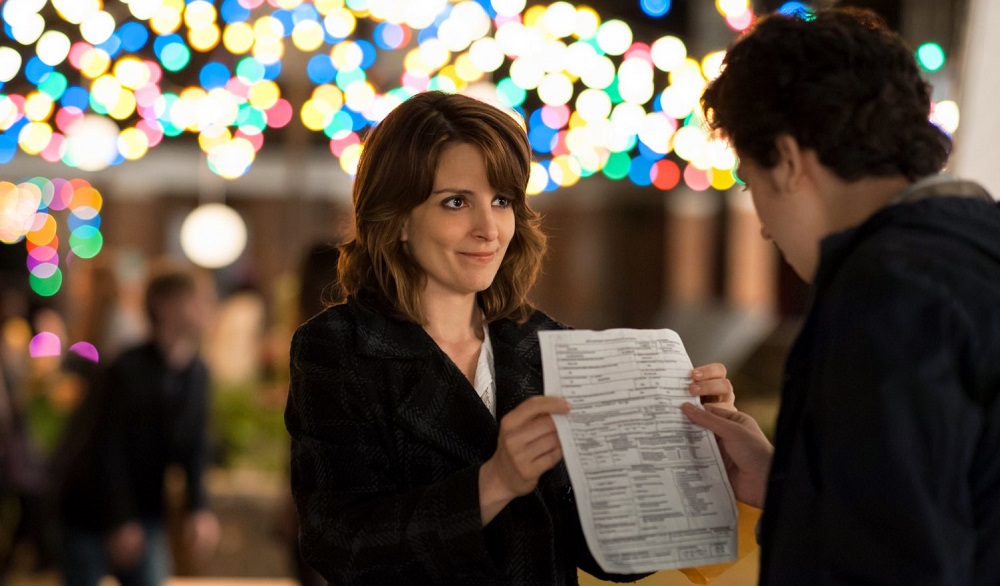 Portia Nathan (Tina Fey) is an admissions officer at Princeton. She looks at the applications sent in by hopeful High School seniors from around the country and then passes judgment. She’s good at her job, at least both her and the Dean of Admissions, Clarence (Wallace Shawn), who has recently announced his retirement, seem to think so, and in all actuality those are the only two opinions that matter.

Things get complicated after Portia heads out on her annual recruiting trip to visit regional schools. Not only is her uncompromising, freethinking mother Susannah (Lily Tomlin) her typical ill-tempered self, she’s also forced to reconnect with former collegiate classmate John Pressman (Paul Rudd), the free-spirited world traveler now running a progressive alternative school that she’s agreed to visit.

With mom spouting gibberish left and right, most of it detailing a cancer scare she didn’t think important enough to tell her daughter about, John has a revelation of his own. He thinks his most promising student, the wildly intelligent but stupendously unfocused Jeremiah (Nat Wolff), might be the child Portia gave up for adoption years prior, his zeal to attend Princeton just the impetus required for the two of them to potentially get to know one another.

Having not read Jean Hanff Korelitz’s novel I wasn’t sure what to expect in regards to Paul Weitz’s (About a Boy, Being Flynn) Admission. Working from a script by Karen Croner (One True Thing), I was pleased to discover how grounded and honest this potentially silly narrative turned out to be. Keeping the focus on Portia, never belittling her, always treating her with respect, never making fun of her actions or attempting to transform the character into a figure of ridicule or pity, the movie does a solid job of making her a fully-formed figure, and as such she becomes incredibly easy to relate to as things progress.

This is not to say either Weitz or Croner dull any of her edges or smooth away the admission officer’s imperfections. She makes bad decisions, and as silly (and, sad to say, pointless) as a subplot involving her failed relationship with a Princeton literary professor (gamely played by the always wonderful Michael Sheen) might be, that doesn’t make the dissolution of their union any less meaningful. Portia is a real woman, warts and all, and even if story requirements force her to do a couple of dubious things, especially towards the end, the reasons for their taking place still end up feeling authentically brittle.

None of this would work without out Fey, and she rises to the occasion. This is a wonderful performance, one that doesn’t rely on ticks and tricks to bring its points across. While some of the situations Portia finds herself in don’t always ring true the performance consistently does. Fey shows she’s far more than a one “30 Rock” trick pony, and anyone that’s thought of her as that and only that will be pleasantly surprised.

At the same time, while the movie is incredibly well cast (Tomlin’s scenes, while not allowing her to stretch or do anything new, crackle with acerbic electricity, while Rudd is his typically laid back self, flaunting his refreshing brand of self-effacing humor) it’s not like any of the supporting characters come completely to life. They are pieces of her puzzle, nothing more, and as such they don’t ever make a personal connection, meaning that the potential for believable romance between Portia and John never materializes. 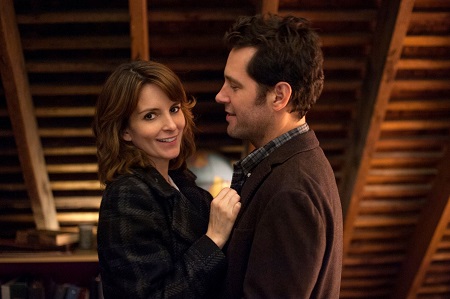 But I like the fact that Portia, even when faced with a possibility she never fathomed, doesn’t stop doing her job, that she vets Jeremiah as fully as any other potential student making sure he is ready to attend Princeton. Does she do some odd things once she decides he’s a good candidate? Sure she does, otherwise the film would be all of 15 minutes long. But until that point, up until she makes that determination, Portia remains committed to doing her due diligence, and while she ends up believing for this student more so than any she has in the past getting there means analyzing him just as studiously as she would any other promising candidate.

Like most Weitz efforts Admission goes on a little long, and I can’t say it resolves itself in a way I found entirely rewarding. All the same, I was more than satisfied by the experience of watching this one, my time in the theatre one I thoroughly enjoyed. Fey dominates, delivering a performance that held me happily captivated until the end. I also liked the fact that Croner’s script doesn’t go for easy answers, doesn’t paint rosy pictures, allowing for failure and success to intermingle in almost equal measure. The movie is a good one, and as applications for ticket purchases go this is one submission I can heartily endorse. 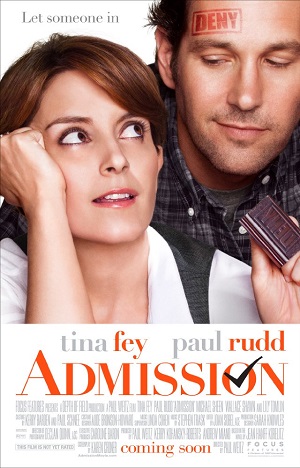