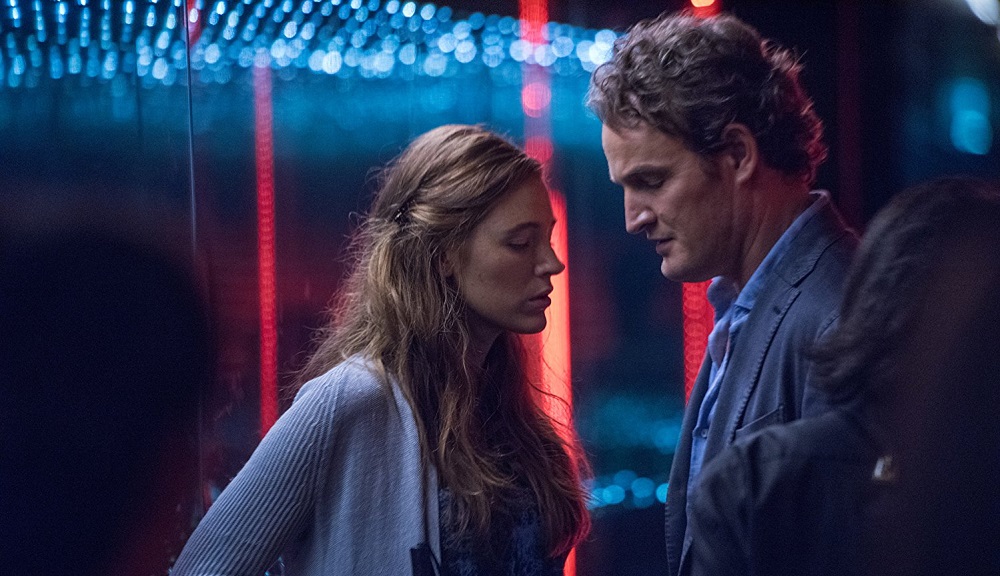 Gina (Blake Lively) and James (Jason Clarke) currently live in Bangkok, Thailand. He works in insurance while she mostly putters around in their spacious downtown apartment, teaching guitar to bubbly next door neighbor Lucy (Kaitlin Orem). She swims at the local pool while he enjoys going out at night for drinks with his coworkers. The couple appears to have the perfect life, and even though Gina is almost completely blind that does not stop the two from longing to start a family, dreaming of a future where the pitter-patter of little feet running through the home early in the morning is the sound of their own children making mischief. 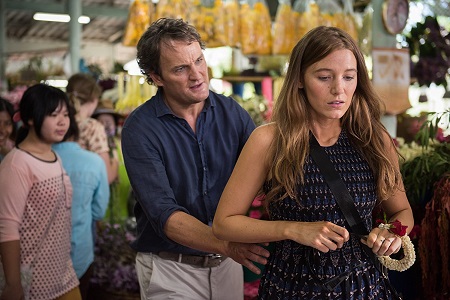 Thanks to the groundbreaking work being done by the kindly Dr. Hughes (Danny Huston), Gina has cornea surgery that restores the sight to her left eye. Having not been able to see since a devastating car accident tragically resulted in the death of her parents when she was a youngster, the influx of light and color back into her life is an emotional roller coaster that fills the young woman’s heart with oceans of joy. But as wondrous as all of this is, for James this turn of events is a double-edged sword. So used to caring for Gina, so comfortable being her protector, his wife’s newfound freedom and ability to fend for herself scares him. Their relationship has changed on a fundamental level, the love they share potentially not enough to carry them through into this brave new dawn.

There’s initially a mesmerizing grace to director Marc Forster’s All I See Is You that’s stupendous, the Monster’s Ball and World War Z filmmaker crafting an enthralling drama about a young woman being reintroduced to the world as if the very first time once she regains her eyesight. It allows her to conquer fears, put demons to rest and discover a power and a fortitude that had been hidden deep inside, learning that just because she’s been given back her eyes doesn’t mean she has been able to see what’s been happening all around her when she was blind. As a human drama about two people re-navigating the path they thought they were on when it suddenly becomes impassible, there is a lot to love about Forster and Sean Conway’s (“Ray Donovan”) script, its early passages achieving an austere, surrealistic intimacy I was fascinated by.

But then something happens. The movie suddenly becomes obsessed with sex on a level that, while not entirely unbelievable, still feels pointlessly sensationalistic. Then there is the attention shift to James. What should have been a complex, deft examination of this husband’s early inability to adjust to his wife’s newfound ability to take care of her own needs without his aid, suddenly turns into some ham-fisted thriller about jealousy and subterfuge that’s as exhausting as it is tedious. It’s a disastrous turn of events, the film doing an absolute face-plant into mediocrity after showing such delicate, intimately humane promise during its opening passages.

I will say, from a purely visual standpoint, All I See Is You is stunning. Forster and cinematographer Matthias Koenigswieser (After the Fall) come up with a way to showcase the way Gina sees the world pre-surgery that is an imaginative sensory whirligig. Light and sound collide, everything a hazy jumble that fades into a kaleidoscopic mishmash where navigating through all the chaos to find confident serenity is pointedly difficult. As Gina begins to regain her sight, the visuals slowly introduce solid images, everything viewed through a hazy cloud where the edges are a constantly embryonic blur. While on some level a bit pretentious, nonetheless these visual interpretations of this young woman’s situation are uniquely compelling, adding a layer of understanding unnerving empathy I was justifiably drawn to.

None of which forgives the story’s transition from gripping to hogwash. The way the movie discards the most intriguing aspects of its narrative in order to push forth a new one revolving around distrust, paranoia, jealousy and emotional impotence is catastrophic. These new tangents are as absurd as they are silly, the introduction of a sexy fellow American (Wes Chatham) whom Gina is intrigued by and James is wary of particularly disastrous. Forster and Conway throw in twist after twist after twist all in a race to see how much stuff they can cram into the final 30 minutes, their attempts to head into a creepy Hitchcockian netherworld similar to Marnie, Shadow of a Doubt or Suspicion absolutely disastrous. 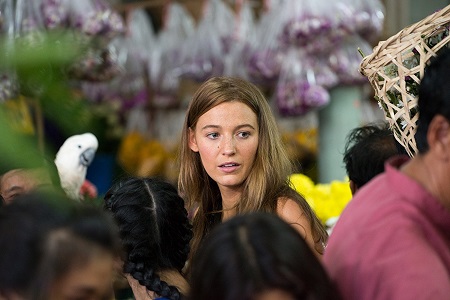 I’ve long been a Blake Lively fan, even since her “Gossip Girl” days. She’s excellent in The Town, holds her own against that determined shark in The Shallows and is just beguilingly adorable in the time-bending romantic drama The Age of Adaline. As Gina, the actress does some of her best work, the variety and expanse of emotions she so deftly manages to travel through impressively byzantine. One scene, in particular, a journey to a Thai flower market, blew me away, Lively’s ability to showcase pure, unabashed joy is coupled with a knowing understanding of just how fundamentally life has changed with her character, the raging melodious disharmony of these varied feelings, all delivered nonverbally, just astonishing.

It’s a shame the movie can’t live up to her performance. By the time things shifts into hackneyed thriller contrivances, it becomes increasingly difficult to maintain interest in what is happening to Gina or why James is having so much trouble converting to this brave new world where his wife can suddenly see. It’s all so pointlessly convoluted and needlessly rushed, any chance these moments could feel natural or organic to the story at hand impossible. All I See Is You had promise, massive amounts, but it can’t deliver on just about any of it, making it a blindly incoherent failure not worth opening one’s eyes to. 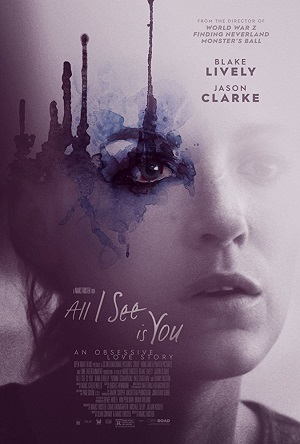