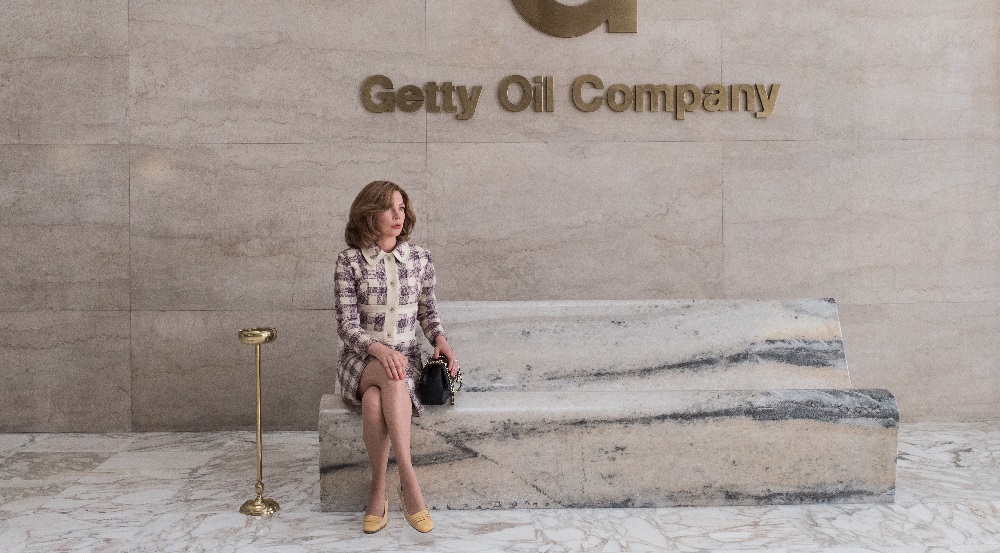 On July 10, 1973, John Paul Getty III (Charlie Plummer), “Paola” to his Italian friends, is kidnapped. His captors, led by the charismatic Cinquanta (Romain Duris), are asking for $17-million in ransom for the teenager’s safe return, money his single mother Gail Harris (Michelle Williams) does not have. But his grandfather John Paul Getty (Christopher Plummer), the chairman of Getty Oil and the richest man in the world at this moment in history, certainly does, and it is from him these violent men believe they are going to be paid. 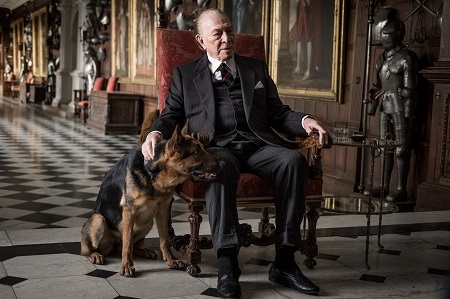 Not so fast. This titan of industry isn’t so quick to give up even a single dollar of his vast fortune. In fact, he’d rather not deal with Gail at all, the curmudgeonly old man still upset at his former daughter-in-law for divorcing his ne’er-do-well son (Andrew Buchan) and taking his grandchildren away from him almost a decade prior. Instead, he dispatches his most trusted fixer Fletcher Chase (Mark Wahlberg), a former C.I.A. analyst who specializes in high-level secret negotiations, to assist with the investigation into the kidnapping. But Gail only wants one thing, and that’s the return of her son, and she’s willing to do whatever it takes to ensure he’s brought home safe and sound.

Inspired by events that shocked the world, based on the best-selling book by John Pearson and working from a script written by David Scarpa (The Last Castle), director Ridley Scott’s visceral thriller All the Money in the World hasn’t exactly been flying under the radar. Originally starring Kevin Spacey as John Paul Getty, once set to premier at a star-studded screening during AFI Fest in early November, once news of the actor’s history of abuse and misconduct went viral it became clear the film wouldn’t be financially viable, maybe not even releasable, in what was at that moment its finished form. In an unprecedented move, Scott convinced Sony Pictures to allow him to recast Plummer in the role of Getty and reshoot all of the scenes involving Spacey, assuring the producers and the various powers that be he could do this skillfully and fast enough to still meet the picture’s original late December release date.

Maybe it shouldn’t be surprising that the esteemed filmmaker behind movies as diverse as The Duellists, Alien, Blade Runner, Thelma & Louise, Gladiator, Black Hawk Down, Matchstick Men, Kingdom of Heaven and The Martian was able to pull something like this off. Maybe I shouldn’t be as impressed with the accomplishment as I am. The reality is that All the Money in the World, while hardly flawless, is sensationally entertaining. Featuring a performance from Williams that is as beautifully nuanced and overflowing in naturalistic intensity as any she’s previously given, Scott’s latest is an absorbing procedural that is marinated in uncomfortably authentic tension, events building to an explosive conclusion that left me happily gobsmacked.

There are three elements I was fundamentally impressed with, the most obvious one pertaining to any scene or moment centering on Plummer. While it’s hard to say his performance as Getty was much a stretch for the Oscar-winning legend, he still adds a layer of menacing gravitas that’s delectable. It’s obvious that the other actors are energized whenever they are in his presence, and whether that is because they understood the stakes of having to be involved with these reshoots or because feel forced to bring their collective “A” game when they are around him we’ll likely never know. Nonetheless, these scenes are consistently outstanding, watching Plummer devour every syllable of dialogue with such devilish relish a constant joy.

Then there are the scenes between Paulo and his kidnappers, most notably the emotionally conflicted Cinquanta, nicely portrayed by French superstar Duris. An actor of dynamic range, making noteworthy impressions in films like The Beat My Heart Skipped, Molière, L’auberge espagnole, Paris and Populaire, he brings an anxiously parental quality to the supposedly heartless kidnapper I found unexpected. I could feel the conflict burning inside the character, all of the scenes featuring Duris capturing my attentions so fully I was a little worried that the sections of the film without him would pale in comparison.

I shouldn’t have worried, because Williams, so luminous in the musical The Greatest Showman, so divine in her brief appearance in Todd Hayne’s spellbinding Wonderstruck, delivers a performance that is a thing of absolute beauty. Her tortured, grief-stricken Gail isn’t a timid wallflower. She does not want to be shepherded into a corner. She won’t stand to sit a listen as she’s mansplained what the “facts” of the situation are by people who clearly think they know more than they do and that her opinions are invalid. Gail will claw. She will fight. She will not go quietly into the good night. As such, Williams brings so much to the table, the physicality of her movements having a frazzled nervous quality that only helps conceal the hidden tigress within, this woman’s power her ability to overcome her apparent powerlessness by showcasing a determined resolve that refuses to believe “impossible” or “no” are words that should exist in this particular situation. But she does so with a quiet dignity that broke my heart, this performance building in intensity and power as events progressed. 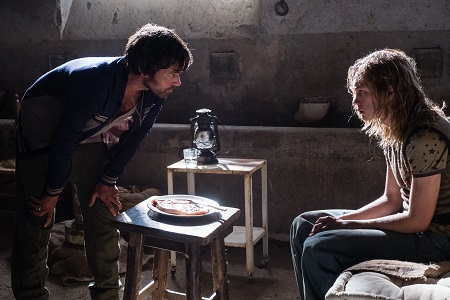 There are some issues, most of them minor. Pacing isn’t always as strong as one expects it to be where it comes to a Ridley Scott production, and the actual kidnapping itself is depicted with such a humdrum matter-of-fact simplicity that a moment that was supposed to introduce immediate tension into the narrative instead only drew from me a mildly disinterested yawn. The bigger problem is Wahlberg, not because he gives a bad performance, he doesn’t, but more because he gives the kind of motor-mouthed, high-energy turn that’s more at home in a film like The Departed, Ted, Lone Survivor or The Other Guys than it is in a down-to-earth procedural such as this. There’s nothing about Fletcher that fits the time or place in which the story is set. The actor stands out like a sore thumb, and other than one extraordinary, intensely magnetic scene with Plummer late in the narrative, Wahlberg is the weak link that sadly keeps things from soaring to the heights the movie might otherwise have been able to ascend to.

Not that it matters. Scott has pulled off something glorious here, his technical expertise as strong as ever. Featuring camerawork from Dariusz Wolski (The Walk) that’s downright stunning and crackerjack editing by Oscar-winner Claire Simpson (Platoon) that’s bristling in vigorous intensity, Scott orchestrates it all with pinpoint precision, the final moments hurtling to the edge of my theatre seat with unexpected ease. Best of all might just be Daniel Pemberton’s (The Man from U.N.C.L.E.) magnificent score, each note a flawless accompaniment to the action it’s augmenting, the marriage of image, sound design, performance and music a sublime aria of sacrifice and anxiety that’s incredible. All the Money in the World works, the celebrated filmmaker showing just why he is one of the most justifiably lauded directors of his generation, his latest movie well worth the ticket price of theatrical admission. 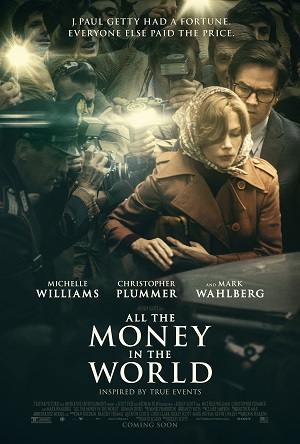