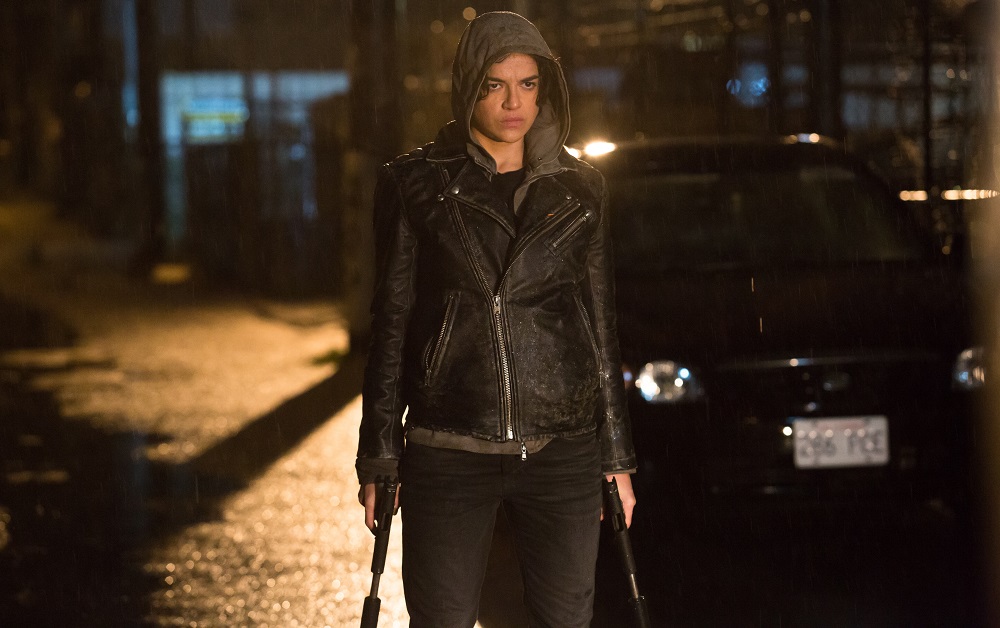 Professional killer Frank Kitchen (Michelle Rodriguez) isn’t a nice guy, this scuzzy assassin more than happy to slink around dive bars and sleep in dingy, rundown motels just as long as the job gets done. But after he’s double-crossed by his most recent employer Honest John Hartunian (Anthony LaPaglia), the hitman is all but certain he’s about to go down for the long dirt nap. 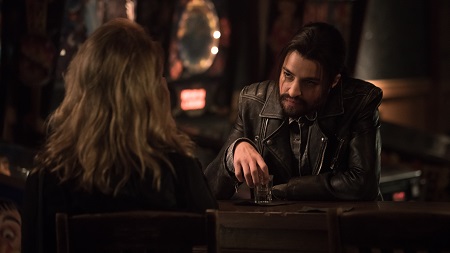 So imagine Frank’s surprise when he wakes up in a new hotel room, clothes in the dresser drawer, some pills at his bedside and a couple hundred dollars to pay for various incidentals like food. But something else has also changed. Frank has had full sexual reassignment surgery, a mysterious voice on a recorder letting him know in no uncertain terms she’s done this to him both for revenge and as a scientific experiment. She wants to know if he will change his ways if given a fresh new start, that he’ll give up killing and embrace the femininity she’s surgically gifted him. But all Frank wants is revenge, and as soon he can acquire a gun he intends on hunting down all who did this, especially the secretive doctor who altered his body so significantly.

Writer and director Walter Hill’s latest violent noir thriller The Assignment fits comfortably alongside Johnny Handsome and Extreme Prejudice as far the veteran filmmaker’s extensive filmography is concerned. It is a tough, brooding piece of pulp fiction where bodies fall freely, blood is spilled and revenge – not justice – is on the mind of the two primary characters. Its hot-button, admittedly exploitive central premise notwithstanding, this is a fairly typical effort for the 48hrs. and The Warriors auteur, playing with themes and concepts that anyone familiar with even a small handful of any of his previous features would recognize instantaneously.

The worry going in, understandably so, was that Hill was going to deliver something insultingly transphobic, that he was using the sensationalism of the concept to drive things in a way that would marginalize the Transgender experience in ways that would be regressively offensive. What’s odd is that, even with this exploitation element front and center, the script is actually quite profound as it discusses gender and gender identity issues, a long monologue delivered by the brilliantly evil Dr. Rachel Kay (Sigourney Weaver) around the film’s midpoint astoundingly insightful. More than that, Hill never labels Frank Kitchen as being anything other than who he is, a man who has been surgically mangled and not any sort of blasphemous examination of the male-to-female Transgender experience. The movie believes in science and, if anything, praises Trans individuals for their courage and tenacity, a moderately unexpected turn of events as far as I was concerned.

All of which makes the narrative laziness of everything else happening inside The Assignment all the more frustrating. Hill, working with co-writer Denis Hamill (Critical Condition, Turk 182!), is going through the motions as far as the main revenge storyline is concerned. Worse, the pair do the film no favors in regards to the framing device they’ve concocted, an incarcerated Dr. Kay talking about what she did to Frank Kitchen and why she did it to an incredulous penal psychiatrist, Dr. Ralph Galen (Tony Shalhoub), in hopes of being let out of the psych ward in order to stand trial for a variety of crimes she wants publicized. By doing things this way, the movie ends up having nothing in the way of tension or mystery, the whole thing ending up being more of a pretentious talk-a-thon character study than the violent, bullet-riddled revenge thriller hinted at early on.

Not that there isn’t plenty of blood and guts. Once Frank gets things in some semblance of order, he goes on the requisite killing spree, hunting down one-by-one all those who physically mangled him. But there’s such a matter-of-fact tediousness to these sequences that suspense is all but nonexistent. More, because of the framing device, there’s also little tension, the idea that Frank is going to get seriously harmed by any of the underworld thugs he encounters in his quest to discover the truth close to nonexistent. 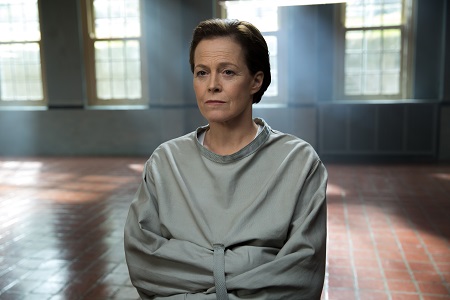 Weaver, given so much preciously conceited psycho-babble dialogue the sheer volume of it is honestly impressive, still makes an aggressively unsettling villain, the veteran actress having something of a jovial, free-spirited field day as she gleefully plays up Dr. Kay’s vain self-important madness. She and Shalhoub have terrific rapport, both making what they can of their scenes together, helping give the movie an urgent agency it otherwise lacks. It’s also nice to see veteran character actor LaPaglia back in action, and while he’s underutilized, the key moment where his low-level Mafioso helps Frank Kitchen put things in perspective is still rather excellent all things considered.

Then there is Rodriguez. While I think putting a Trans actor in the role would have given the story more heft, that doesn’t make the popular action actress’ performance any less brave. Rodriguez does a fine job overall, never playing Frank as anything other than the man he is, even post his forced transformation, while the sequence where the hitman discovers what’s been done to him while staring into a mirror is heartbreakingly raw and viscerally startling. But once that’s accomplished there’s precious little for the actress to do, and as such maintaining interest in Frank’s endeavors grows more and more difficult as the film progresses towards its inevitable conclusion.

For Hill, The Assignment is a return to his low budget roots. Yet the film is light years from the assertively macho masterworks like The Driver, Hard Times or Southern Comfort, while on an action front there’s little to talk about, so even second-tier efforts from the director like Red Heat, Last Man Standing or Bullet to the Head look like masterpieces in comparison. As it is, The Assignment isn’t close to the offensive abomination the controversy surrounding its making and release has led some to believe. But while I’m happy Hill has such progressive beliefs as they pertain to gender identity, I’d have been even happier had he and Hamill written a thriller worthy of such open-mindedness, his latest feature nothing more than a maddening grindhouse disappointment. 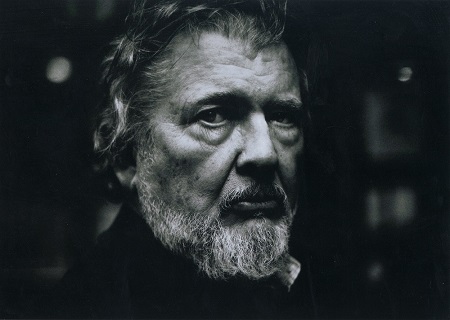 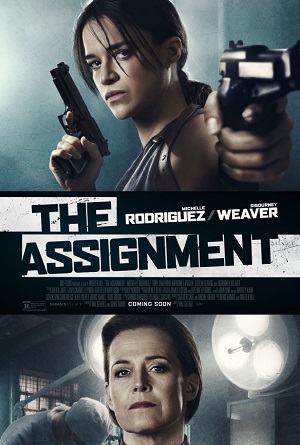