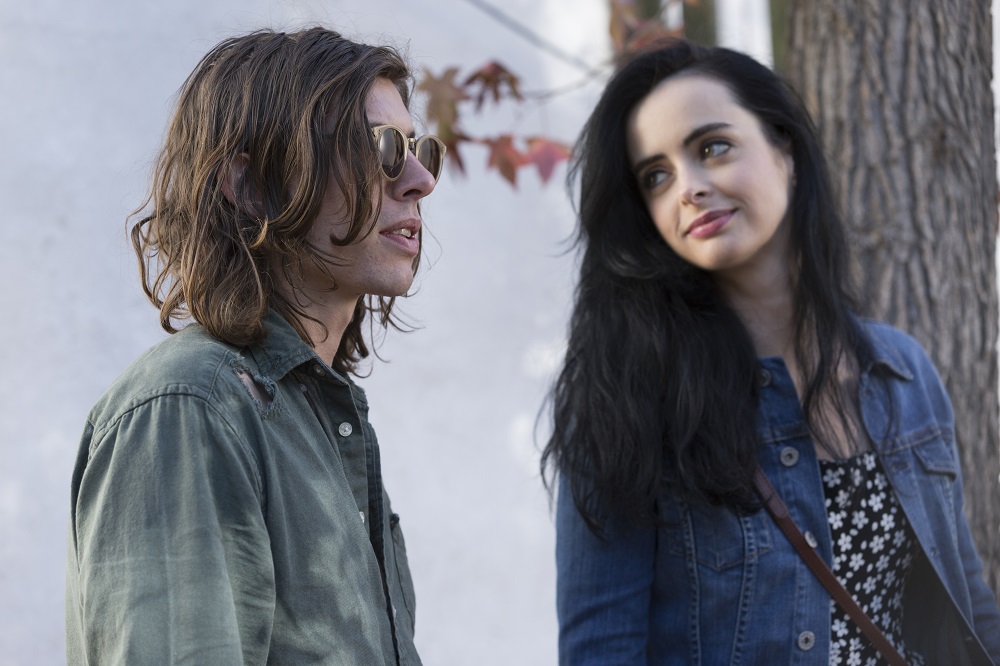 Gus (Benedict Samuel) is a New York City loner who spends his days feeding his drug habit, chain-smoking and trying to avoid phone calls from his wealthy father (Jerry Zucker). One day he decides to steal a Rolls Royce, more because he can than for any real reason, and on a spur of the moment whim agrees to give free-spirited tattoo artist Ruby (Krysten Ritter) a ride into the country to the hippie commune of a semi-famous rock star. Along the way he plants the car into a ditch and claims to be going to see his sick, bedridden mother (Rosanna Arquette), when in fact he’s off to score some heroin and has long, existential conversations with an imaginary werewolf (Nick Nolte). Gus is pining for a world he’s too young to know a thing about, let alone have any memory of, Ruby driven close to mad wondering what it is she sees in this loser that makes her ponder trying to save him from his own selfish miseries. 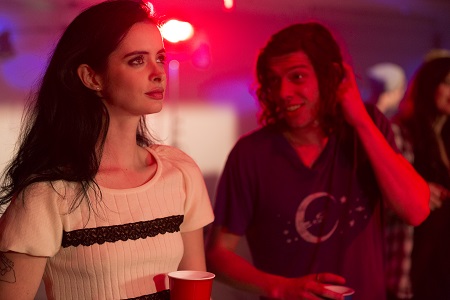 If there is a point to Asthma, the debut narrative feature for actor-turned-director Jake Hoffman (The Wolf of Wall Street), I’m not sure I get what it is. This is a ponderous, emotionally indulgent addiction melodrama that wanders around aimlessly, desperately trying to find a reason to matter. It uses quirk and whimsy to mask just how one-dimensional and unappealing the main character is, never following through on any of its bigger ideas, content to showcase Samuel in all his skuzzy, smoke-covered glory and little else. The movie is a waste of time, and trying to figure out what drew anyone involved to be a part of it is way beyond me.

As always, those kinds of statements are a bit unfair. Ritter is a striking, gawkily intriguing talent and, whether it is “Veronica Mars,” “Don’t Trust the B—- in Apartment 23” or the excellent Netflix series “Jessica Jones,” she always finds a way to capture the attention no matter how banal or pointless things going on around her might prove to be. Her introductory scenes in a nightclub are kind of delightful, while her climactic verbal smackdown of Gus is an electrifying jolt the film itself had been frustratingly missing up to that point. I’m not going to say Ritter’s terrific, the movie around her is just too unsatisfying and dull, but she does make the most of every moment she is a part of, a thing almost no one else in the eclectic cast (which includes Goran Visnjic and Iggy Pop) can claim. 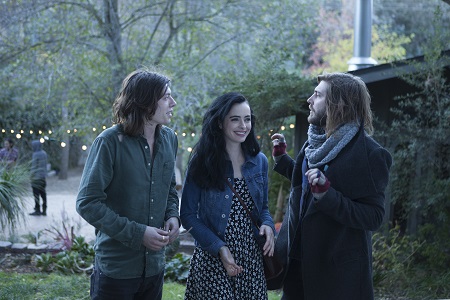 I should also say that David J. Myrick’s stripped-down, cinéma vérité esthetic is oddly appealing, giving things a gritty, documentary-like sheen that’s wholly appropriate to both the subject matter as well as the world Hoffman is attempting to create. Hoffman’s use of locations is also strong, suggesting that his directorial chops aren’t nearly as suspect as the overall mediocrity of the motion picture itself might lead some viewers to initially surmise.

But it’s his writing skills I can’t help but question, Hoffman’s script a cloying hodgepodge of ideas and themes a gigantic barrelful of similar motion pictures have tackled far more successfully over the decades. Films like The Lost Weekend, Clean and Sober, Barfly, Sid & Nancy and this year’s far more invigorating and impressive Heaven Knows What can’t help spring to mind, Asthma sorely lacking on all fronts when those comparisons are made. Gus just isn’t a guy I liked spending time with, watching him meander around gracelessly about as entertaining as having tiny hot needles poked into my eyes A Clockwork Orange-style. The movie just isn’t very good, watching it about as much fun as the body-numbing hangover incurred after an all-night bender downing tequila shots sans chasers. 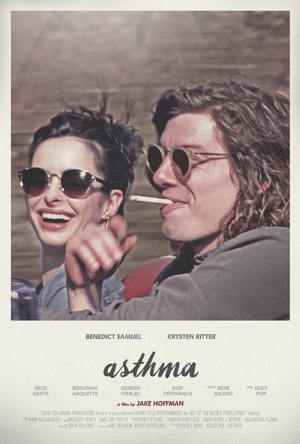