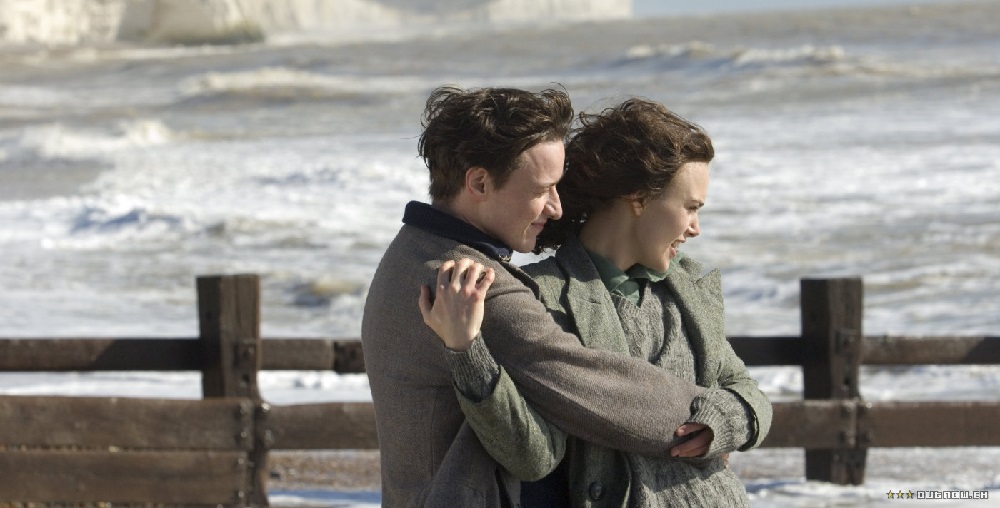 Atonement is perfect. There isn’t any other way to describe it, director Joe Wright’s follow-up to his Oscar-nominated adaptation of Pride & Prejudice one of the more profound and stunningly enthralling motion picture experiences I’ve recently experienced. The film is a landmark achievement, and alongside Once, No Country for Old Men, Zodiac and Ratatouille it is easily one of the finest pictures I’ve seen in this year.

Based on the novel by Ian McEwan, and with much of it filmed on location in the United Kingdom, the story begins with a devastating accusation by 13-year-old fledgling writer Briony Tallis (Saoirse Ronan). This sends the romantic longings of her older sister Cecilia (Keira Knightley) and friend Robbie Turner (James McAvoy), the educated son of the family’s housekeeper, into a dark and twisted tailspin from which it cannot recover.

Flashing forward into the chaos of World War II, Robbie is now conscripted in the Army while Cecilia has left home to become a nurse living in the heart of London. It is here they reconnect and their love, which had once been so callously tossed away because of a sibling’s false witness, is rekindled in a fiery blaze of passion.

Through it all, a now 18-year-old Briony (Romola Garai), herself eschewing Oxford to train as a nurse, desperately searches for a way to atone for her tragic mistake. Her penultimate decision is not an easy one, and it by no means will erase the damage she’s done to both Cecilia and Robbie’s relationship. But if she’s done her job correctly this expiation might outlast all three of them, her final statement an enduring symbol of the power of everlasting love future generations all over the world will hopefully embrace and learn something from.

Evoking the ghosts of David Lean, Stanley Kubrick, Michael Powell, Emeric Pressburger, Joseph L. Mankiewicz and John Schlesinger, Wright has crafted an intimately engrossing British period piece that’s equal parts shattering and triumphant. There isn’t a false note or beat to be found anywhere, and the more McEwan’s tale spins and winds and wraps within and around itself the more I became utterly lost inside its myriad of exhilaratingly emotional layers.

What is astonishing is how clearly the film respects the power of the written word. So many motion pictures use writers and their works as central characters while so few understand what it is literature can accomplish when raised to a universal art form. Syllables have meaning beyond their simple roots, while a few eloquent sentences strung together melodiously can have the cathartic ability to ease pain, alleviate suffering and bring peace to a heart weighed down heavily with unimaginable torment.

The filmmaker appreciates all of this, the story subtly moving to a coda so unexpectedly moving I almost didn’t see it coming. More, Wright doesn’t beat viewers over the head with his themes, the inherent melodrama at the center of the story as fluid and as genuine as any which can be found in everyday life. The world of Atonement may be gone, these people and their society alien to those of us raised at the tail end of the 20th century, but that doesn’t make their search for truth any less stirring or their longing for love’s everlasting comforts any less magical.

Wright wraps his themes together in a beautiful bouquet of passing glances, fleeting touches and frantically composed messages, everything coming together in a single look of quiet regret from an old woman coming to terms with all that her life has entailed. The picture lives and breathes Briony, Cecilia and Robbie’s world yet never loses touch with the pulsating fast-paced cadences of modern times. It transcends easy definitions and all the normal genre constraints to morph into something brilliantly alive, the director elevating things to a cinematically rapturous plateau in the process. From the acting of its entire cast (especially extraordinary newcomer Ronan), to the technical virtuosity consistently on display (Sarah Greenwood’s production design is astounding, while Dario Marianelli’s evocative score is magnificent), Atonement is a revelation, maybe even an instant classic. 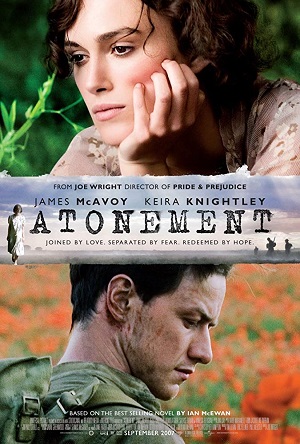