Anna (Zoe Lister-Jones) and Ben’s (Adam Pally) marriage has seen better days. They’re constantly at one another’s throats, their arguments achieving a level of vitriol and animosity it’s a wonder they two haven’t decided to call it quits, called lawyers and started divorce proceedings. But there’s a tragic anger driving their enmity that compels them to try and find a way to work things out, and if Anna and Ben could only channel those complex feelings in some sort of creatively positive way, maybe their marriage could be saved. 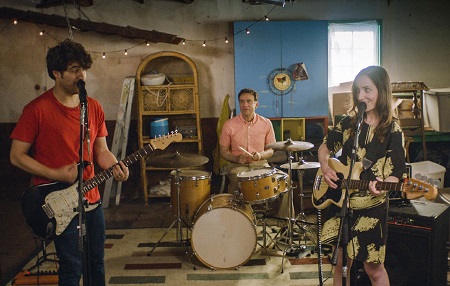 Inspiration strikes. Anna wonders, what would happen if the two of them set their arguments to music? What if they started a band with the goal of playing an open mic night at a local club in order to get these feelings out of their system, tossing them back into the world as musical fodder for listeners to sing along with? What would that be like? It’s an odd idea, make no mistake, but one both Anna and Ben feel oddly compelled to try, even enlisting their peculiar, awkwardly nosey neighbor Dave (Fred Armisen) to play the drums in their infant rock band.

The directorial debut of writer and actress Lister-Jones (Lola Versus, Consumed), I don’t think I could adore Band Aid more if I tried. A magical, intimately compelling story pulsating with invigorating music and refreshing emotional insights, this is a smart, delicately lissome little drama that left me flabbergasted by just how much it left me aching in multifaceted rapture by the time things came to a conclusion. A beautiful meditation on romance, marriage and family, this captivating gem is one of the year’s most joyfully electric and cathartically alive achievements, and for Lister-Jones it shows a level of narrative maturation that caught me by surprise.

It’s the level of forthright honesty that floored me the most. Much like Richard Linklater’s Before Sunset, John Carney’s Once or David Lean’s Brief Encounter, as eccentric or as coincidental as some elements might initially appear, the emotional elements propelling the characters forward are continually nothing short of genuine. No matter how silly things might initially appear, the events surrounding Anna and Ben are never belittled, never marginalized, their anger and grief only equaled by their continued affection for one another as well as an absolute desire to see if they can fix things before divorce becomes the only other viable option available.

Lister-Jones doesn’t browbeat the audience like she did with her script for Lola Versus. There’s an understated subtlety to this story that allows for a grounded take on the material, one that reminded me more of something like John Cassavetes eviscerating 1968 classic Faces than it did virtually anything else. It’s lighter on its feet than that potboiler, and it’s certainly much less violently vitriolic, but the ebb and flow of the interpersonal dramatic pieces showcase an eerily similar élan that hit me hard. Anna and Ben’s fights are bruising, they take no prisoners. But when they’re put into song they allow for a form of cathartic release that’s startlingly universal, striking a potent chord I found I was still mulling long after the film itself had reached its conclusion.

I don’t want to say too much. While not a lot about what happens here surprises or falls too far outside of standard plot conventions, the European-like focus on the characters and their relationships, as well as the stripped-down filmmaking stylistics reminiscent of Hollywood dramas (both indie and studio financed) of the late 1960s, early 1970s cannot be undervalued. Lister-Jones’ hushed approach challenges the viewer, forces us to sit inside Anna and Ben’s clothes in a manner that isn’t always comforting. But by having us walk the same mile they do in shoes they themselves are wearing is a therapeutically evocative means to an exceedingly profound end, Band Aid hitting so many right notes any false ones it might inadvertently strike are lost in a symphony of reflective magnificence I could listen to for days on end with no hesitation whatsoever. 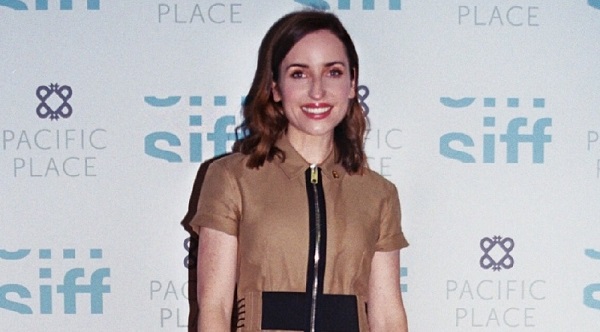 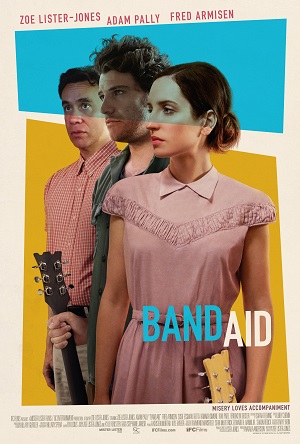