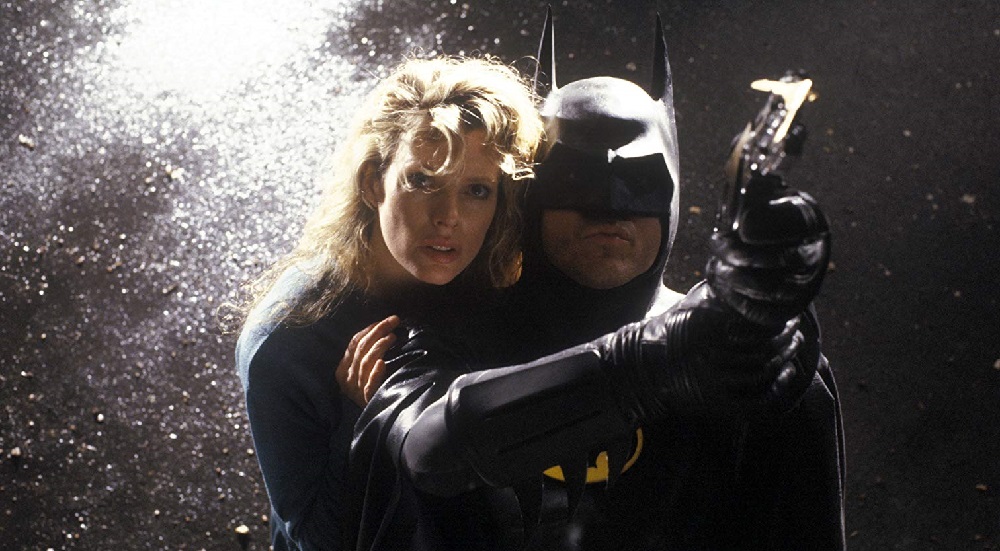 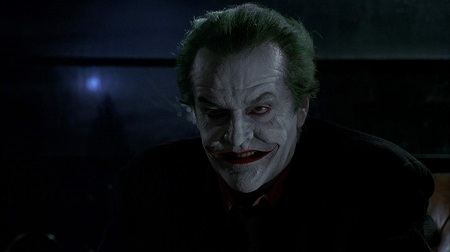 Before the Marvel Cinematic Universe became the one thing all Hollywood studios were trying to emulate. Before Warner Bros tried to make the DC Cinematic Universe only to crash, burn and then find success letting Wonder Woman, Aquaman and Shazam! be more or less their own thing. Before the likes of Christian Bale, Ben Affleck and Robert Pattinson (rumored to become the Caped Crusader next in 2021 for director Matt Reeves) wore the cowl and prowled the streets of Gotham looking to catch criminals in the act. Long before any of that direct Tim Burton, actors Jack Nicholson, Michael Keaton and Kim Basinger and screenwriters Sam Hamm and Warren Skaaren brought creator Bob Kane’s creations to the big screen in a big budget Hollywood production with 1989’s Batman. A massive hit, the film ushered in a new generation of comic book filmmaking (for better and for worse), changing the way critics and audiences viewed these sorts of projects forever.

All of that’s interesting and all, but none of it would mean a darn thing if the movie itself wasn’t still worth the bother of talking about. Thirty years after its original release, Burton’s rambunctious gothic production is still a perfectly cast stunner. It’s an imaginatively kinetic maelstrom that features spectacular, Oscar-winning production design by the late Anton Furst, magnificent costumes courtesy of two-time Academy Award-nominee Bob Ringwood, stunning cinematography from the great Roger Pratt and an iconic score that made Oingo Boingo frontman Danny Elfman instantly one of the most in-demand composers in Hollywood.

As for the movie itself, it’s dominated by Nicholson. His performance as The Joker/Jack Napier is an all-timer, the legendary actor going absolutely bonkers but doing so in a way that’s still consistently in service to Burton’s larger vision for the production. While it at first seems he’s an energetic cartoon come to life, there is an emotional carnivorousness to events that can’t help but always get under my skin. As bonkers as Nicholson might be there is a purpose behind his exuberant mayhem, his ability to dominate all of this ghoulish over-the-top, overtly theatrical insanity second to none. 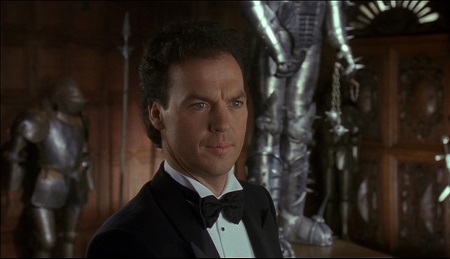 But I think people tend to overlook just how superb Keaton is. He’s the quintessential Bruce Wayne, and personally I feel like he’s always embodied that side of the character better than anyone else ever has. Yet he’s also a strong Batman, more so than I think I initially gave him credit for being back when I first watched this film as a youngster 30 years ago. He balances the psychological imbalance between the two sides of this character in a precise manner that’s kind of astonishing, imbuing the superhero with a deranged tragic humanity that’s continuously compelling.

Are some aspects of the film dated? Sure. But Burton’s affinity for this catalog of misunderstood freaks is undeniable, as is his confident handling of all the psychological dynamics he’s attempting to explore inside all of this colorfully frenetic obnoxiousness. I love 1989’s Batman, wildly idiosyncratic Prince soundtrack and all, and terrific as Christopher Nolan’s trilogy based on Bob Kane’s creation might be, the only adventure of the Dark Knight I think is noticeably superior to this one is Burton’s Batman Returns, that sequel an all-time great superhero epic that only grows in majesty and power with each passing year.

The only special feature contained on the 4K Ultra HD disc is director Tim Burton’s excellent audio commentary. The remainder of the extras are located on the included Blu-ray disc and are ported over from previous Blu-ray and DVD editions.

Batman is a great superhero film that features outstanding direction from Tim Burton and superlative performances from Jack Nicholson and Michael Keaton. While certainly a product of its era, the film has still withstood the test of time marvelously. Warner Bros’ 4K Ultra HD release is absolute perfection and fans are urged to add this set to their personal libraries right away. 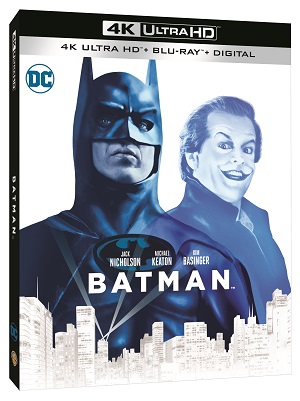