“It was the Witching Hour, when the Boogeyman comes out…when people go missing. The girls say the Witching Hour arrives at midnight. I think it comes at three in the morning, when I’m the only one awake. Like always. Like now.”

“In a dilapidated London orphanage, just after the witching hour, which comes not at midnight, but at 3:00a.m, young Sophie (Ruby Barnhill) sees something amazing. A giant (Mark Rylance), a big, lumbering creature wandering through the city streets, using various methods of distraction in order not to be seen by any still awake during the dead of night. Thing is, he sees her, too, and thus, not wanting the little one to reveal his existence to anyone, whisks Sophie away to Giant Country, claiming he intends to keep her there for the remainder of the little girl’s life.

But the giant, dubbed ‘BFG’ (that’s short for Big Friendly Giant, don’t you know) by his diminutive human houseguest, didn’t think things through as thoroughly as he maybe should have. Not only is Sophie smart, headstrong and indefatigably inquisitive, but she’s also intent on discovering as much about this newfound world as she can. Problem is, the remainder of the giants aren’t so friendly. They eat humans. Worse, children, especially those about Sophie’s age, are their favorite snack, and if the kid and her new pal, The BFG, aren’t careful their friendship could be over before it even has a chance to begin. 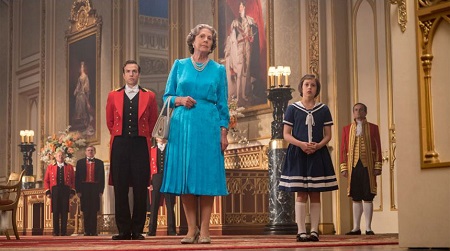 But the core of the tale always remains strong, Mathison’s take on Dahl’s source material a wondrous bit of adaptation that makes the material feel current while at the same time remaining true to every facet of the author’s intentions. Whether one is a fan of the book or has never read the darn thing, The BFG is a delightful fantasy, one all associated with the film should be proud of, the end result an enchanting journey of resilience and imagination the likes of which dreams are born from.”

I adore the simplicity of The BFG, the subtlety that Spielberg and Mathison bring to Dahl’s source material really speaking to me. I’ve watched the film four times now and it just gets better with each viewing, the richness of the emotions startlingly pure. It’s a terrific movie, and one I hope more people will take the time to look at now that it’s available for home consumption.

Gobblefunk: The Wonderful Words of The BFG (3:16)

The BFG is so quiet, so unforced, that I think people didn’t dig into its myriad of layers as deeply as they maybe should have when the film played in theatres. While Steven Spielberg and Melissa Mathison’s collaboration isn’t perfect, this adaptation of Roald Dahl’s classic novel is still quite remarkable, containing a pair of superb performances from Ruby Barnhill and Mark Rylance that are downright divine. Disney’s Blu-ray presentation is exemplary, and here’s hoping families that missed this one during the summer make the decision to take a look at it now. Highly recommended. 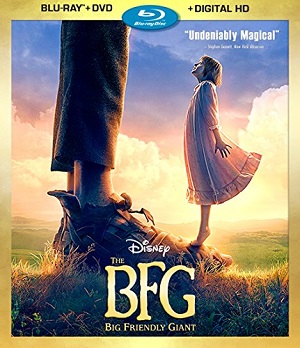