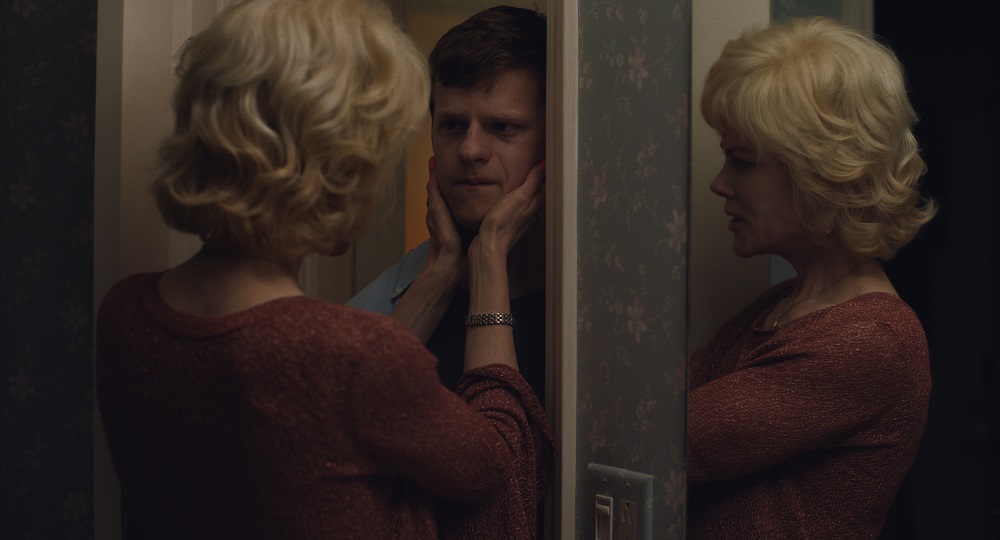 Good intentions and even better performances do not always a decent movie make. Such is the case with writer/director/star Joel Edgerton’s adaptation of Garrard Conley’s gay conversion therapy memoir Boy Erased. The film’s episodic nature and overtly melodramatic tendencies are its undoing, as is its inability to flesh out many of the supporting characters no matter how strong the actors filling these various roles might prove to be. Only when it focuses on the central dynamic between a loving mother and her emotionally beleaguered son does the story being told ever deeply resonate, Edgerton otherwise having a terrible time emotionally connecting the audience with the material. 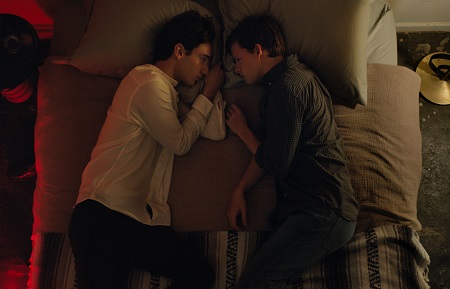 College freshman Jared Eamons (Lucas Hedges) is the son of Baptist preacher Marshall (Russell Crowe). While home life has all the appearances of being just fine, understandably he’s been hiding the fact he’s gay from both his parents for fear he’ll no longer be welcome in the family home. This is why, after he is forcibly outed, his devout southern belle mother Nancy (Nicole Kidman) is escorting him to Love In Action where he’ll participate in a 12-day outpatient program to “cure” his homosexuality. While they’ll be able to reunite each evening a local motel, the rest of the time he’ll be under the strict supervision of counselor Victor Skyles (Edgerton), Jared forced to participate in a psychologically manipulative program designed to eradicate every gay tendency the young man possesses.

Utilizing a series of flashbacks Edgerton attempts to flesh out Jared’s relationship with his parents as well as show what transpired that ended up landing him at Love In Action. While an obvious attempt to add an aura of mystery and suspense to the story, this fracturing of the narrative has the unintended side effect of significantly lessening the emotional impact of what transpires over the course of the tale. It also doesn’t allow any of the kids joining Jared in the program to make a lasting imprint, and even though actors Troye Sivan, Jesse LaTourette, Britton Sear and especially a sensational Xavier Dolan all try their best to give each of their characters a complex, emotionally fractured inner life, they all end up being a series of emotive radar blips that barely register as far as the bigger picture is concerned. Also, while Edgerton commendably underplays things as the belligerent Skyles the man is still such a didactic cretin his callous, self-hating evil is sadly never in doubt and he never comes across as anything other than a sanctimonious robot. His effectiveness is seriously undercut by this, the full inhuman terror of gay conversion therapy never breaking through as forcefully as it might have had this man felt like an authentic flesh and blood human being.

In many ways that last point is exactly why I feel that Desiree Akhavan’s The Miseducation of Cameron Post is one of the year’s best films and in the same breath can’t help but look at Edgerton’s Boy Erased as one of its most frustrating disappointments. In that Sundance award-winner starring Chloë Grace Moretz the individuals running her gay conversion camp, portrayed by John Gallagher Jr. and Jennifer Ehle, are nearly as fascinating as the main character or her fellow campmates (notably Sasha Lane and Forrest Goodluck) all are. They have their own interior lives, their own internal complexities, and while what they’re doing is nothing short of child abuse, the fact they still come across as normal, everyday people is undeniably compelling. Akhavan’s movie is fearless in that regard, and by imbuing every character with an innate sense of their own humanity this only augments the ghastly tragedy of what is being done to all of the kids at this anti-gay conversion camp.

None of that happens here. More, it’s almost as if Edgerton, even though his intention is to obviously show just how heinous a process conversion therapy is, isn’t particularly interested in spending all that much time at the Love In Action center. This leaves all those kids going through Skyles’ program left in something akin to narrative limbo, each trying to make the most of every moment they’re a part of but never given the room to fully explore the psychological damage this therapy is doing to them. Additionally, their home lives, most of which are far, far worse than Jared’s, are equally nondescript, an entire plot strand involving Dolan’s character and the various bruises he seems to freshly sport each day going infuriatingly nowhere. 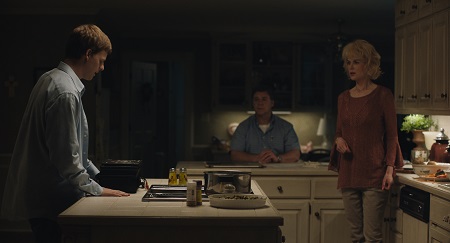 But Hedges is excellent, delivering a multifaceted, emotionally withering performance that’s right up there with his Oscar-nominated turn in 2016’s Manchester by the Sea. He and Kidman (who is equally outstanding) share a series of magnificent scenes that dig right to the core of much of what Edgerton is attempting to say, their evolving relationship the heart and soul of the motion picture. As important as the Love In Action pieces of this tale are, part of me kind of wished the director had spent more time on their relationship, as well as the one between Jared and his conflicted preacher father Marshall, than he does on the 12-days the kid is supposed to be undergoing anti-gay treatment. Hedges, Kidman and Crowe are so dialed-in, so fully invested in their respective characters their performances leap off the screen, and it’s a shame I didn’t like the movie more because all three are exceptional.

I loved Edgerton’s previous effort, the grim psychological thriller The Gift. Because of his success there, and considering the emotionally suspenseful way Conley’s memoir reads, I had every reason to think the filmmaker would be equally triumphant bringing this story to life as he was his last directorial endeavor. But for whatever reason Edgerton loses his way trying to adapt Boy Erased, and while numerous individual elements soar, and while his handling of actors remains close to perfect, the various pieces of this story never fit together as succinctly or as comfortably as they by all accounts should have. It’s a mixed bag of positives and negatives, and while I respect what it is the director is trying to do with Conley’s tale I’m equally upset that he can’t do it justice, making this drama one of the more perplexing misfires I’ve seen in quite some time. 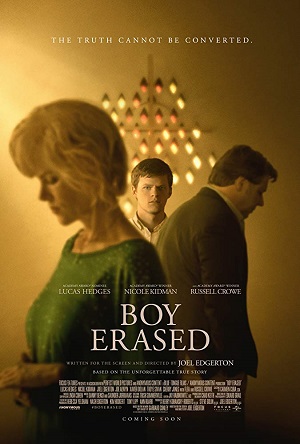