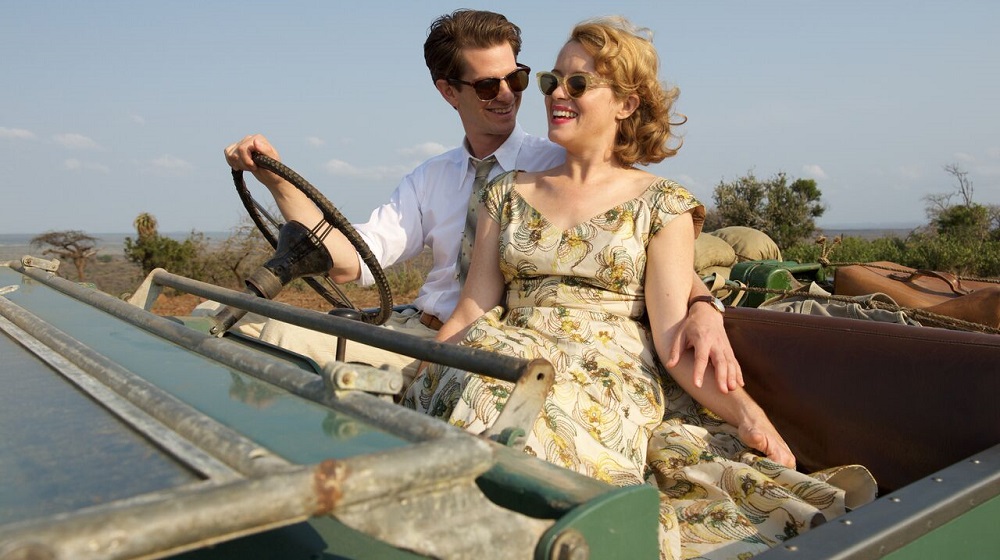 While working in Africa in 1958, former British soldier Robin Cavendish (Andrew Garfield) contracts polio and soon finds himself paralyzed, doctors giving him a scant handful of months to live while he struggles to breathe on a respirator strapped into a bed from which he cannot move. On the verge of giving up, wife Diana (Claire Foy) will not stand for her husband falling completely into depression and despair. Instead, she convinces him to fight on, even finding a way to get him out of the hospital, crafting a clunky portable breathing apparatus constructed with the assistance of family friend Teddy Hall (Hugh Bonneville). 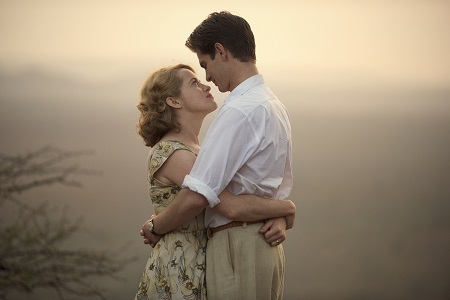 Producer Jonathan Cavendish was right there at the center of Breathe, his parents Robin and Diana living a rich, full and complex life that lasted long after the former was stricken with polio. Screenwriter William Nicholson (Shadowlands, Gladiator) tells the family’s tale, while Cavendish’s friend and frequent collaborator actor Andy Serkis steps behind the camera in order to make his directorial debut. It’s a handsomely mounted production, made with confidence and restraint, all involved doing everything they can to not overwhelm the viewer with ham-fisted emotive shenanigans that could be considered overwrought or maudlin.

Even so, as obvious a labor of love as this might be, the film proves to be nowhere near as intriguing or as emotionally satisfying as I kept hoping it would be. While presenting a stiff upper lip that’s as British as they come, for whatever reason Nicholson and Serkis seemingly refuse to allow the viewer to embrace Robin and Diana, keeping them at arm’s length from the audience for the majority of the feature’s 117-minute running time. For a story about a family’s ability to overcome a horrifying tragedy, there’s a ho-hum predictability to events that’s oddly boring. I had trouble caring about almost anything that was transpiring, not exactly the outcome I expected before sitting down to give this film a look.

There is a saving grace. The performances by Garfield and Foy are rich, complex, heartfelt and authentic. The pair strip themselves metaphorically naked, revealing much about Robin and Diana with a subtle dexterity that’s transfixing. Foy, in particular, is a force of nature, transitioning from joy to anger, fury to euphoria, sorrow to rapture and a plethora of emotions in-between with an ethereal ferocity I was stunned by. While Garfield gets the showier role, tackling it with assertive virtuosity, Foy is the one challenged to carry almost all of the narrative load. It is through her so much of this story is told, in her eyes we see the struggle, not just of her husband, but of her son Jonathan (Dean-Charles Chapman) and their friends as well, all using her as their guide to figure out what it is they are supposed to do. The actress is outstanding, and any emotional connection I did end up having to Robin and Diana’s story was in large part thanks to her and her alone. 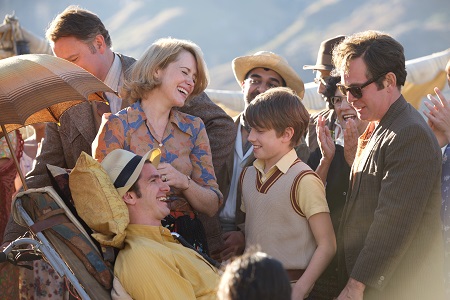 Bonneville admittedly has a few nice moments, while Tom Hollander appears to be having a grand time portraying Diana’s twin brothers Bloggs and David Blacker. There’s also some dazzling camerawork on the part of cinematographer Robert Richardson (The Hateful Eight), the Oscar-winning veteran playing with shadow, color and light in ways that are continually entrancing. As for Serkis, he shows definite promise from a directorial standpoint, creating a palpable air of paranoia, apprehension and disbelief during the early moments of Robin’s affliction that is breathlessly affecting in ways so much of the rest of the film frustratingly never equals. There’s also a sinister and bleakly disturbing trip to a German facility that cares for polio patients similar to Robin, all of them stacked together in iron lungs as if they’re trapped inside metal coffins being made ready for burial.

I don’t want to make it sound like Breathe is a bad movie. Far from it. The performances are extraordinary, and from a technical standpoint things are pretty much flawless across the board. But things are just too straightforward and underdeveloped for their own good, so much of this story told in a way that distanced me from the protagonists to such an extent I had trouble caring about what was going to happen to either of them. As sensational as Garfield and especially Foy are, as remarkable as Robin and Diana’s story undeniably is, there just wasn’t enough going on inside this movie to keep my attention for a full two hours; a disappointing turn of events to say the least. 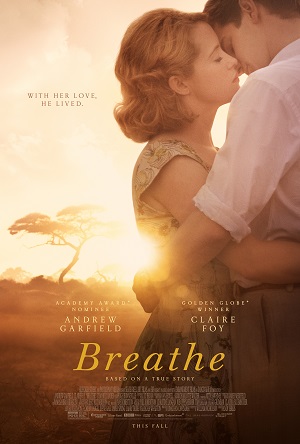