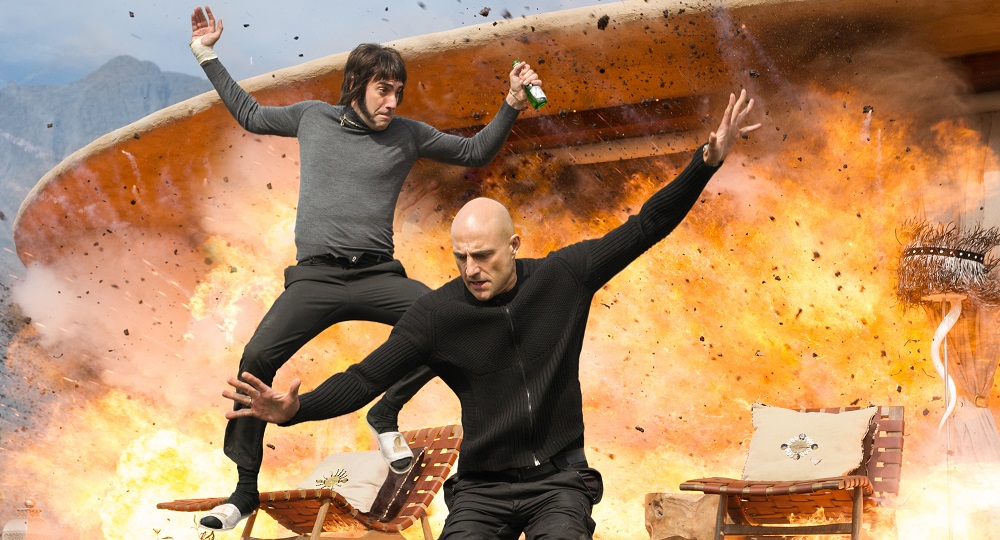 Disgusting Grimsby a Riotous Satirical Slap to the Face

The Brothers Grimsby isn’t a good movie. In fact, it’s rather terrible, screenwriter (working with fellow scribe Phil Johnston) and star Sacha Baron Cohen delivering as idiotic a scenario as any the Borat or The Dictator impresario has dreamt up yet. On a purely structural level, this spy comedy is an even more massive narrative abomination than his ugly, thoroughly unpleasant Brüno sadly proved to be, and as such finding nice things to say about the film should be a difficult proposition indeed. 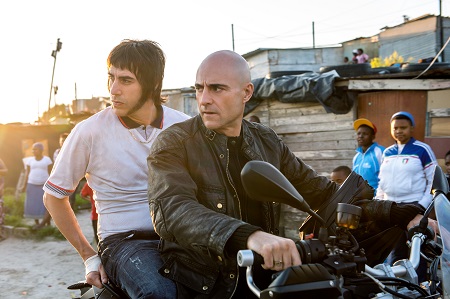 Emphasis on “should,” because, and I’m almost embarrassed to admit this, Cohen and director Louis Leterrier’s (The Incredible Hulk, Now You See Me) ace in the hole is the fact that The Brothers Grimsby, for all its readily apparent shortcomings, is very, very funny. Apparently, an avalanche of laughter can make up for just about anything. Who cares if the film walks a thin line between satire and racism (or satire and homophobia, or satire and misogyny, or satire and…well…you get the idea…) when the viewer is choking back tears as they uncontrollably lose their lunch over some of the more inspired gags? Truth be told, this movie could be Cohen at his most uncontrollable genius, something I can’t believe I’m saying, his bold, take-no-prisoners style of offensive comedy a satirical neon sign that says more about the heartless dumbing-down of society than many would like to admit exists.

The plot of the film revolves around elite British spy Sebastian (Mark Strong) who inadvertently is reunited with his long-lost brother Nobby (Cohen) 28 years after the pair were separated as orphans. Where he was given an elite education and chose to devote his life to selflessly serving his country, his elder sibling remained in their working-class hometown of Grimsby and in turn never aspired to more than being an unwed, unemployed, chain-smoking, hard-drinking, soccer-loving father of nine who wants nothing more out of life than the status quo.

From there, the two find themselves thrust back into one another’s lives, Sebastian trying to stop an international terrorist plot against wealthy philanthropist Rhonda George (Penélope Cruz) while Nobby goes out of his way to lend his assistance wanting nothing more than to be in his brother’s life. They are erroneously marked for assassination by the British government, aided by a sexy intelligence operative (Isla Fisher) with the hots for her fellow spy and up to helping a herd of elephants procreate with some well-timed fellatio. It all culminates at a World Cup soccer match where England is a major player (which might just be the film’s most enormous fictionalization), during which a certain Republican Presidential candidate ends up getting infected with AIDS courtesy of a well-timed bullet and the assistance of a Harry Potter superstar.

I’d say “spoiler alert” in regards to some of that, except, honestly? There really isn’t anything to spoil. These jokes are telegraphed long before they happen, causing a feeling of general unease to waft through the theatre because everyone sitting there knows they are going to happen. More so, as in bad taste as everything is, these and other moments still manage to prove to be agonizingly funny all the same, making one laugh harder and longer than they are prepared for, even as they sit there realizing they should be walking out of the auditorium in complete disgust.

Cohen has a knack for this. Even if his central gag is directly lifted straight out of the anus of Ace Ventura: When Nature Calls, he still has a way of coming up with ideas and sequences that feel far more inspired than they really have any right to be. He pushes boundaries way past their breaking point, offending everyone and anyone, taking no prisoners as he sets his sights once again on pointing out just how crazily uninformed people at large living their day-to-day lives continually prove to be.

This time around, though, he seems just as concerned with showcasing how governments, corporations and the wealthy elite strive to keep them that way, so much so the simple idea of killing off billions of rubes around the globe to potentially save the planet at large in some corners comes off as sounding like a decent idea. Granted, this is the same plot of last year’s Kingsman: The Secret Service, so it isn’t like Cohen is reaching for anything new. Yet somehow, someway, he still manages to make this trope feel brand new, allowing for a final moment of brotherly love that’s figuratively (and literally) a kick up the butt.

There are a couple of solid action sequences, something that shouldn’t come as a surprise considering the presence of Leterrier; and the film is another reminder that Strong is a much better leading man than he typically gets credit for being. But I’m not going to kid around: Cohen and Johnston’s script is the bottom of the barrel, each piece barely connected to the one that preceded it. Yet, I laughed. A lot. Almost for every single one of the film’s fast-paced 83 minutes, all of which ultimately makes The Brothers Grimsby a rambunctiously uncouth satire that’s as disgusting as it is riotous. Not sure that’s a recommendation, but there it is all the same. 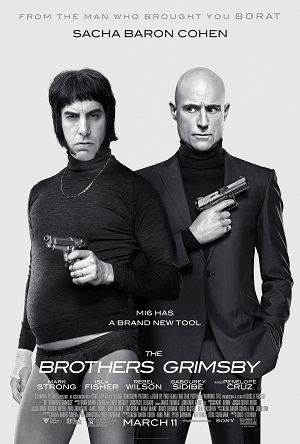