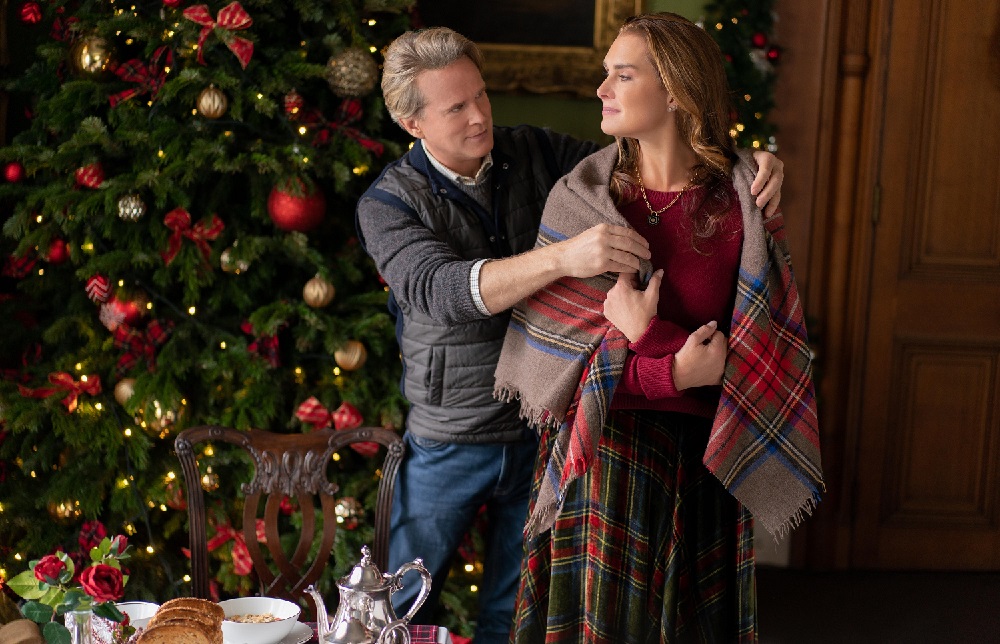 Charming Castle for Christmas a Romantic Gift Worth Unwrapping

After killing off a popular character in her most recent novel, best-selling author Sophie Brown (Brooke Shields) heads to Scotland to escape the increasingly obnoxious angry blowback from her most ardent fans. She’s looking to visit the castle one of her late relatives used to fondly speak of — even though they were there for just a brief period, they still talked about it with such reverential fondness that Sophie is excited to discover what all the fuss was about.

Shocked to learn the castle is for sale, the author makes a snap decision to buy it. But the owner, Duke Myles (Cary Elwes), is reticent to let his ancestral home go, especially to an American. Certain that Sophie will never want to stay once she learns how onerous owning a castle and an estate can be, he makes a deal with her that will revert the deed — along with the large down payment — to his hands if she fails to maintain residence to the start of the new calendar year. It also stipulates that he gets to live in the castle with her until that time has passed.

It’s no spoiler to say that love ends up being in the air in the romantic comedy A Castle for Christmas. Sophie is lonely and heartbroken, coming off the dissolution of her marriage and the fan backlash against her latest book. Myles is cranky and standoffish, annoyed that he may be losing all connection to his familial history through no fault of his own, while also nursing secretive tragic sorrows.

Veteran filmmaker Mary Lambert, best known for her 1989 cult-favorite adaptation of Stephen King’s Pet Sematary and its loopy, anything-goes 1992 sequel, shows a deft touch for this sort of nonsense. She manages to make something moderately miraculous out of Ally Carter and Kim Beyer-Johnson’s undercooked screenplay, allowing Shields and Elwes ample freedom to make the material their own. It’s all quite charming, and while there are no surprises whatsoever, nonetheless this romantic trifle still filled my heart with joy and even brought a tear or two to my eyes with unexpected ease.

While I know her 1990s television series Suddenly Susan had its fans, I’m not sure Shields has ever gotten a fair shake as an actor. She’s a talented comedian who knows when to underplay her scenes and how to utilize her expressive physicality to its best advantage. Shields also knows how to get serious in ways that often catch the viewer off-guard: her bone-chilling role in The Midnight Meat Train and her brief stint on Law & Order: Special Victims Unit are proof enough of that.

She’s nothing less than delightful here. Shields exudes a warmly intoxicating authenticity that won me over. She’s in complete control start to finish, playing things close enough to the vest that, when the big moments come, they hit with a powerful intimacy I did not anticipate. Even the dumb bits — most notably the opening stuff concerning the reaction to Sophie’s book and a disastrously underwhelming scene featuring Drew Barrymore in a laborious cameo — don’t stop the actor from shining. Shields is terrific, and that’s all there is to say.

Elwes is even better. The veteran character actor hasn’t been this sexy since his The Princess Bride and Days of Thunder heyday. He oozes confidence, navigating his way through this story with such forthright, magnetic ease that I found myself swooning every time Myles sauntered onto the screen. Elwes knows exactly what he is doing and makes the most of every second. His scenes with Shields have an electrifying vivacity that held me spellbound, and as silly as things get, thanks to the pair’s chemistry that’s not nearly as problematic as it might have been.

Lambert brings a fitting old-school craftsmanship to the proceedings, channeling her inner Peter Godfrey (Christmas in Connecticut) or Don Hartman (Holiday Affair) as she attempts to give believably human resonance to Carter and Beyer-Johnson’s scenario. While never rising to the classic levels of those two holiday favorites, that does not make what she does with the material any less impressive. A Castle for Christmas may be slight, but that doesn’t make it minor, and as yuletide presents go, this is one gift I’m happy I took the time to unwrap. 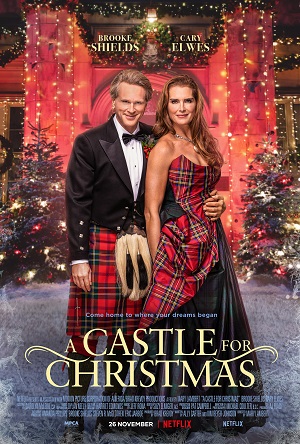