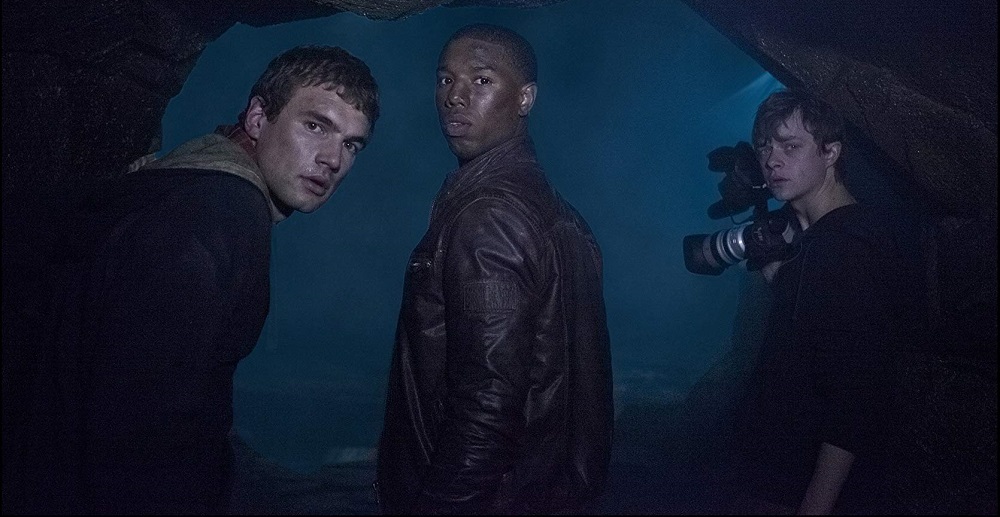 Andrew Detmer (Dane DeHaan), his cousin Matt Garrety (Alex Russell) and their popular High School classmate Steve Montgomery (Michael B. Jordan) probably shouldn’t be friends. They don’t have anything in common (other than Andrew and Matt being related, of course), they run in different circles and their life aspirations are anything but similar. But friendship they do have, a strange alien secret tying them together, this odd trio forming a bond few would understand and even less would allow themselves to believe. 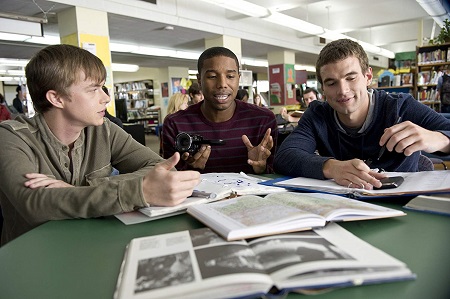 What brought them together? During a party just outside of Seattle deep in the forests of the Pacific Northwest they came across a mysterious object under the ground, glowing in wavering fluorescents while giving out pulsating hums that seemed to resonate through each teen’s body going right to the core of their DNA. Whatever it was, it’s given them power, abilities no other mortal on the planet possesses, and as their collective control of these new skills increase so does that friendship that’s transforming them into something of a distaff dysfunctional family.

Things go wrong, as unchecked power corrupts some while it turns others into self-sacrificing superheroes. It’s X-Men for the Facebook generation, a comic book origin story as seen through Cloverfield or Trollhunter eyes, and for the makers of Chronicle it’s safe to say they’ve given their story of right, wrong and the areas in-between a spin that’s a lot less ordinary than anticipated.

Director Josh Trank, who also came up with the story with screenwriter Max Landis (son of American Werewolf in London director John), has done a pretty great job of shaking up both the ‘found footage’ and superhero genres with his debut feature. The movie is surprisingly character-based, using stock figures from a John Hughes high school comedy only to give them all more depth and emotional complexities than is typical for similar types of stories. Andrew, Matt and Steve are interesting guys, and watching them evolve is part of what makes the movie interesting.

Not that this is a bed of roses. Trank and Landis go to some pretty dark places, giving Andrew a backstory involving a cancer-afflicted mother (Bo Petersen) and an abusive father (Michael Kelly) that’s aggressively uncomforting. He is the loser, the invisible kid, the Senior who can only standout by suddenly bringing a camera to school in order to film the mendacity of his everyday humdrum life, who ends up seeing this sudden influx of power go to his head. His evolution from rock star to super villain, from banal nobody to outright sociopath, is the one the majority of the movie revolves around, his tale giving things an aura of tragedy that’s suitably disquieting.

Still, the bottom line is that the basics involve three teenagers getting superpowers and going all cuckoo for Cocoa Puffs when they get the opportunity to use them. Scenes of the kids tossing baseballs at one another’s heads, sitting on the edge of Seattle skyscrapers sharing a burger and tossing a football 20,000-feet up in the air are too glorious to imagine, the energetic enthusiasm circulating through these moments absolutely wonderful. Best of all is Steve’s insistence Andrew take part in the school’s talent show, the former imbuing the latter with a cocksure confidence he’s heretofore never experienced until now. 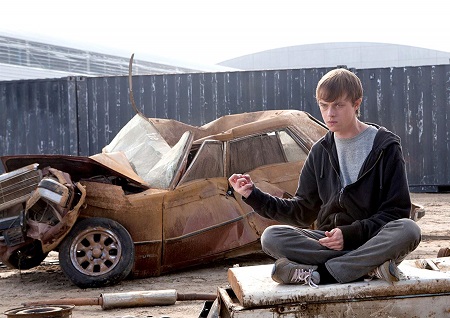 The climactic bout isn’t that exciting, Andrew and Matt ripping apart Seattle as if they were re-enacting the Metropolis smackdown found at the tail end of Superman II. The setup for a sequel is also jarring, and even though I feel like it’s there more because it fits the genre than because Trank and Landis actually want to make one (I’m assuming they probably don’t), that doesn’t make its presence any less annoying and obnoxious.

Yet Chronicle achieves its meager goals, this high-flying adventure keeping me entertained with nary a hiccup. Could it have been better? Might Trank and Landis have aimed a little higher? Sure, I tend to feel like they could have, but considering the meager budget mixed with the pair’s lofty intentions I think the duo did a pretty super job, their low-budget cinematic heroics hopefully foreshadowing greater things to come. 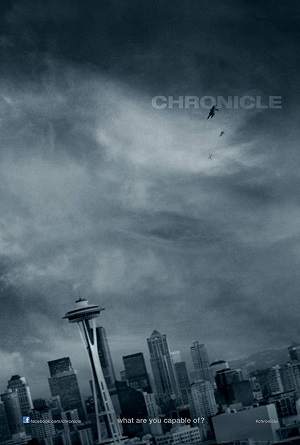