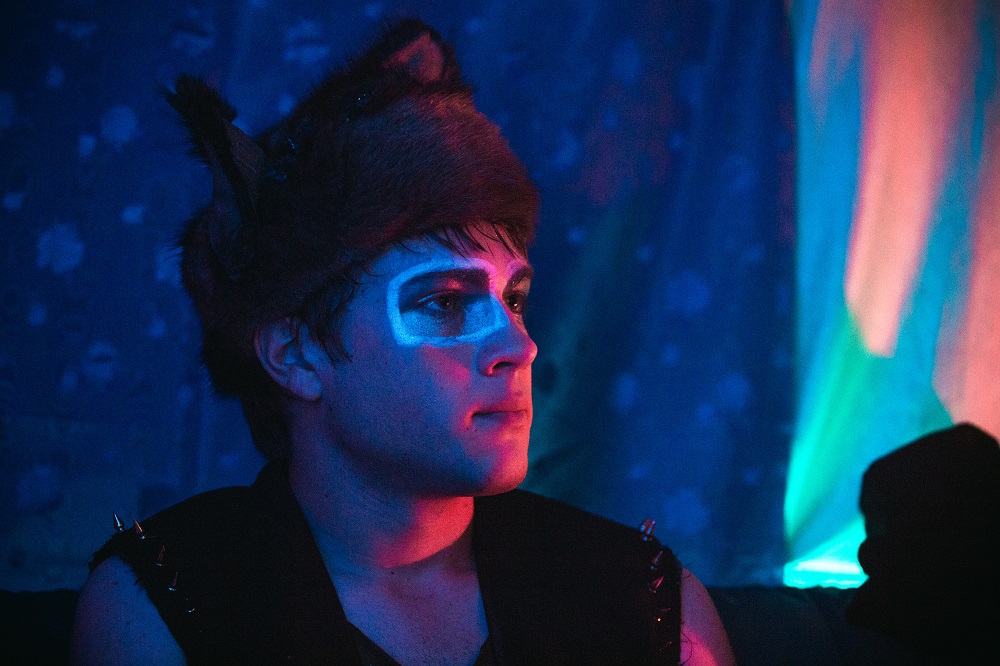 As a child, Oscar Madly (Connor Jessup) saw something terrible. For over a decade, after watching his parents’ marriage fall to pieces and his mother Brin (Joanne Kelly) leave both he and his father Peter (Aaron Abrams) for another man, the inventive teenager has never told anyone about what it was he saw. Not even his best friend Gemma (Sofia Banzhaf) or his talking hamster Buffy (voiced by Isabella Rossellini), and he confides all of his deepest, darkest secrets with the both of them. But this one is just too terrible to put voice to, even if refusing to do so has left him with a deep emotional scar that might be there forever. 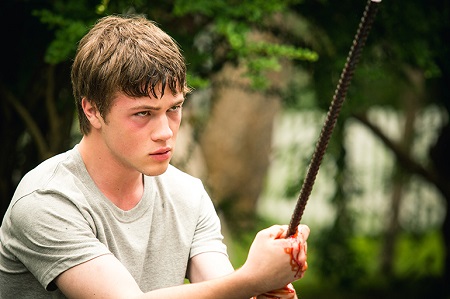 Having just turned 18, on the verge of graduating from High School, the horror enthusiast with a passion for horror makeup effects and a dream to get into a prestigious art school finds himself suddenly dealing with the unintended repercussions of not talking about what he saw all those years prior. Worried he might be too effeminate while at the same time eager to explore his sexuality, Oscar begins to do things and take the sort of explorative chances (staying out too late, drinking alcohol, hanging out at college parties) he always avoided in the past. He also finds himself attracted to his new coworker at the local home improvement warehouse store, Wilder (Aliocha Schneider), the sexy stranger putting off vibes that lead the young man to believe he might be interested in more than just friendship.

Beautifully shot, imaginatively designed and nicely acted by the majority of the cast (especially pint-sized Jack Fulton, who plays Oscar as a child), there’s a heck of a lot to like about writer/director Stephen Dunn’s feature-length narrative debut Closet Monster. It’s an intriguing film, one that has more to say about sexuality and gender than it initially appears, things revolving around a main character who exhibits a ton of genre stereotypes only to burst free of most of them as the story rolls along to its conclusion. It’s an intriguing motion picture that shows a great deal of promise as far as Dunn’s future efforts are concerned, and as such I’m understandably curious to see what the director might have in store next.

This does not mean Oscar’s tale held me spellbound for all its nicely paced 90 minutes. While the reasons for Brin and Peter’s separation are thankfully more complex than what is initially hinted at, neither is able to bust through convention in an entirely satisfying way. Their character arcs are tiring and much too familiar, and it’s only thanks to the performances of Kelly and Abrams that either parent ends up being memorable. As for Gemma, she’s plum forgotten far too often, Banzhaf going above and beyond to deliver a multilayered portrait of friendship wanting for more yet the movie seldom knows what to do with it or how to handle actress in a way that completely satisfies.

Thankfully, the scenes between Jessup and Schneider have a kick to them, the passions fueling their growing connection becoming deeper, more richly defined as things progress. I really liked how Dunn manages to keep it an actual mystery as to what is Wilder’s sexual identity. More, he allows the revelation to become the end-all, be-all of the endeavor, the concentrated, cathartic friendship he gradually develops with Oscar far more important as far as the grander scheme is concerned. It’s intense and moving, usually for all the right reasons, everything building to an explosion of catharsis and release that’s pure and potently long-lasting. 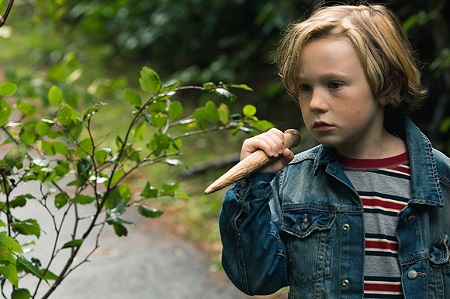 I wish everything worked as well as the portions featuring these two learning about, and connecting with, one another do, because if they had Dunn’s debut would obliterate the more obvious clichés and stereotypes and become something intimate and meaningful. As it is, there’s just enough that does work, that feels, if not entirely original, at least close enough it doesn’t matter whether it actually is or not, and as such I have a soft spot in my heart for the film that likely wouldn’t exist otherwise. The dialogues between Oscar and Buffy are a minor hoot, while the makeup effects and ingenious monster masks the teenager creates are reminiscent of what young Tommy Jarvis fashioned in Friday the 13th: The Final Chapter, and I mean that as a compliment. It should also be noted that the film is superbly shot by João Fernandes and ingeniously scored by Harry Manfredini, their connection to Jason Voorhees and his malevolent body of work hardly accidental, I am sure.

The early moments of Closet Monster are extraordinarily strong, the horrifying inhumanity of what Oscar witnesses depicted in a way that doesn’t feel exploitive and instead only adds to the emotional dynamic, allowing for a cathartic, heartfelt investigation as events move towards their climax. All-in-all, Dunn does a fine job of taking the coming out story, if not in a new direction, at least in one that feels a little more original and creative than is typical for the genre. If it all doesn’t work perfectly, that’s oddly okay, the character-driven highs making up for the bits and pieces that fail to reach the same sort of unpredictably enthralling heights so much of the rest thankfully soars to. 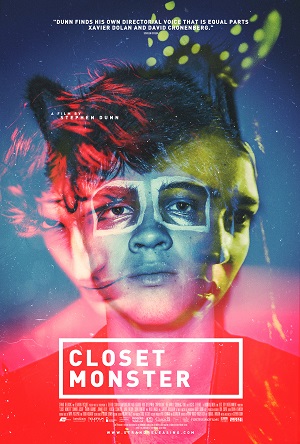