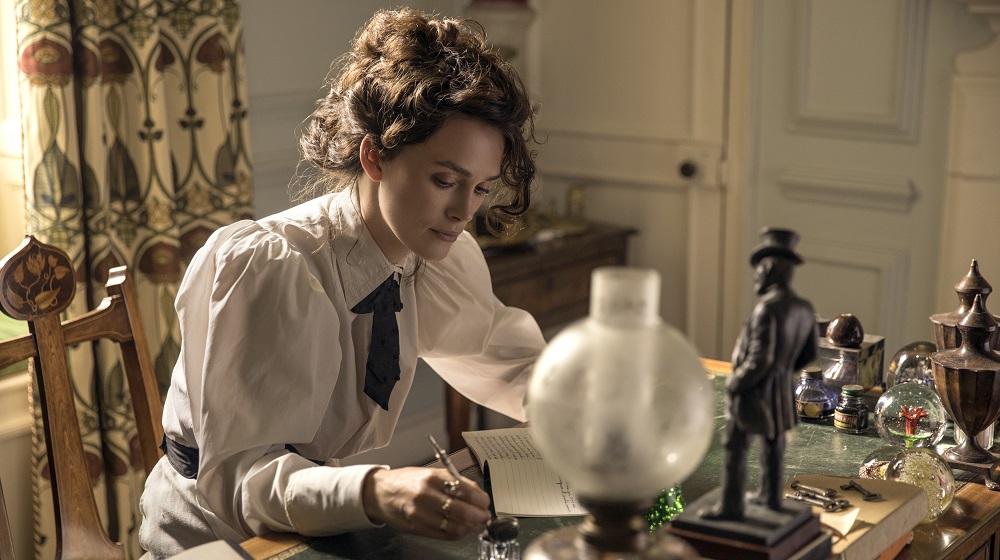 After falling in love with gregarious author, poet and showman Henri Gauthier-Villars (Dominic West), known to all of France as “Willy,” Sidonie-Gabrielle Colette (Keira Knightley) is whisked away from her countryside home to the hustle and bustle of Paris after the two are married. Initially amazed by the artistic and creative opulence her new husband’s career and the city as a whole offers her the opportunity to revel in, the young woman still initially has trouble fitting into this crazy new world with any sort of ease. But soon Colette’s confidence and enthusiasm blossoms, especially after Willy asks her to ghostwrite a couple of minor stories to help augment their current income streams. 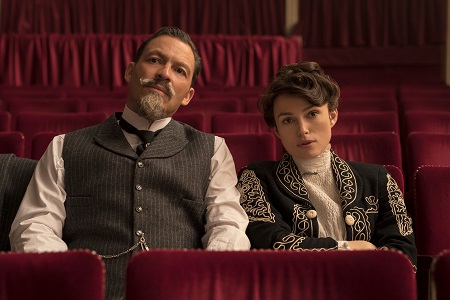 What’s most amazing is how popular these little novellas prove to be. Inspired by her own experiences growing up in the French countryside, getting married, moving to Paris and becoming enmeshed inside the artistic and amorous goings-on happening in all corners of the city, Colette’s stories are instant best-sellers. But all is not wine and roses. While she and Willy do desperately love one another, the fact he’s taking so much credit for her work is starting to rankle. As Colette’s fame grows, so does the certainty that she needs to take control of her life outside of her husband’s demands, even if doing so means letting Willy fend for himself no matter what the consequences.

Originally a project spearheaded by his late husband and filmmaking partner Richard Glatzer, writer/director Wash Westmoreland makes his solo directorial debut with the beautifully elegant Colette, a lively and intimate biopic of celebrated French writer and entertainer Sidonie-Gabrielle Colette. The author of classic works like Chéri, Gigi and Claudine à l’école, Colette was an artist who spearheaded her own personal revolution long before it was considered appropriate for women to do so. Thanks in large part to the focused, emotionally multifaceted script written by Westmoreland, Glatzer and Disobedience and Ida scribe Rebecca Lenkiewicz, the movie is an absorbing drama of an artist fearlessly standing up for herself, all of it centered on a performance from Knightley that’s arguably one of the two-time Academy Award nominee’s absolute best.

Chronicling almost exclusively the years Colette and Willy were married, the film shows with deft, unhurried precision how the young woman creatively evolved only to discover not everyone, especially her husband, were so keen to embrace every facet of her artistic development. This included her affairs with other women, sexual explorations that are initially given Willy’s blessings just as long as Colette kept them secret and also didn’t make a big deal out of his own frequent affairs.

But when her relationship with the Marquise de Belbeuf (Denise Gough), known to her friends and acquaintances as “Missy,” becomes common knowledge, the subsequent scandal puts the writer’s career in jeopardy. It is during these sections of the story that Westmoreland’s film shines, the intricate human complexities involving sexual attraction, artistic expression and gender identity handled with an intuitive specificity that’s magnificent. Much like he and Glatzer achieved with their 2006 stunner Quinceañera and to a somewhat lesser extent also accomplished with their 2014 Oscar-winner for Best Actress Julianne Moore Still Alice, the filmmaker allows for a subtle dimensionality to develop as events build towards their conclusion.

It can all be pretty spectacular. A sequence where Colette and Willy watch auditions for a stage adaptation of the first Claudine book is masterfully handled, as is an early moment where the two attend their first Paris party as husband and wife. Even betters is a subplot involving Georgie Raoul-Duval (Eleanor Tomlinson), an American visitor who catches Colette’s eye and becomes her first sexual tryst outside of marriage. Then there is a passage devoted to the author’s own theatrical appearances with Missy, these sections of the story overflowing in vigorous feminine energy that is as empowering as it is hypnotically multifaceted.

As bravura as all of this is, there is also an episodic quality to the screenplay that can be slightly disconcerting. While not a complete examination of Colette’s life, even this small portion is almost too broad, too consequential to easily reside in one 111-minute motion picture. Certain side characters enter in and out of Colette’s story in ways that are both intriguing and inconsequential. With rare exception, there just isn’t enough time to flesh any of them out, many of these characters coming and going so infrequently a part of me began to wonder if they even needed to be part of the narrative in the first place.

Yet I loved how Westmoreland presents Willy and also the freedom he gives West to portray him. While his actions can be monstrous, Colette’s husband never acts the monster. Instead, he’s a man lost in his own ego, so certain that he is the only reason his wife is a success it never occurs to him that she could become an even greater one without his aid. His determination to continue the ruse that the Claudine stories are his brainchild and not Colette’s are laced with an emotional timidity that feels especially appropriate in light of current political events. West portrays the character with a cocksure authority that is nothing more than a false front, the actor slowly stripping the charlatan to his naked essentials as reality begins to set in and Willy comes to understand that his wife is going to achieve far more in a handful of years than he will in an entire lifetime. 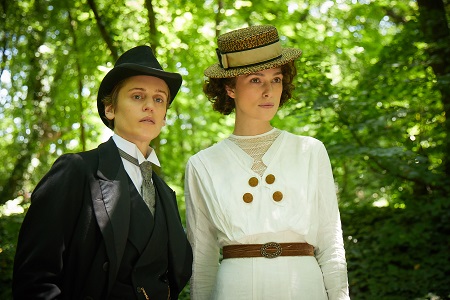 But make no mistake, Knightley is still the primary reason this film works as splendidly as it does. She’s spellbinding. Whether it is her initial girlish timidity as Colette falls into Willy’s arms and is whisked away to Paris or her steadfast, unembarrassed resolve where it pertains to her relationship with Missy, Knightley digs into the core of the character in ways that are continually enthralling. This is as deeply personal a performance as any the actress has ever given, her mesmerizing, unapologetic grace driving to the center of what it means to be an artist as well as speaking to the emotional caterwauls, both euphoric and heartbreaking, such creative expression can oftentimes produce.

Intimately shot by cinematographer Giles Nuttgens (Hell or High Water) with a keen eye and exquisite attention to detail, featuring Andrea Flesch’s (The Duke of Burgundy) sublime costumes, Michael Carlin’s (The Duchess) magnificent production design and composer Thomas Adès’ sumptuous score, Westmoreland has crafted something marvelous. If Colette doesn’t make my list as one of 2018’s best films, it’s still certainly deserving of being an honorable mention, this historical biography of one of the great writers of the 20th century a fascinating treatise on artistic, sexual and gender expression I’ll not soon forget. 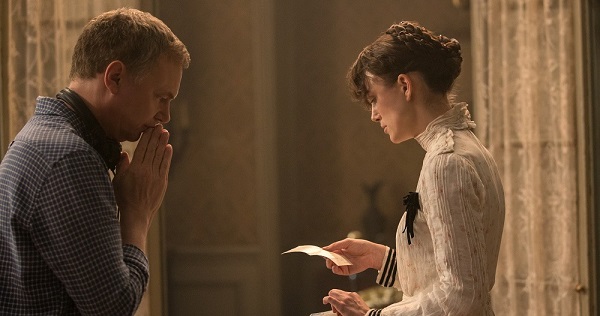 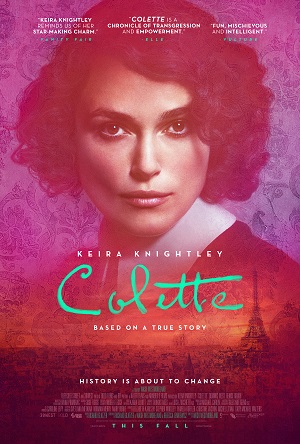