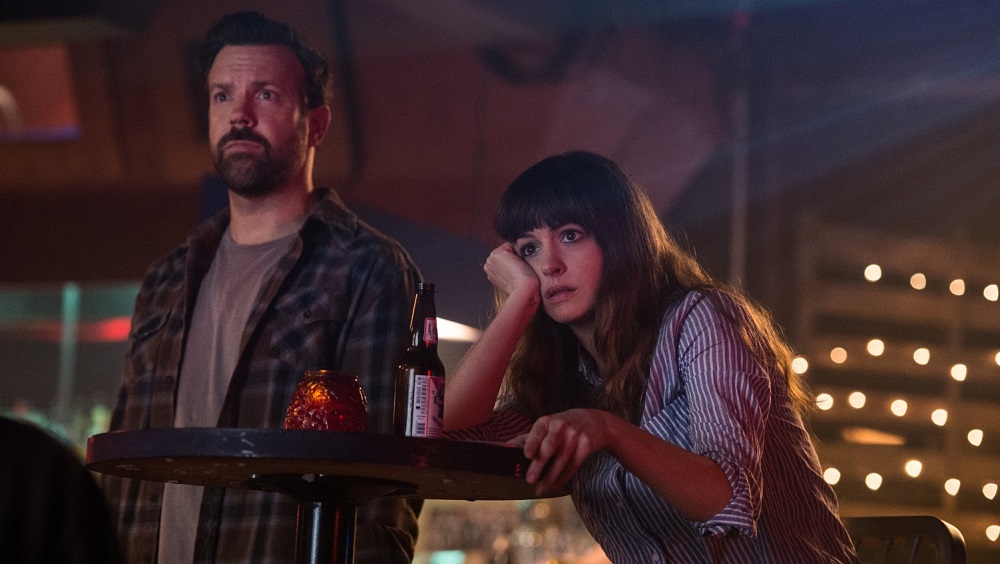 Witty Colossal a Human Monster of a Melodrama

At a certain point, you either realize Colossal is not the giant South Korean kaiju movie starring Anne Hathaway that you believe it is going to be and you’re fine with that, or you keep thinking writer/director Nacho Vigalondo (Timecrimes) is going to give it to you only to be left unhappily dissatisfied when he steadfastly refuses to do so. This is not the film the trailers have done their job selling it to be, and as such I assume there will be those who will be so upset by this turn of events they’ll fail to notice just how witty, thought-provoking and richly character-driven the film turns out to be. 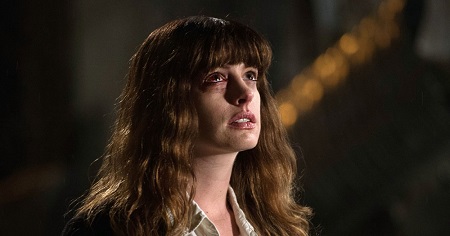 Vigalondo has craftily manufactured a comedy-drama about addiction and abusive relationships and costumed it in the skins of a lizard-like creature rampaging through the streets of Seoul. But instead of unchecked destruction to buildings and machinery, the core carnage is that of the human variety. Whether it is the despair and the regret one feels over unintended, uncontrolled calamity born of selfish excess, or pent-up longing and sexual repression that has metastasized into a form of aggression and violence towards friends and family, there’s plenty to ponder. But as far as spectacle is concerned, visuals of monsters crashing through buildings and battling it out in downtown streets as civilians run wildly to escape, there’s precious little of that, and when it does happen Vigalondo treats it more as an afterthought than as an easy excuse to generate tension or excitement.

After her boyfriend Tim (Dan Stevens) kicks her out of his New York apartment for coming home drunk one too many times, unemployed writer Gloria (Hathaway) heads upstate to her former childhood home to hide out until she can figure out what to do next. With her parents out of town, the house isn’t just empty, it’s positively barren, all the furniture and furnishing in storage until they return next summer.

After picking up an air mattress and a few other additional supplies, Gloria runs into former schoolmate Oscar (Jason Sudeikis) who happens to own and run his late father’s bar. After being introduced to a couple of his regulars, Joel (Austin Stowell) and Garth (Tim Blake Nelson), one thing leads to another and a number of beers are enjoyed by all. Next morning, hangover and barely able to get out of bed, Gloria learns that a giant creature attacked South Korea, strangely during the exact same hours she was stumbling around a local playground blind drunk. It’s impossible, totally beyond comprehension, but she thinks the monster and her are somehow linked, and if that’s the case, that makes the young woman indirectly responsible for unfathomable destruction and carnage including the loss of untold lives, all due to an alcoholic stupor that’s become all too common of late.

The central device is as silly and as bizarre as it sounds. Gloria is the monster. The monster is Gloria. They are one and the same, and whenever she steps foot into that playground at a certain time of day, the creature appears in the middle of Seoul ready to unleash havoc. But it is how this realization affects the young woman, the way in which it suddenly forces her to look at the way she’s been living her life, makes her peer into the mirror and come to grips with the fact she’s an alcoholic in need of help, that’s the key element. It is what will drive Gloria in a number of varied directions as she attempts to cope with what’s going on, as well as what will compel her to prove to Oscar, Joel and Garth that what’s happening isn’t a figment of her imagination brought on by all the drinking.

That last element is a key turn of events, especially considering the emotionally stilted Oscar has had a thing for Gloria since the time they were in elementary school. But what kind of thing? What are his true feelings for her? And how far is he willing to go to make sure she remains part of his life whether she’d like to or not? These questions get added to the mix, and what began as a crazy, silly, dialogue-driven exercise in comedic science fiction on a dime mutates into something far more personal and affecting. It’s a powerful evolution, this imaginative fun little throwaway becoming something meaningful and thought-provoking as it analyzes gender roles, addictive personalities and relationship dynamics in a pointed, unflinching manner that’s startling. 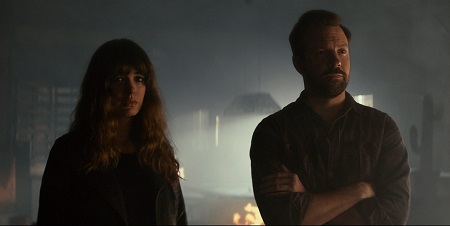 Hathaway is superb, her amazed delight at having control of a Godzilla-like being morphing into unfathomable regret and terror as she instantly realizes being a giant, city-stomping monster means she is directly responsible for all that has happened to the citizens of Seoul. Her chemistry with Sudeikis is equally sensational, especially as their easygoing back-and-forth banter becomes decidedly different as the film progresses. Hathaway’s fortitude as she attempts to shed the shackles of alcohol abuse and find an inner confidence she’d somehow misplaced once she started finding happiness at the bottom of a bottle is terrific, all of which helps make her final moments looking an unexpected adversary in the metaphorical eye a wonder of empowering resilience that’s oddly easy to relate to.

Vigalondo keeps the tone light and bouncy until the moment he allows the worm to turn and subtly reveals what’s really going on and who the true villain of the piece is. The director appears to be having a grand time playing this game, keeping things close to the vest and the jokes fly and the sight gags take center stage. But once the tone grows serious, the moment characters begin to reveal who they are and openly state what lengths they’re willing to go to in order to achieve their desires, Vigalondo does not pull his punches. Because of this, Colossal is uniquely fascinating, this kaiju comedy secretly an emotionally crushing monster of a relationship melodrama that’s as intimately human as it is cathartically humane. 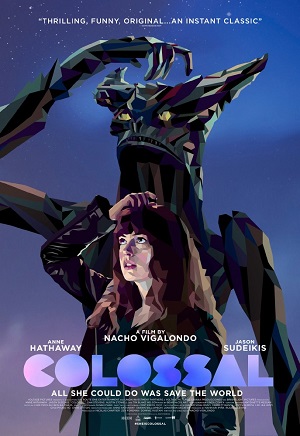