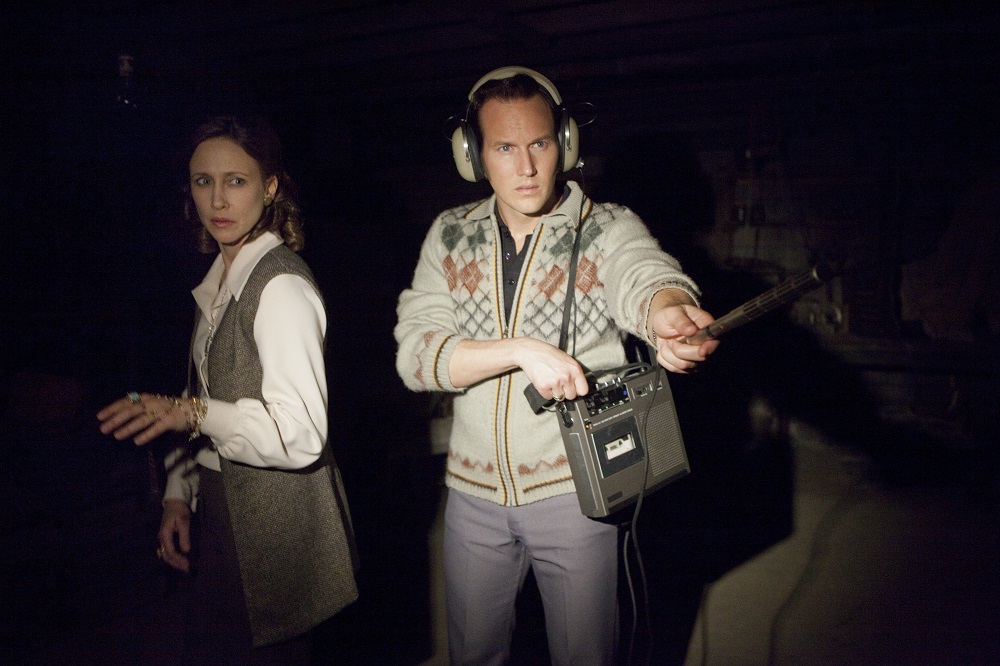 I’ve been feeling for quite some time that Saw originator James Wan had a good, solid, hold on to your armrests and pray it will all turn out okay old school horror movie in him. Dead Silence had some creepy imagery, some nice little moments, but a derivative, not all that interesting script coupled with a laughable final half hour kept that one from coming close to reaching its potential. As for Insidious, box office hit or no the second half of that ghostly haunted house shocker was as major a letdown as anything genre-wise as I’ve seen in years, the idiotic lunacy of the last act a regrettable mélange of cliché and stupidity that had me rolling my eyes in anger.

Even so, Wan’s grip on the genre, his understanding of how to scare, when to show what’s going on, when to keep things hidden, how to use sound, all of it, to me at least continued to look promising. The guy had watched Robert Wise’s The Haunting, had taken notes during Tobe Hooper’s Poltergeist, cognized what tricks were being used by John Carpenter in Halloween and was obviously amazed by the blood-curdling leaps of cinematic imagination taken by the likes of Stanley Kubrick (The Shining), William Friedkin (The Exorcist), Henri-Georges Clouzot (Diabolique) and Georges Franju (Eyes Without a Face). I didn’t want to give up on him, and even though almost all of his films had disappointed on one level or another I refused to believe a guy with this much understanding of the nuances of the genre didn’t have the ability to produce a full-throttle, gut-wrenching shocker at some point during his career. 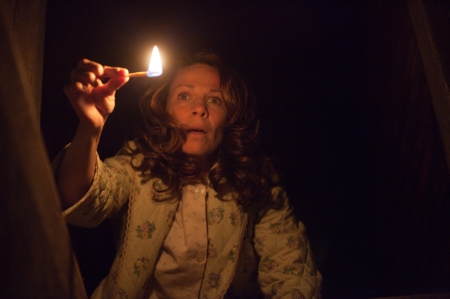 That point is now. The Conjuring, while not the masterpiece some have been proclaiming it to be (the chances this is going to be remembered at Oscar time border on zero and nil), is still a highly effective haunted house-slash-exorcism thriller that more than gets the job done. Made with style, imagination, confidence and panache, it gets under the skin right away and then stays there for the remainder of its innervating 112 minutes, building to a solidly sinister and unsettling finale that had the audience I watched it with on collectively disquieted pins and needles.

Based on a supposed true story (but, seriously, what supernaturally influenced horror film isn’t these days), the movie follows the exploits of Ed (Patrick Wilson) and Lorraine Warren (Vera Farmiga). He’s a Vatican-approved demonologist, she’s a renowned clairvoyant and together they’re a husband-wife tag team that looks into spooky unexplained phenomena and tries to ascertain whether or not otherworldly influences are at play. Sometimes it’s old pipes in desperate need of being replaced, others it really is Old Scratch knocking at the door, whichever it is the Warrens are the ones who will fill in the blanks and, hopefully, find a solution to the problems vexing the household.

Their latest case involves Roger Perron (Ron Livingston) and his wife Carolyn (Lili Taylor). They’ve just moved into a massive, highly secluded Southern Gothic estate with their five daughters (Shanley Caswell, Hayley McFarland, Joey King, Mackenzie Foy and Kyla Deaver) and are immediately beset with loads of unexplainable nastiness. The clocks all stop at precisely the same time. Games of ‘Hide and Clap’ are played with the children asleep in their beds. Strange smells permeate the deepest recesses of every room. Pictures go flying off of the walls. Bruised, battered and bloodies specters hint at forthcoming doom. It’s up to the Ed and Lorraine to figure out what’s going on and hopefully save the day, the pair becoming intimately attached to the beleaguered family doing all they can to make sure the seven of them survive their deathly ordeal.

It’s familiar stuff, to be sure, and I can’t say the film goes anywhere remotely unexpected. It’s the getting there that matters, however, Wan directing with certainty as he makes each part of Chad and Carey W. Hayes’ (The Reaping, House of Wax) surprisingly nuanced and character-driven script sing with unnerving authenticity. While hints of everything from The Haunting to The Exorcist to The Amityville Horror to Poltergeist to The Orphanage to Paranormal Activity abound, the film manages to make the most of its premise and its characters delivering one solid scare after the next. Magnificently lensed by John R. Leonetti (Piranha), exquisitely edited by Kirk M. Morri (The Hills Have Eyes 2), awesomely scored by Joseph Bishara (Dark Skies) and featuring some of the best sound design I’m likely to encounter in all of 2013, the movie is technical masterwork top to bottom, and as such fans of the genre are almost certain to come out of the theatre impressed.

But it is the characters that make the movie work, both the script and the director keeping the focus constantly on those at the center of the maelstrom making both the Perron family as well as the Warrens intriguing, three-dimensional figures worthy of caring about. I was invested in the outcome, was worried as to whether or not any or even all of them would emerge from this frenzied vortex unscathed. Wan balances these stories with surprising ease, moving the pieces around his ghoulish chess board with a precision I wasn’t certain he was capable of.

Does The Conjuring reinvent the wheel or do something so beyond spectacular I’m going to be talking about it longer than the next few weeks. No, not really, and other than Joe Dzuban’s aforementioned sound design and the consistently underrated Lili Taylor’s astonishing performance (she truly is remarkable, but the less said about what she does and why the better as it’s best to be surprised) I can’t say there’s much that’s truly extraordinary. Nonetheless Wan has fashioned a really good film out of this story, one that works start to finish, beginning to end, showing that the promise I felt was there all along wasn’t a figment of my horror fanatic-fueled imagination. It’s terrific stuff, every bit of it, and even someone as jaded as I ended up having to sit through all of the end credits in order to catch my breath and return to some semblance of normalcy after it had come to an end. 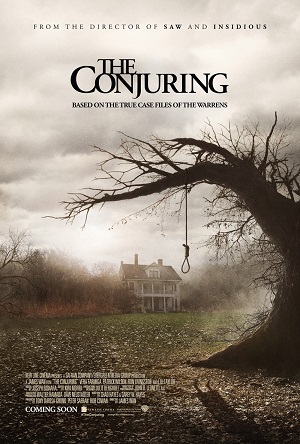