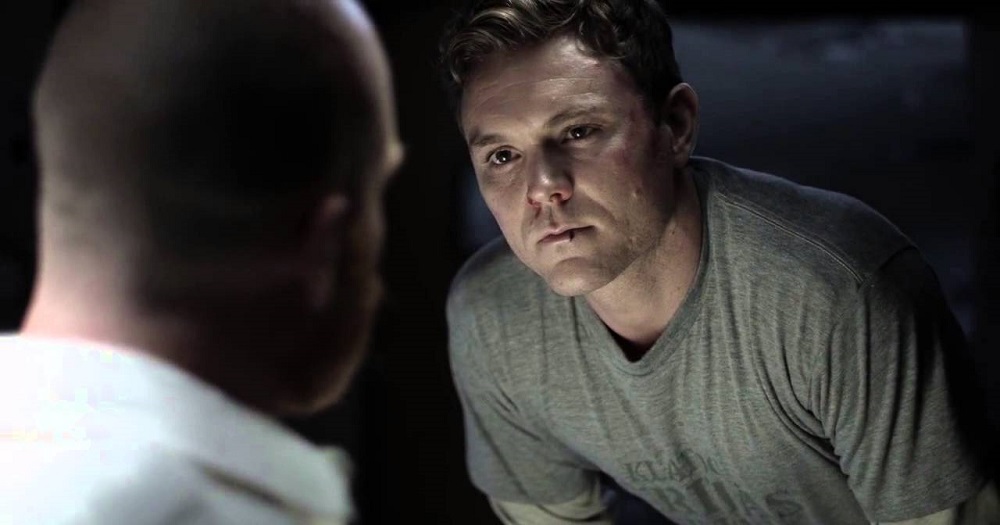 Detective Ben Walls (Clayne Crawford) isn’t happy. He awakens in a hospital bed after surviving a domestic terrorist bombing ready to get back to work only to have his Captain Saul Miller (Mykelti Williamson) insist he keep getting rest. But something weird is going on and the veteran investigator can’t help but notice it. Not only is the place oddly empty, but the security chief for the hospital (Gary Grubbs) is eerily nonchalant about things that should have him on high alert. Matter are made worse when a self-described avenging force named Daniel (Ethan Embry) arrives lethally doing away with any who stand against him while somewhat mystically having a way to bend some of the weaker-willed individuals walking the halls to his murderous point-of-view. 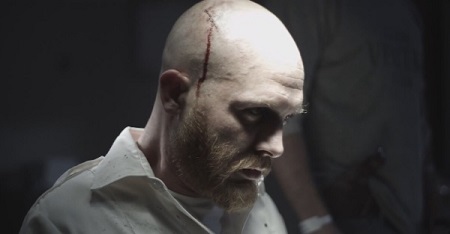 There are a number of layers to writer/director Drew Hall’s tricky thriller Convergence, most of which probably shouldn’t be talked about. What I can say, mainly because it’s a twist revealed really early on (and also one revealed both in the film’s trailer and also in the official synopsis), is that Ben isn’t stuck in a normal hospital. It is, in fact, a gateway, a dividing line between Heaven and Hell, the detective there for a variety of reasons, the most important being that his captain, along with a few others stranded there, need him to stop Daniel. Additionally, he needs to figure out who was the mastermind behind the bombing that sent him to this place in the first place, the answer to that question the one that could determine the destination of his immortal soul.

Is Ben alive? Is he dead? Those are not items I wish to discuss. Who is Daniel? Why is he so angry? I don’t want to deal with that, either. As for the events depicted during the film’s final 30 minutes, I’m not going to even breathe a single word about them other than to say they’re wittily inspired yet also annoyingly silly, changing the conversation as to what is going on in ways both amazing and annoying. What they do, however, is allow Ben’s character to go to a place that’s emotionally shocking. It is at this point the detective truly understands where he is and what the repercussions will be in regards to his actions, making it an unsettling question as to whether getting to the truth was worth the cost of doing so.

Hall’s ambition stretches beyond his reach. The layered nature of the narrative, the labyrinthine passages he asks the viewer to try and navigate, they do not all lead to agreeable destinations. Time periods overlap upon one another, questions of spirituality and faith are discussed but never dug into as fully or as completely as to satisfy, and in the end I can’t say the rules that the filmmaker lays down at the start are the ones he’s still following by the end. Additionally, there is a point where the twists just become a wee bit tiresome, Hall becoming so obsessed with pulling the rug out from underneath the viewer he comes exceedingly close to doing the same thing to his main character as well, and not in a way that works to his film’s benefit.

But the early portions are terrific, Ben’s wandering around the hospital, his early scenes with security guard (whose name happens to be Peter, and he’s something a gatekeeper, and I’ll stop connecting dots right there), they’re all creepy and in ways that excite the senses and pique the interest. There’s also a superb sequence where the detective finally figures out what is going on and what is he needs to do, everything building to a glance into a disturbing mirror where a proud man must come to terms with his own mortality in a way that shatters him to his core. It also allows for a sideways glance between two injured parties that will end up playing great importance later in the story, the filmmaker delivering this key piece of information with sensational subtly that’s close to perfect.

Crawford, probably best known for his recurring supporting roles in “Rectify” and “The Glades,” is first-rate, and I really liked the natural progression of his character as things started to fall into place. He also excels during the climactic portions, and as convoluted as the narrative gets Crawford is still able to sell the emotional component something fierce. Embry is also good, if a little one-dimensional, his maniacal ferocity a kick in the guts every time he shows up on the screen.

Hall’s got talent, and he’s certainly creative, and while his imagination and his enthusiasm get the better of him here that doesn’t make Convergence any less an intriguing spectacle. This is an ambitious little film, one that relies on character and plot to do the hard work for it, trading less in spectacle and more in human nature and that’s all to the well and good. If things ultimately go off the rails they don’t do so in a way that causes any lasting damage, the film’s final moments packing enough of an emotional, and in some ways spiritual, wallop to more than make up for the overblown complexity of the storytelling tricks Hall eventually opts to revel in. 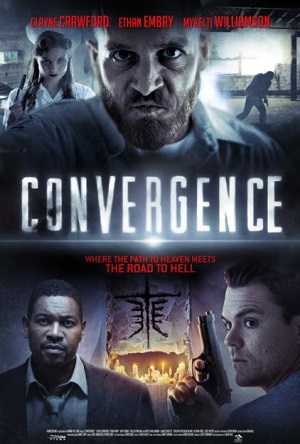