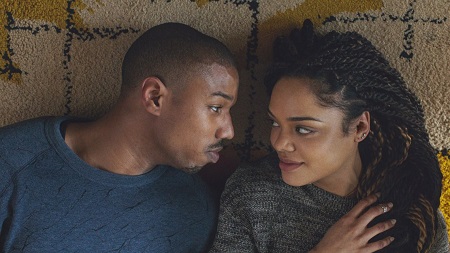 “High on the list of words I never thought I would write in 2015? How about something along the lines of proclaiming a sequel/spinoff to 1976 Academy Award-winner Rocky, a movie that’s already had five proper sequels, one of the year’s best motion pictures? Yeah. Can’t say I saw that one coming, either. But that’s exactly what writer/director Ryan Coogler’s Creed is, a movie that both embraces the ideas and themes from Sylvester Stallone’s enduring series while also bravely and dynamically forges its own unique path. It’s darn near perfect, the film an entertainment knockout for every single one of its 132 breathlessly paced minutes. 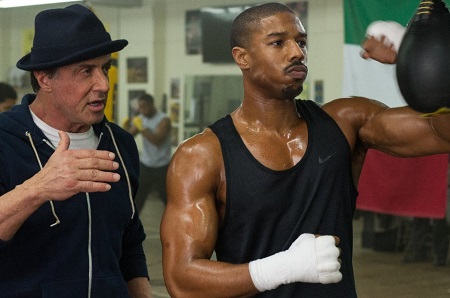 But the core remains the characters themselves. Coogler never loses sight of this, does not allow affinity for the previous sequels or an inherent knowledge of sports film clichés get in the way. Adonis and Rocky make one of the year’s best cinematic pairings, their transition from strangers to acquaintances to partners to friends to something so much more absolutely exquisite. The final scenes atop some familiar Philadelphia Museum of Art steps are the ideal coda to a new underdog story that by all rights shouldn’t be this magnificent, Coogler’s Creed a thunderous success that doesn’t just fly, it positively soars.”

Ryan Coogler’s foray into Sylvester Stallone’s Rocky-verse is outstanding, Creed without a doubt one of last year’s most dynamic, energetically compelling surprises. Arguably the best in the franchise since the 1976 Oscar-winning original, the movie comes remarkably close to being instantly classic, and at the very least continues the story in a way modern audiences will embrace, marvel at and delight in for many years to come.

Know the Past, Own the Future (14:49) – Great little behind-the-scenes effort featuring interviews with the cast and crew, most notably Stallone and Coogler, talking about the elements that brought them together in order to see this film come to life.

Becoming Adonis (5:46) – A focus on star Jordan and what it took for him to transform his body into something approximating that of a world champion boxer.

Deleted Scenes (19:36) – Fantastic collection of deleted scenes, all of which stand on their own and are far more interesting than usual. Same time, it’s easy to see why Coogler excised them all, because while each scene is fine – oftentimes more than that – in and of themselves, they just as clearly do not add anything new or additional to the story.

Not to overuse or waste a cliché, but Creed is a knockout. More than just a next chapter in the ongoing Rocky saga, Ryan Coogler’s film stands proudly and dynamically on its own, this inspirational sports melodrama an outstanding piece of pulp entertainment almost certain to stand the test of time. 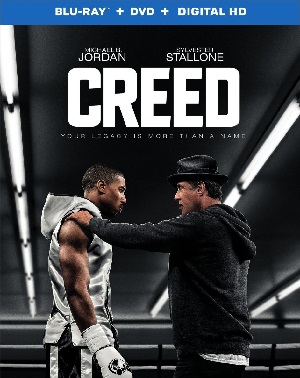