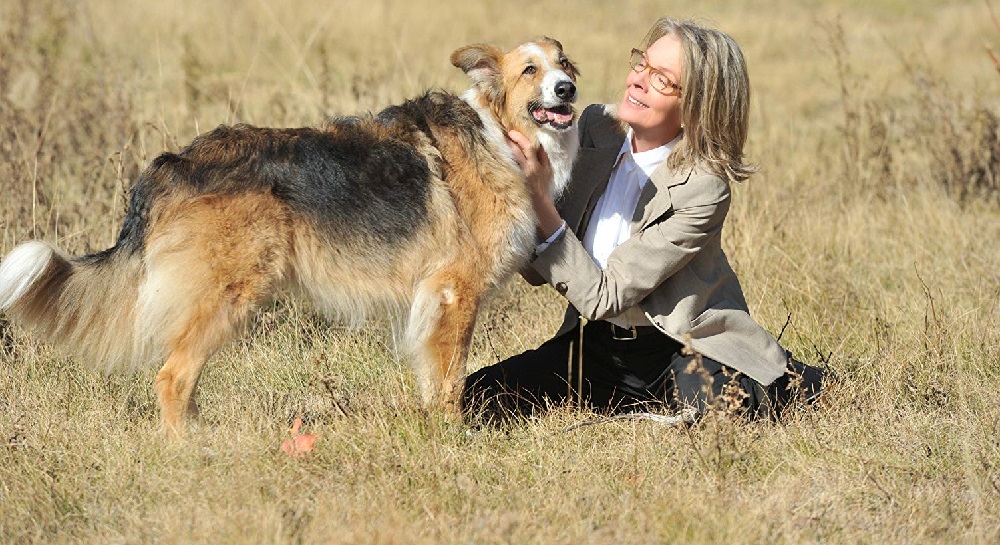 Lawrence Kasdan’s Darling Companion is one of those motion pictures I wish I liked more than I actually do. The man behind such dazzling dramatic wonders as The Big Chill, The Accidental Tourist and Grand Canyon, as well as the driving force masterminding the smoldering thriller Body Heat and the exuberantly giddy western Silverado, the four-time Academy Award nominee is as solid a filmmaking presence whose body of work speaks for itself. Even his misfires, Wyatt Earp comes to mind, as does I Love You to Death, ooze a certain sort of quality, making them incredibly easy to sit through even if they’re not entirely satisfying.

With this latest independently-produced venture, Kasdan returns to work behind the camera for the first time since 1999’s Mumford, and sad to say even with an all-star cast boasting the likes of Diane Keaton, Kevin Kline, Richard Jenkins, Diane Wiest, Elisabeth Moss and Mark Duplass this one leaves a lot to be desired. The movie isn’t so much bad as it is tired and rudimentary. It goes through its motions with all the energy and pizazz of a leisurely walk through an empty mall. No one says anything that is unexpected or does anything that isn’t easy to anticipate, everything building to the type of heartwarming conclusion is cliché and forgettable in equal measure.

The story, inspired by an event that happened to Lawrence and his co-writer and wife Meg Kasdan, revolves around longtime marrieds Beth (Keaton) and Joseph Winter (Kline) and involves their dog Freeway, an animal she saved from death, discovering him battered and bruised on the side of the road along with her daughter Grace (Moss). He’s a noted back surgeon practicing with his nephew Bryan (Duplass) while she sits at home wondering what happened to her life longing for companionship. A void is filled when Freeway enters the picture, the dog helping make the couple’s life better even if Dr. Winter hasn’t taken the time to notice.

When the animal goes missing right after Grace’s wedding to veterinarian Sam (Jay Ali), Beth and Joseph quickly realize just how detached from one another they’ve allowed themselves to become. Along with Bryan, Joseph’s sister Penny (Wiest), her new boyfriend Russell (Jenkins) and the pair’s beautiful yet mysterious housekeeper Carmen (Ayelet Zurer), the group scour the Colorado high country in search of Freeway. As they do, each of them learn a handful of truths about one another they didn’t know beforehand as they work to bring the dog back home.

This movie is nice. It oozes politeness. It goes out of its way to create a warm and friendly atmosphere difficult to take offense with. The drama doesn’t have a bad bone anywhere in its body, and even if what it’s talking about can sometimes go to some uncomfortable places, longtime relationships are known for doing just that so in a way that’s moderately admirable.

But that’s also the problem. Darling Companion is so intent on not taking anyone to task or coming up with sights or sounds an audience might find potentially off-putting it ends up swimming in some incredibly banal waters. Nothing feels fresh and even less bristles with originality, everything building to a routine conclusion that would have been considered old-fashioned seven, maybe even eight decades ago.

Not that I hate this film. With that cast, with the quality of the filmmaker behind the camera, the resulting picture is hardly a disaster. Keaton, Kline and company could say their lines with a passion and a sincerity they don’t deserve, making many of the little moments somewhat resonate even when they don’t have any right to. There is something comforting about this story that’s hardly distasteful, and if it didn’t all feel so warmed-over and anticlimactic I might be more willing to give the drama more of a pass.

But I can’t do it. Darling Companion never achieves liftoff, doesn’t bring to life its cadre of characters or their interconnected dilemmas in a way that matters. This is a mangy mutt desperate to break free of its tethers yet is sadly never able to do so, the movie stuck in emotional neutral almost as if Kasdan has spayed and neutered the proceedings in order to keep the consumption of Kleenex by the audience to a minimum. 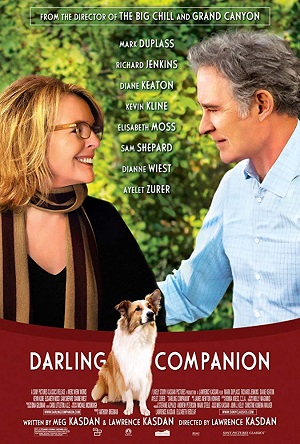