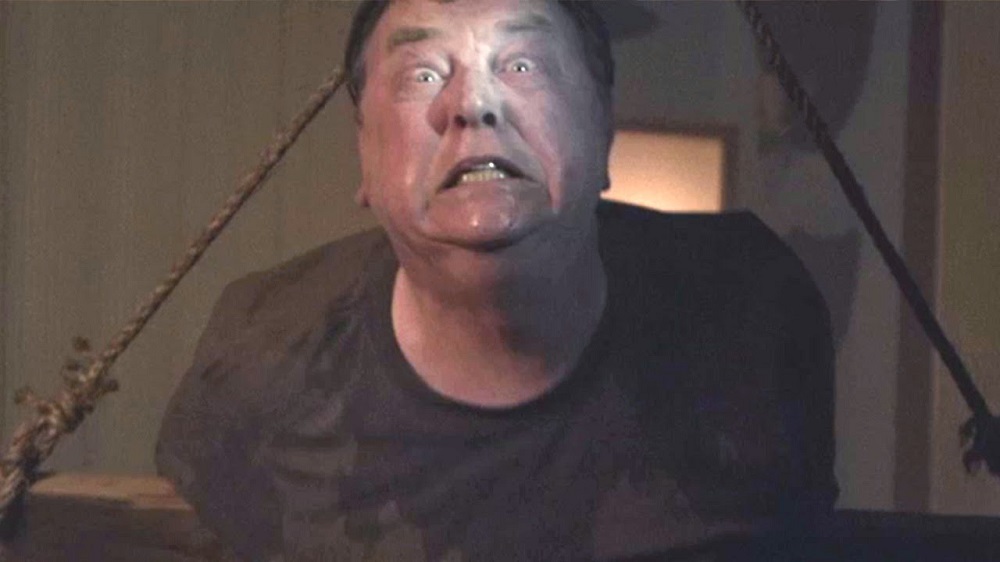 George Lockhart (Gene Jones) has had a stroke. The Vietnam War veteran is home, thanks to his estranged son Jerry (Peter Cilella) and his college-aged granddaughter Shelby (Hassie Harrison), but his doctor is urging he no longer live on his own, suggesting he move into a retirement community for his future health and safety. But the nurse charged with his immediate aftercare, Michelle (Kristina Klebe), suggests an alternative, in-home care, an idea the Lockharts, especially George and Shelby, quickly warm to. 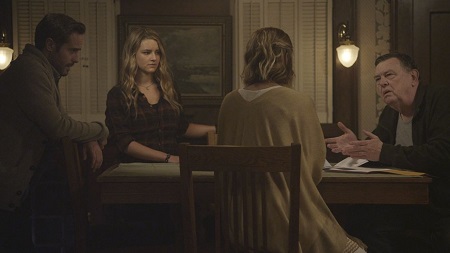 Needless to say, Michelle is hired for the job, and just as obviously the bright, seemingly intelligent woman isn’t everything she appears to be. Or is she? Maybe George’s fears and insecurities all exist inside his head, a byproduct of his stroke, a form of dementia that’s clouding his thinking. At least, that’s the mystery lying at the heart of cinematographer-turned-director Mike Testin’s (Contracted) feature debut Dementia, a psychological thriller that is fairly obvious with a number of its central tricks yet plays the most important one strikingly close to the vest. It builds suspense and tension nicely, anchored by a pair of wonderful performances from Jones and Klebe that are a disturbingly giddy joy to behold.

The question as to whether or not George is losing his mind is actually dispensed with quickly. It’s clear the moment Michelle inserts herself into the household there is something dubious in regards to her intentions, and it’s very easy to surmise it probably is directly correlated to his time in Vietnam as a prisoner of war who managed to get the upper hand on his captors leading to his being regarded as a hero back in the U.S. More, it’s just as clear that these experiences are also what made him such a terrible father and husband and it’s why Jerry could care less about his welfare, so when good old dad starts to express doubts about his new nurse’s sanity the son brushing those off as the ravings of a mean old coot are perfectly understandable.

All the same, Meredith Berg’s nuanced screenplay has more than a few delicious tricks up its sleeve, not the least of which is the introduction of Shelby, a young woman who knows little to nothing of her grandfather’s history and as such is eager to make her mind up about him for herself. She gets to know George for who he is now, gets to see how his regrets and fallacies have had their way with him over the decades. The fact she’s able to latch onto him as she does is beautifully handled, the delicate brushstrokes that shape their relationship shockingly intimate. 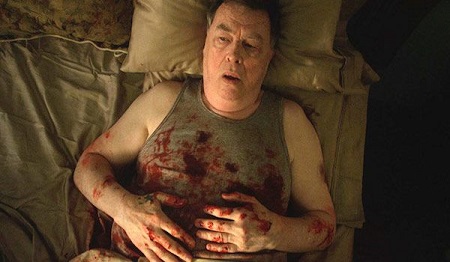 Testin, whose visual chops are never in doubt, the freshman director unsurprisingly doubling as his own cinematographer, balances out the emotional components nicely. He allows the obvious secrets to reveal themselves at their own measured pace, not going out of his way to pointlessly shroud things in an ambiguity that just isn’t there. Instead, he waits, much like a cat ready to pounce at the canary, to unleash the key revelation, not doing so until the time is absolutely perfect and so the emotional response generated by it is unnervingly catastrophic. It all leads to a climactic moment between Jones, Klebe and Harrison that’s shattering, the actual truth that’s been fueling the horror cutting through the flesh all the way down right into the marrow.

I’m curious to see where Testin decides to go from here. As a cinematographer, he’s as strong an up-and-comer as any that is out there at the moment. But his directorial instincts are so strong, so right on, I can’t help but hope he continues down this path. Dementia is a B-grade psychological thriller, but it often aspires to be much more, and as good as the performances are and as tight as the script might be Testin in arguably the chief reason for that. This is a fine little debut, one I hope interested audiences take the time to search out and discover soon as they can. 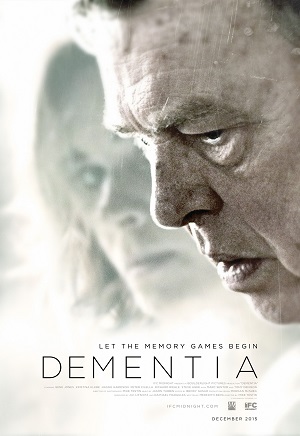