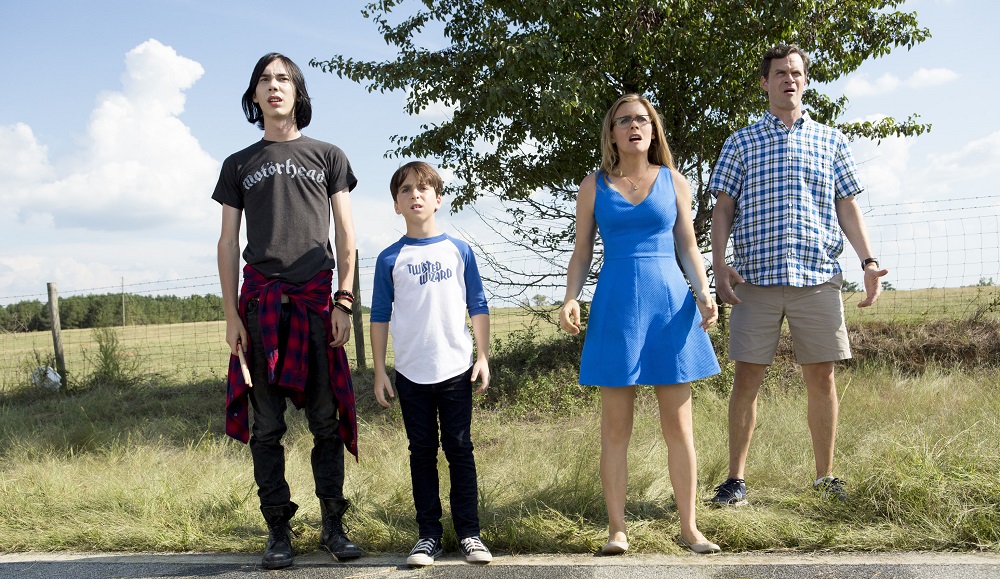 Hitting the road to visit his great-grandmother on her 90th birthday, 12-year-old Greg Heffley (Jason Drucker) isn’t sure stuffing the entire family inside a minivan for an extended period of time is such a great idea. Mom Susan (Alicia Silverstone) cannot help but disagree, the cheerful parent certain this excursion through the American heartland will do the entire Heffley clan a great deal of good. Putting an electronics ban into effect for the duration of the trip, Greg, his older brother Rodrick (Charlie Wright) and his workaholic father Frank (Tom Everett Scott) all bristle at her edict, only two-year-old Manny (twins Dylan and Wyatt Walters) not seeming to care that he can’t play around with a cell phone. 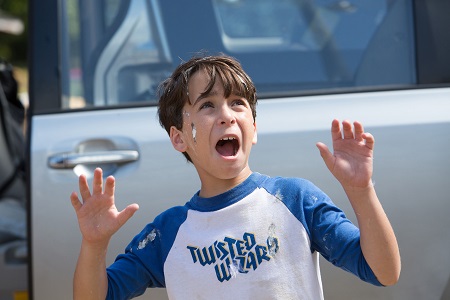 I believe every movie deserves a chance. When the lights go down and the curtain goes up, I try to let any preconceptions I have evaporate into the ether, always hoping each film I choose to watch is going to send me out of the theatre with a smile on my face and a skip to my step. I can’t say I’m always successful, and there are certainly moments where my trepidation or excitement for what it is I’m about to watch can initially get the better of me. Overall, though, I like to think I’m quite good at giving every motion picture I encounter a fair shake, because truth be told you never know when something you’ve been told is going to be dreadful ends up terrific and a feature you’re all but certain is going to be masterful turns out to be a massive pile of junk.

After a five year intermission, co-writer and director David Bowers, who also helmed both Rodrick Rules and Dog Days, and author and fellow screenwriter Jeff Kinney return to the series, offering up something of a soft reboot with an all-new cast inhabiting the key roles. But things are just as dumb and as ugly as ever, and what oftentimes works so well in many of Kinney’s massively popular books just comes off as rancid and deplorable when depicted within the confines of a motion picture. This time out, Greg is an irredeemable hellion, the choices he makes, the way he treats people, all of it is just disgusting; none of the life lessons he is supposed to have learned feeling authentic or believable as far as the grand scheme is concerned.

I just don’t get it. This story makes fun of the overweight, enjoys ridiculing its main characters along with all of the supporting players, treats Susan with unforgivable disdain and does nothing to show that there is a single thing resembling a repercussion for any of Greg’s (or for that matter Rodrick’s or Frank’s) unrelenting onslaught of falsehoods and thoughtlessly self-destructive acts. It’s a 90-minute movie that feels like it runs for three times that length, and what is obviously meant to be a family-friendly, Vacation-style romp turns out to be instead an almost unwatchable deluge of bathroom jokes, gross-out theatrics and unrelenting ridicule I honestly wanted to walk out on. 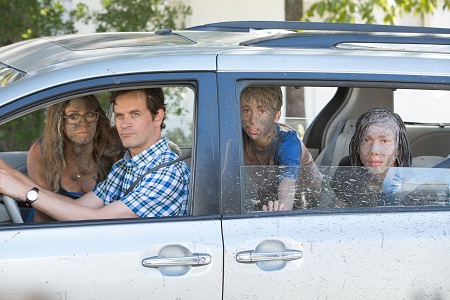 The movie does get a half-star thanks in large part to Silverstone’s game willingness to commit herself to all this madness and mayhem far more completely than this sequel deserves, and while she’s a heck of a long way from Clueless the actress does manage to exude an undeniable comedic charm from time to time. There is also one decent sight gag involving a bag of cheese puffs and a hot tub, while an extended bit involving a kid-appropriate variation on “Truth or Dare” is actually moderately funny, the family turning the tables on an oblivious Rodrick as he inadvertently admits to a whole slew of secrets he’d rather his parents didn’t know about.

Not that I care. Diary of a Wimpy Kid: The Long Haul comes agonizingly close to being unwatchable, this fourth entry in the series having virtually nothing of value to offer to any viewer of any age whatsoever. If they for some unimaginable reason make a fifth one it’s likely I’ll break my own rules and just stay home. Even with my unwavering desire to give everything the benefit of the doubt, continuing to give the films in this particular series a look is proving to be an almost unendurable waste of time. 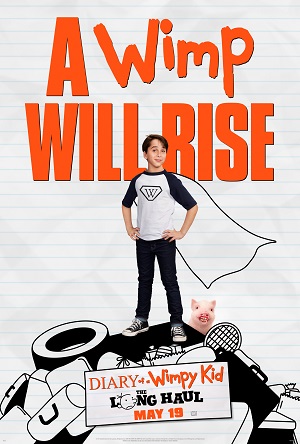