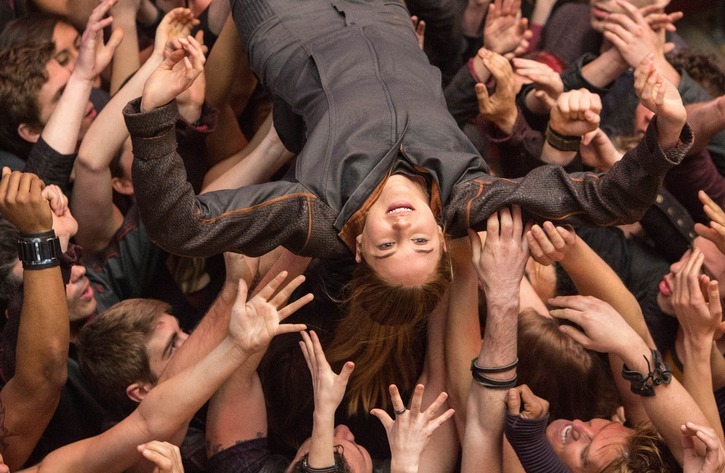 I haven’t read the trilogy by author Veronica Roth that inspired director Neil Burger’s (The Illusionist, Limitless) Divergent, and to be perfectly truthful I have trouble believing I need to. Cut from the same cloth as numerous dystopian futuristic adventures set on a ravaged Earth where a teenage heroine rises from the ashes to right wrongs and bring long forgotten truths back into the light, there’s a heavy dose of been there-done that present throughout. As such – rightly or wrongly – it’s easy to assume surprises or idiosyncratic nuances will be in short supply, the thought of picking up the books in order to discover whether or not that’s true for myself not a strong one. 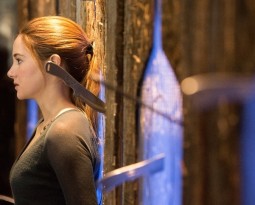 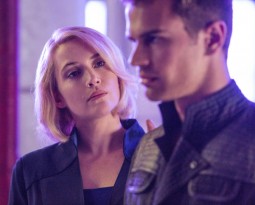 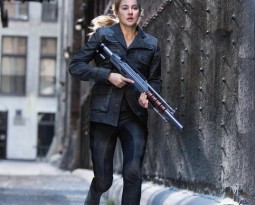 After watching Burger’s film, scripted by Evan Daugherty (Snow White and the Huntsman) and Vanessa Taylor (Hope Springs), I can’t say anything has changed as far as that goes. There’s nothing about the story that feels fresh, little about it that struck me as original, and if this is Summit Entertainment’s attempt to get their own box office behemoth on par with The Hunger Games than the studio should prepare for disappointment.

But not a lot of it. Unlike other recent adaptations of Young Adult literary properties, most notably Beautiful Creatures, Vampire Academy and The Mortal Instruments: The City of Bones (and, to a lesser extent considering the age of the material, Ender’s Game), Divergent still has the appearance of being something of a minor hit. The characters at the heart of all the madness and mayhem are relatively strong, the actors charged with bringing everything to life good ones and Burger is a solid enough director that he knows how to generate energy and suspense with the best of them. There is potential for improvement as far as assumed future installments are concerned, and I can’t say the thought of sitting through them when they are inevitably released is one I’m dreading.

All the same, my pulse isn’t racing at the thought, either. Set in a world where civilization has crumbled and remaining bits of humanity have been split into five distinct factions based on a person’s perceived personality, the Orwellian overtones are hardly subtle. Things revolve around the questioning Beatrice (Shailene Woodley), Tris for short, who discovers during her faction testing she doesn’t belong to any single category and is thusly dubbed ‘divergent,’ a truth she is urged by her terrified tester Tori (Maggie Q) to keep secret.

Why? Divergents are being secretly eradicated, the intellectual faction, specifically their dogmatic leader Jeanine (Kate Winslet), seeing them as a cancerous threat to societal prosperity and peace. Hiding amidst the warrior class hoping to join their ranks Tris inadvertently discovers a horrifying conspiracy that puts everything she knows into question, not only her own life threatened but that of her selfless peace-loving parents Natalie (Ashely Judd) and Andrew (Tony Goldwyn) as well.

As with all these types of stories there’s a love story thrown into the mix, our heroine making gaga eyes at her commanding teacher-slash-drill sergeant Four (Theo James) immediately. She also gets to make best friends with a fellow newcomer, the forthright Christina (Zoë Kravitz), while the acerbic and petulant Peter (Miles Teller) goes out of his way to undermine Tris for his own nefarious reasons right from the start.

A lot of time is spent on world building, which considering everyone involved is hoping for a trilogy this shouldn’t come as too big of a surprise. Problem is, as none of this is novel or new, said world building quite tedious at times and adding a substantial amount wasted space to the film’s already overlong running time (just shy of 140 minutes). Burger does what he can to enliven the proceedings, precious moments of whimsy popping up here and there. But overall there is a dour tediousness to the various training montages and backdoor politicking that’s unavoidably tiresome, my mind wandering on more than one occasion wishing the filmmakers would just get on with it.

There is a bigger problem, though, not so much with the overarching story itself – it’s more or less fine, for what it is – but with the main threat central to this initial episode of the saga. Not only is it a little on the silly side, think 1984 dashed with healthy dose of THX 1138 as delivered by Machiavellian scientists and soldiers who might as well have ‘Dastardly Villain’ stamped upon their collective foreheads, but it also makes little logical sense. More than that, there is zero shock to how things ultimately turn out, and while the stage is set for future revelations, as well as eventual full-bore revolution, I don’t hold out a lot of hope that will turn out any more stirring as anything presented here proves to be.

I’m making this sound worse than it is. Woodley is strong, and I like how down to earth she is throughout. She’s not your typical Hollywood beauty and as such she fits this world, this character, all the more marvelously, the actress slipping into the proceedings with authoritative ease. While facets of heroines as sacrosanct as Leia Organa to Sarah Connor, Ellen Ripley to Katniss Everdeen, are apparent, overall Woodley manages to make Tris uniquely her own, giving her a believable universality easy to relate to and understand.

As for Burger, I do think he does a more than adequate job the majority of the time, certain sequences having a zip and a zest to them I responded to. There’s a great, briefly euphoric sequence featuring Tris on a zipline traveling through the ruins of her city, while another snapshot between her and Jeanine chatting over an ominous cup of tea has a noticeable hint of menace that sent shudders up my spine.

Yet as nice as all of this might be, again I admit to having a hard time bringing myself to care. As good as a few of the individual elements are, as strong as the casting proves to be, the rudimentary over-familiarity of all that is transpiring is difficult to get past. The world Divergent depicts is hardly special or new, and while I am slightly curious to see what happens next I can’t say I’m enough so to proclaim I’d be all that bummed if the studio decided to forgo making the sequels and let things end with this. 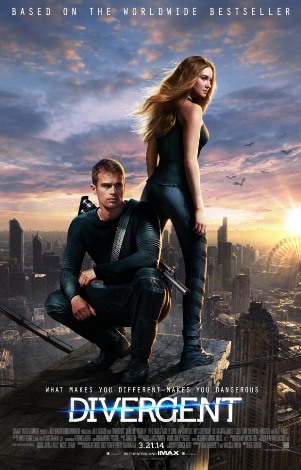