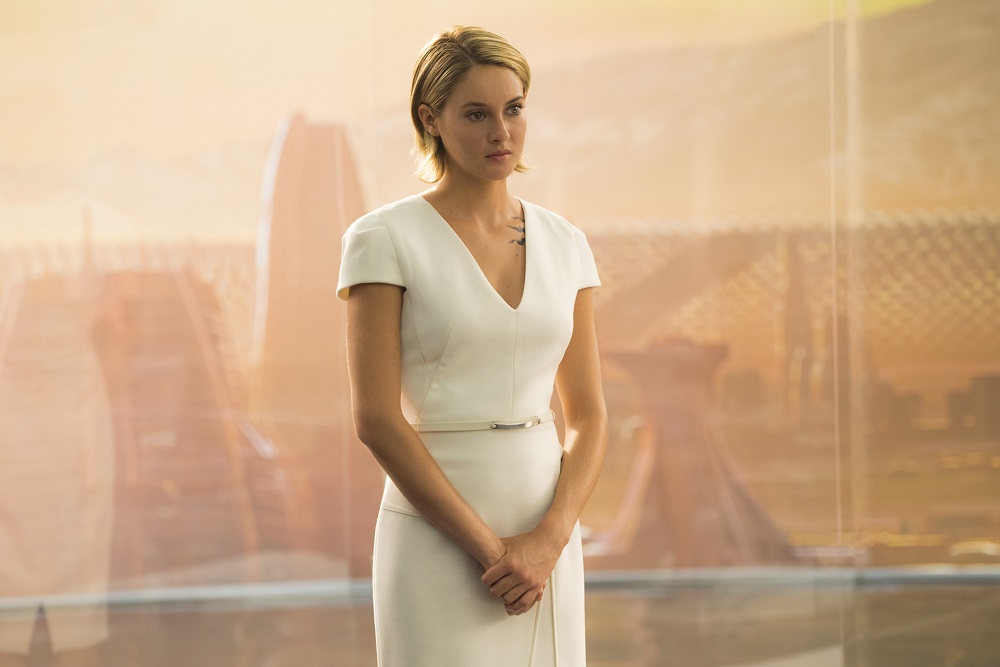 After destroying the faction system in Chicago, divergent Tris (Shailene Woodley) is ready to discover what’s on the other side of the wall. While Evelyn (Naomi Watts), Four’s (Theo James) estranged mother who is quickly consolidating her power what with former nemesis Jeanine’s demise, has decreed no one can leave, the teenage heroine cannot shake the sense she is being called by forces outside the city. Tris needs to know who, or what, is out there, and nothing is going to stop her from doing just that. 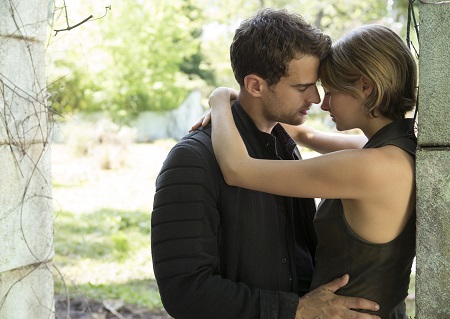 With Four leading the way, Tris, her traitorous brother Caleb (Ansel Elgort), trusted ally Christina (Zoë Kravitz) and duplicitous know-it-all Peter (Miles Teller) break out of Chicago and escape into the wasteland beyond the wall, discovering an ecologically damaged world seemingly beyond repair. With Evelyn’s second-in-command Edgar (Jonny Weston) hot on their tail, the group is rescued from oblivion by a technologically advanced military unit commanded by the charismatic Matthew (Bill Skarsgård). He, in turn, leads them to safety. More, he introduces Tris to David (Jeff Daniels), an enigmatic scientist who has been orchestrating events behind the scenes hoping this young divergent woman would seek him out and then take important steps to ensuring humanity’s survival.

Based on the final book in young adult fiction author Veronica Roth’s popular trilogy, The Divergent Series: Allegiant is the next chapter in young Tris’ evolution into hero and savior, the movie picking up not long after the events of the last film, showcasing a Chicago in turmoil with no faction system to help guide the remaining citizens. It’s honestly an interesting subplot, showing how destructive and heartless mob rule can become, how anger unmanaged can easily transform into just the type of dictatorial fascism those like Evelyn were supposedly rising up against when it pertained to Jeanine.

Not all that surprisingly, those ideas are not so much dismissed as they are hastily set aside, only referred back to when the narrative requires, as if to remind the viewer Tris needs to come to her senses, return home and set things back on the course she placed them on before the damage is irrevocable. No, the main thrust of the film concerns the heroine’s dealings with David, Caleb’s redemption and Four’s realization that this apparent utopia they’ve been welcomed into isn’t as wonderful as those in charge would like everyone to believe. There are discussions about free will and genetic alterations, the theoretical fight between the two made concrete when it is revealed what exactly Chicago has been used for and where the powers-that-be would like to take the citizens still residing there next.

The problem? None of it matters. Not a lick. The writing is anemic, so insultingly silly all of the potentially good ideas buried within the scenario are never given a chance to evolve. They’re all stranded in neutral, everyone forced to portray genre archetypes and never anything else close to a living, breathing human being. The inherent melodrama is laid on so thick it comes close to feeling like a parody of these sort of YA dystopian stories, the rushed nature of the production easily making this second-to-last chapter (Roth’s final book has been split into two, The Divergent Series: Ascendant scheduled to hit theatres in July of 2017) the worst entry in the series so far.

The only one still looking like he’s having any fun is Teller. The actor is a total hoot, performing as if he’s the star of the show, oozing a form of self-centered menace that’s as comical as it is unsettling. His egocentric bravado is like a breath of fresh air every time he bursts onto the screen, dominating entire passages in ways that only shine a spotlight on just how mundane and unimportant so much of the rest of the picture proves to be. His Peter is the real villain in all of this, showing how the darkness lurking inside just about anyone can slowly and irrevocably consume everything it encounters no matter how small its presence inside the soul initially might be. 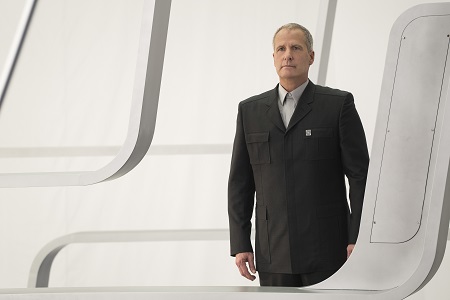 The rest? What’s there to say other than the majority of the remaining cast member have little that’s worthwhile to portray. This includes the fantastically talented Woodley. She’s stranded dealing with writing that paints Tris in so many contradictory directions it’s impossible to tell if she’s the smartest person in the room or the most blindly clueless. The character is an amalgam of just about every hero prototype one can imagine, a pseudo combination of Luke Skywalker, Katniss Everdeen, Joan of Arc, Bella Swan and Sarah Connor that just never works. Woodley tries, but there’s never an emotional connection to the character, at least not this go-around, watching her struggle to make some sense out of all this chaos hardly what I’d call entertaining.

There’s more, not the least of which is the ugly, and oddly cheap, visual esthetic returning director Robert Schwentke (Red) and his team have come up with this time, nothing as eye-popping as a small handful of sequences from the previous two films admittedly were. Worse, it’s just all so painfully dull, and even with rebellion and insurrection joining forces hand-in-hand there is a rudimentary nonchalance to things that grows increasingly tiresome as events progress. While I’ve never hated any of these Divergent efforts, this latest one certainly tried my patience to an exasperating degree, Allegiant a tedious exercise in futility even fans of the series will have a hard time finding anything worthwhile to talk about once it comes to an end. 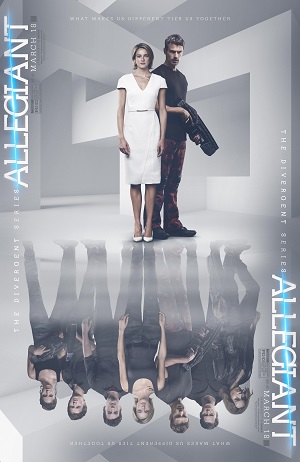