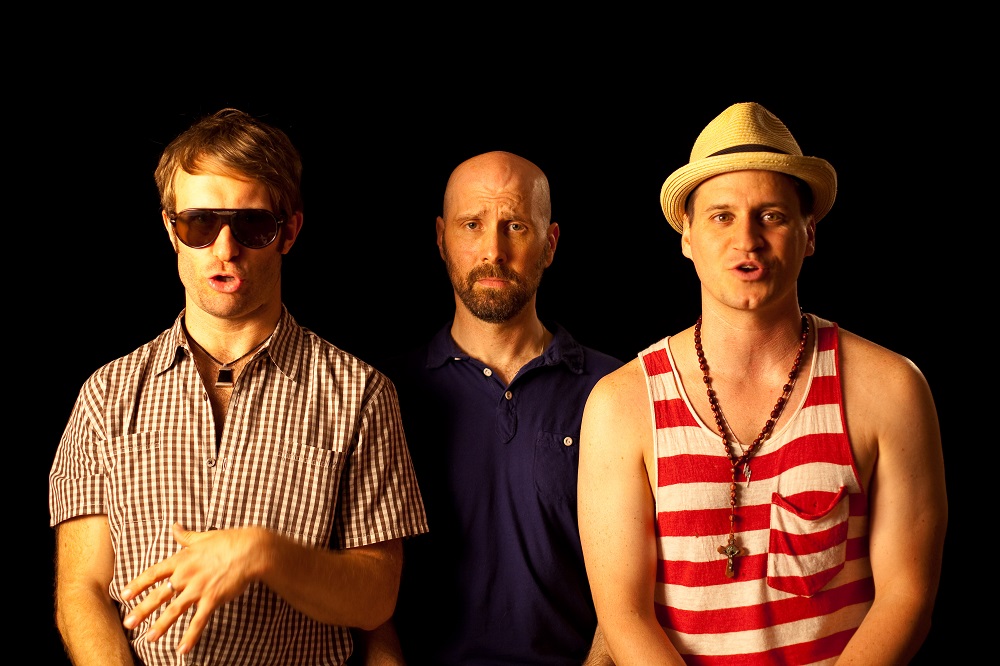 Gay Sounds Off On Complex Questions

The best thing about David Thorpe’s documentary of self-exploration Do I Sound Gay? is the deeply personal realization it comes to. At the end of the day, what this rather slight film ends up being about is acceptance. Yet, not on a broad scale, but on a deeply personal one, instead. What Thorpe comes to realize is that, in the end, he can’t expect others to fully accept him, more to the point to love him, if he in turn cannot learn to accept himself. 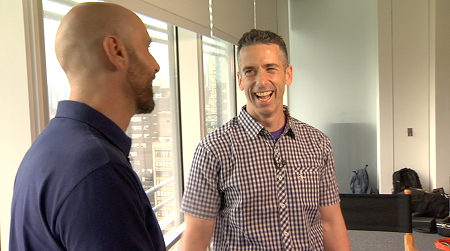 It’s a powerful way to conclude things, and one goodness knows all of us could use to learn from. But self-acceptance is a hard thing to come by for so many members of this human race, liking who we are for what we are and then in turn being perfectly okay with that to the point we don’t care what others might think mighty hard to do. While it sounds a little like psychologically therapeutic mumbo jumbo, for a large swath of the population – gay, straight and all the various textures in-between – this is a whole lot easier said than done to say the least.

All that being said, I’m still having a terribly difficult time getting overly excited about Thorpe’s documentary. The film follows his attempts to understand and come to grips with why he “sounds gay,” what it was that happened during his life to lead him to use the vocal inflections and attenuations he has for a great deal of his 40-plus years. He goes to a speech therapist, visits his family and speaks with friends, while at the same time interviewing a number of LGBT luminaries and allies (including Dan Savage, Tim Gunn, Margaret Cho and, of course, George Takei) to talk about a number of issues including whether or not attempts to get rid of his stereotypical homosexual speech patterns is in some strange way a betrayal of the gay community.

There’s a part of me that can’t help but look at the film as nothing less than 77 minutes of pure narcissism. Listening to Thorpe talking about himself and his problems, looking at his daydreams, all of it hit me a little sideways now and again. But I also think some of that is the very point he’s attempting to make. His delivery leads to conversation about gay stereotypes and cultural depictions throughout the 20th century into today. It also forces a look into the mirror as it pertains to the eroticism of the super-masculine male image, examining additional clichés and architypes some will undoubtedly find uncomfortable.

Do I Sound Gay? still comes off a little inconsequential, and while I love many of the conclusions I can’t say there’s still a ton of story or narrative as far as this documentary as a whole is concerned. Thorpe’s journey is mostly observational, not spending a ton of time looking at deeper issues instead keeping things relatively light and moderately fluffy throughout. It’s a fine watch, the filmmaker constructing a far tighter and more curiously detailed examination of himself than I initially anticipated. I just don’t think its anything terribly essential, and whether or not that’s significant as far as the docs overall importance is concerned I honestly do not know. 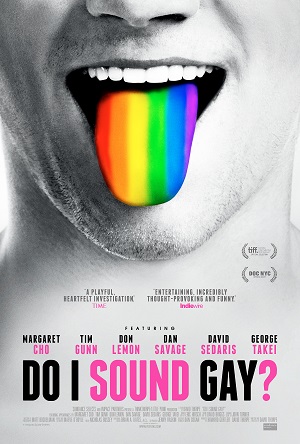