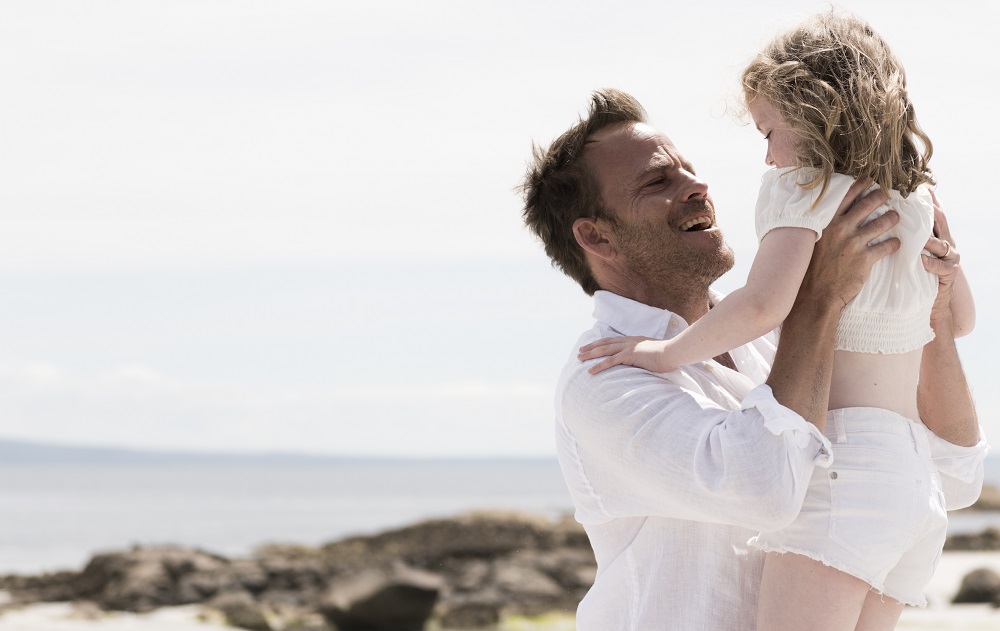 Melodramatic Misfire Don’t Go Lives Up to its Title

American author Ben Slater (Stephen Dorff) teaches English literature at an exclusive prep school in Ireland while his wife Hazel (Melissa George) restores their picturesque seaside home back to its original glory. It’s been over six months since the death of their only daughter Molly (Grace Farrell), and understandably neither of them are dealing with lingering aftereffects of this tragedy particularly well. Ben is plagued by a series of strange dreams of he and his family spending a day at the beach building a sand castle before a coming storm wrecks things, the well-known, if oddly spelled, idiom, “seas the day,” popping up everywhere he looks as well. 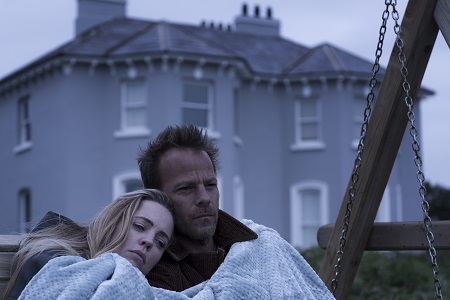 As much as the pair tries to get on with their everyday lives, this strange dream keeps haunting the author, making him question everything he thought he knew about rational reality. With each passing day, Ben begins to suspect there’s some sort of secret here that will allow him to change the past, to right the wrongs the mistakes he’s made and ensure Molly survives. While Hazel urges him to get psychological help, and while the community’s religious elder Father John (Simon Delaney) does his best to talk some common sense into his friend, the author remains undaunted in his quest. He will figure out the secret behind this dream no matter what the cost.

Don’t Go is a strange mind trip of a psychological thriller, director David Gleeson and co-writer Ronan Blaney conjuring up a decent premise that had me initially questioning what was going on. The mystery at the heart of Ben’s strange dreams is based in real emotional hardship, and I liked the way the filmmakers threw me immediately into the center of his mental maelstrom right from the opening scene. But the story isn’t nearly as well fleshed out or as intelligent as those early moments got me to think it was going to be. Worse, there is a patriarchal, borderline misogynist bent to the film’s narrative destination that I found off-putting, and as relaxed and as naturalistic as the performances from Dorff and George might be this is an egregious misstep I simply could not get beyond.

I really was intrigued by the scenario that Gleeson and Blaney had come up with. The way in which Ben starts to analyze his dream, how he begins to dissect it in order to study its most intimate bits and pieces, all of that is moderately fascinating. But the “seas the day” thing grows increasingly silly, the solution to this particular riddle bordering on being just plain dumb. Additionally, for all his supposed good intentions Ben is something of a consistent sleaze and Dorff has the hardest time trying to imbue him with anything approaching a semblance of selfless humanity. It’s like the character is just play acting at having a grieving soul, the author, husband and father seemingly more concerned with concealing unwholesome secrets from his wife than he appears to be willing to be honest with her about any of the events that led up to their daughter’s untimely death.

That’s where my main problems here lie. Ben is never honest, at least not with those by all accounts he should be with in order for his cockamamie plan to bend time and save his daughter is going to be met with anything close to lasting success. The movie is brazen in showing his mistakes, especially where they concern longtime friend Serena (Aoibhinn McGinnity), but that’s really all Gleeson and Blaney seem interested in doing. There is no attempt at catharsis. No attempt at understanding. No attempt to come clean with any of the people who need to know what really happened the night Molly met with her accident. All of that simply does not exist. 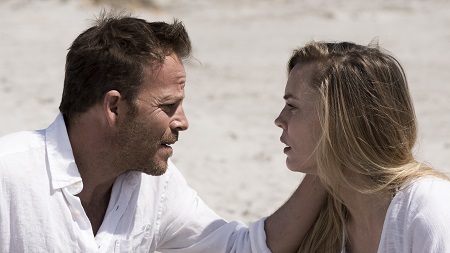 Dorff tries. He truly does. While I can’t say I’ve ever been the actor’s biggest fan he certainly isn’t just strutting around preening just for the sake of doing so. His few scenes with Farrell exude fatherly tenderness, while many of his moments with George, who is fully committed to delivering a complex and as emotionally resolute performance even if the script does her character no actual favors, have an understated naturalism that’s really rather nice. It’s obvious Dorff is going above and beyond in order to make Ben hopefully more than what he appears to be, and there is something to be said about just how fully the actor submerges himself into the material in hopes his efforts will resonate with the audience.

But none of it ended up mattering to me. Ben’s ultimate act might have the appearance of selflessness but that doesn’t mean any of what he does actually born from the truth or rooted in honest to goodness human understanding. If anything, what he does is arguably the most selfish thing possible, all of which makes whether or not his theories in regards to his dream being the key to bend back time and change his daughter’s fate prove to be true not as important a discovery as they by all accounts should undeniably be. For all its creative resourcefulness and artistic aspirations, Don’t Go just made me angry, and as I can’t go back into the past to erase this effort from my memory all I can do at this point is just warn everyone reading to not repeat my mistake. 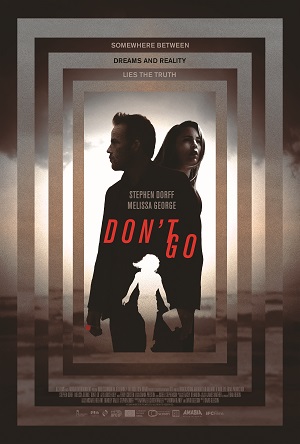