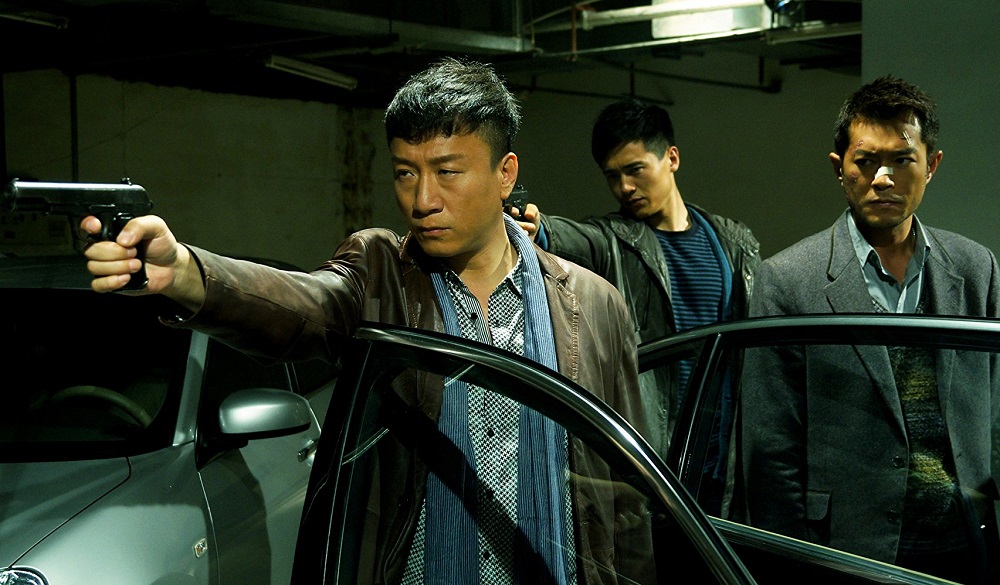 Captain Zhang (Sun Honglei) has a nose big cases. When small time drug manufacturer Timmy Choi (Louis Koo) falls into his lap, he knows something major is coming his way. The methamphetamine maker is facing a death sentence, and he’s not about to go down willingly, making a deal with the driven cop to help him hunt down the brains behind one of China’s largest and most profitable drug trafficking operations. 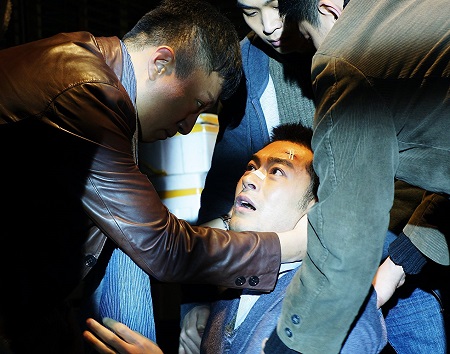 It’s not exactly an original plot, but don’t hold that against director Jonnie To’s (Election, Exiled) first mainland China production Drug War. The movie is a kinetic kick in the pants, it’s eyes pinpointed directly on the tactics employed by the police to exact what they see as justice no matter what the collateral damage. One part procedural, another part old Hollywood gangster shoot-‘em-up, the whole thing is a punchy, bullet-riddled opus of angst and machismo that ends up being one heck of a lot of fun.

Not that it makes a ton of sense. For as great a police officer as he is supposed to be, Zhang does some incredibly stupid things, putting not just his team but his entire unit in jeopardy more often than seems reasonable. His relationship with Choi is built on a trust that doesn’t feel entirely earned, making the impacts of the ultimate tragedies to come not nearly as effective as they might have been had To utilized a more delicate or nuanced hand.

Not that subtlety is something he has frequently traveled in at any point in the past. He likes to see the bullets fly, to have the melodramatics heightened and the energy level kept at a fevered pitch. Sometimes this works great (see Election), other times it works in direct opposition to the story being told, everything combining to make To an intriguingly hyperbolic talent whose films are always worthy of watching even if they’re not always memorable.

In the case of Drug War, this sort of touch works surprisingly well. The script’s shortcomings are apparent early on yet Zhang and Choi’s march of death, turmoil and destruction is still continually fascinating. The ways things are layered together is grandiosely intense, the reveal as to who is the money behind all the mayhem suitably over the top yet also believably captivating. 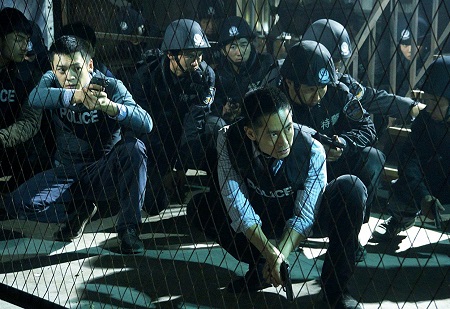 But it is To’s talent for destruction that’s best on display. Heroes fall, villains are mowed down in a hail of bullets and bystanders are fodder for gory catastrophe, all of it happening in the blink of an eye. Through it all, the focus remains on Zhang and Choi throughout, the final strains of their relationship as mesmerizingly intense as it is suitably caustic.

I wish all of this wasn’t so familiar, and the blurry lines separating cop from criminal aren’t as fuzzy as I’d personally have liked them to be. But the climax is kind of wonderful, the last scene a showstopper that stays true to both the story being told as well as to the character involved. Drug War doesn’t fire off every round in the clip but don’t let that fool you, this action-thriller hybrid isn’t shooting a single blank. 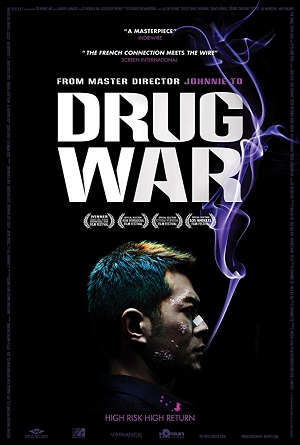