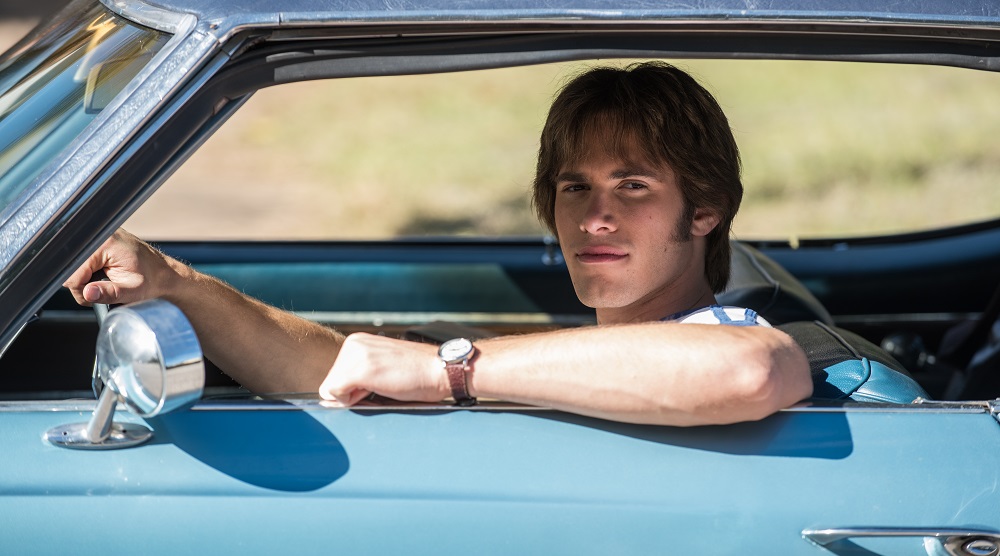 ‘80s Era Everybody Wants Some!! a Collegiate Coming-of-Age Hit

It’s a few days before classes start, and Southeast Texas State University freshman Jake Bradford (Blake Jenner) has arrived on campus to set up residence in the houses set aside for the school’s baseball team. It’s a raucous collection of characters, and although he’s on scholarship Jake’s status as a pitcher doesn’t do him any favors with any of the position players, especially all-star upperclassmen like power hitter and pro prospect McReynolds (Tyler Hoechlin). Even so, this ragtag collection of characters is still a team, putting their relationships as a singular unit before everything else, so this requires taking all of the freshmen under their collective wing, showing them the best way to make it through college is to do it together. 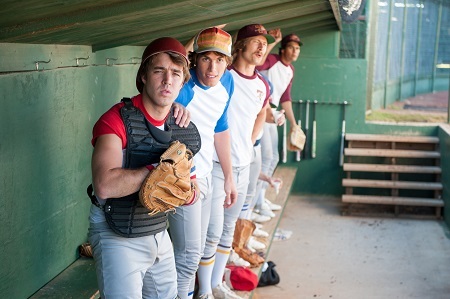 Richard Linklater’s September 1980 set Everybody Wants Some!! has been billed as the writer/director’s spiritual sequel to his 1993 ‘70s set High School classic Dazed and Confused. It’s a valid comparison, both more or less bro-centric coming-of-age remembrances that are equal parts sex, drugs, sports and, if not rock-and-roll, a recognizable musical kaleidoscope spanning a multitude of genres. But the film also feels a little like a continuation of the filmmaker’s last effort, the 12-years-in-the-making Oscar-winning drama Boyhood, the story here in many ways picking right up where that one came to an end (the lead character heading off to college). It’s an interesting combination, one that works far better than the average viewer might initially expect it to, the easygoing, nonchalant, laid back yet still smartly prescient atmosphere easy to submerge one’s self within.

Does a lot happen? Yes and no. As far as actual plot is concerned, there’s not a heck of a lot of it. It’s Jake getting to know his new teammates, all of them getting a feel for one another while also sowing a few sexually promiscuous oats in the days before classes officially begin. There’s a lot of drinking. There’s a bit of philosophizing. There’s some experimentation with marijuana. There are more than a few pranks played, while competitions involving just about anything a person can imagine happen in the house on an almost continual basis.

But there’s a lot more to it than that. Linklater is a canny craftsman, and what can look a little superfluous or nonessential almost always ends up being anything but. This is how Jake becomes his own man, or, more specifically, how he takes the first essential steps to maybe being able to get to that point at some point in the relatively near future. He must figure out who he is and what he wants, when to bow to the wishes of his teammates and when to go his own way. He has to stand up for himself, for others and, most of all, for what it is he wants, allowing for a form of self-maturation that’s easy to relate and respond to even with the ‘80s setting.

It’s all deeply felt, and as silly as the antics might become there is a fragile realism permeating things that allows all the vulgar nonsense to have a deeper kind of meaning than it otherwise would have had. It’s obvious that Linklater knows this world, knows these people, and even when looking back the film still has a forward-thinking bent that speaks just as much to the here and now as it does the world right before the death of Disco and Reaganomics and Yuppie ideologies swept across the United States. He has an ability to make his Americana time capsule feel universal the world over, and as such Jake’s weekend of navigating college highs and lows before classes begin achieves an emotional sophistication that’s undeniably rewarding.

Unlike Dazed and Confused, the female side of this particular coin is given a frustratingly short shrift. Other than a theatre major who catches Jake’s eye played with beguiling elasticity by an enchanting Zoey Deutch, the majority of the women involved in the film are only around to become sexual playthings for the baseball players. I get that this is not their story, and I also understand this is a part of college life many would like to imagine doesn’t exist, but considering Linklater did such a grand job exploring his female characters’ wants and needs in Dazed and Confused the fact he does not here – Deutch notwithstanding – is a little disappointing. Making it worse, most of them don’t even have names, getting listed in the end credits as “Cute Coed #1,” “Sorority Girl #2” or “Mud Wrestling Champ.” 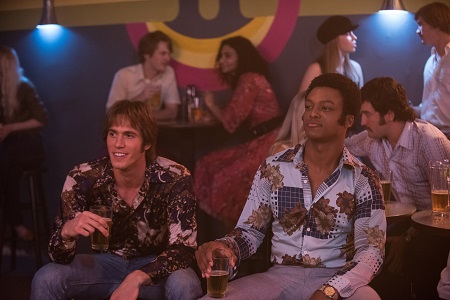 Granted, I’ll take bets that Linklater, if he wanted to, could easily flip this script and tell the entire film from a female perspective, that we could actually get to know the mud wrestling champ and find out why she decides to partake in the baseball team’s party games or we’d understand a heck of a lot more about that cute coed including what it is she wants to do while at college and where it is she sees her life going. This is, after all, the filmmaker behind the sensationally forward-thinking Before trilogy (Before Sunrise, Before Sunset, Before Midnight), and as such there’s always something going on here that makes one curious about the circles these women are running around in that put them in the same stratosphere as the guys showcased here.

I still think this is a flaw in the film, but, for whatever reason, it’s not as big of one as it maybe should be. Everybody Wants Some!! is just so dark likeable, so lived-in and authentic, so lovingly acted by its cast of relative newcomers and unknowns, the fact it is entirely content following the men and only the men ends up being kind of okay. More, the movie respects its audience in a way few of these coming-of-age comedies ever do, and while not a home run for Linklater, it’s still a solid triple off the wall I’m certain to still be cheering for throughout the remainder of 2016. 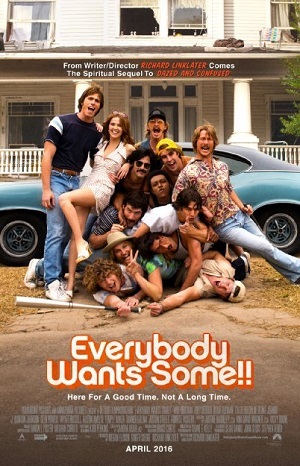