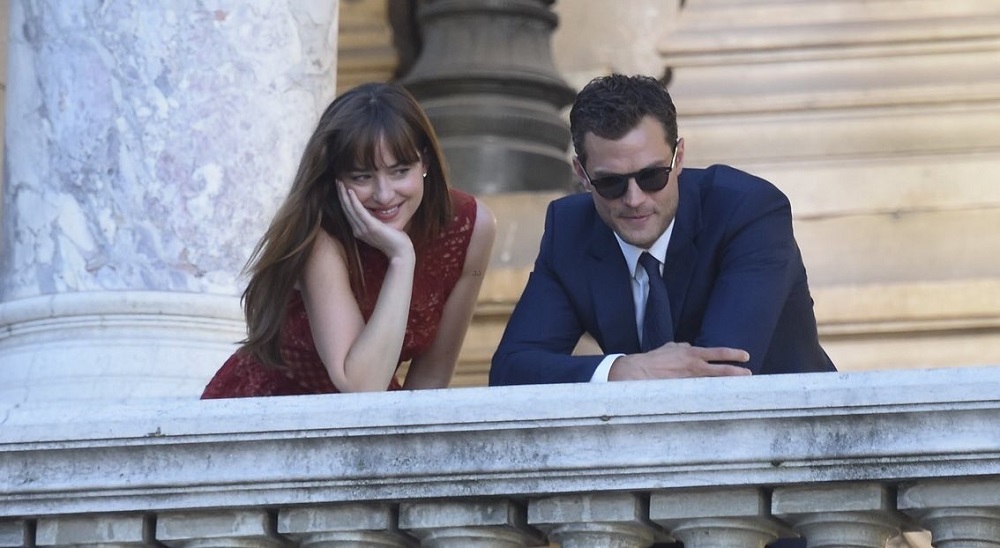 Freed a Drearily Maudlin End to the Fifty Shades Trilogy

Now married to reclusive bad boy, sexually repressed Seattle billionaire Christian Grey (Jamie Dornan), Anastasia Steele (Dakota Johnson) is positive she’ll be able to ease his troubled spirit by showering him with a form of confident, selflessly independent love that will help him become the man she knows he could be. However, the reemergence of the vile, duplicitous Jack Hyde (Eric Johnson) is putting a real crimp in Anastasia’s plans for eternal happiness between her and Christian. While she understands just how dangerous Jack is, she’s also determined to live her life the forthright, self-sufficient way she always has whether she’s the new Mrs. Grey or no, and if her husband has a problem with this then as far as she’s concerned that’s his problem, not hers. 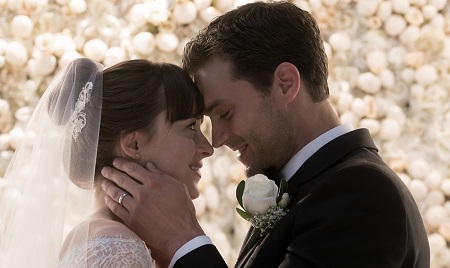 Both Fifty Shades of Grey and Fifty Shades Darker were bad movies, but they also managed to be two of the best, unintentionally hysterical comedies of their respective years. These adaptations of the first two books in author E.L. James’s inexplicably best-selling trilogy were so bad, so insanely and obnoxiously terrible they almost ended up being kind of amazing in their mind-boggling incompetence. They also did a fine job of introducing Johnson to the world, and while the disdain the actress shows for the material is readily apparent, the effortless charm she displayed throughout both features was still moderately beguiling.

With Fifty Shades Freed, the supercilious and salaciously sophomoric story James crafted for her two popular characters comes to its conclusion. Much like the previous two adaptations, this one is every bit as maudlin, melodramatically ponderous and emotionally inept as anything I could have anticipated. Yet unlike the other films, this one is going through the motions in a way that makes it feel as if no one involved, not just the actors, but also returning director James Foley and his creative team, too, cared anything about the finished product whatsoever. There’s no energy, no excitement, and even the numerous sex scenes achieve a level of humdrum banality that would be impressive if it wasn’t so unappealing. In short, this capper to the trilogy is flat-out boring, watching it enough to put even the most easily entertained viewer to sleep within the first 30 minutes.

For Foley this is especially perplexing. Once upon a time the director had the ability to generate steamy passion and heated emotional exuberance with relative ease. At Close Range, After Dark My Sweet, Glengarry Glen Ross, these films had a palpable sense of complex three-dimensional authority that helped them become something worth getting excited about. But after handling directorial duties on Fifty Shades Darker it’s almost as if the experience of working for James and trying to give some semblance of life to her puerile fantasies took something out of him. The presentation this time around is so paint-by-numbers, so blasé in its unremarkable visual and structural ugliness, it’s as if the filmmaker isn’t even trying.

The same could be said for Johnson and Dornan. The pair has never had any chemistry, that’s just a given at this point, but here the duo are as unappealing a couple as they’ve ever been. Even in the midst of some of the most ponderously staged soft-core sex scenes in recent cinematic history, it’s easy to get the feeling the two actors would rather be anywhere else than standing there trying to look romantic while ensnarled in another’s arms. They’re sleepwalking through the film, and other than a couple of admittedly humorous line readings where Johnson gets to let loose her venom in a fashion that makes her contempt for the material almost vanish into the background, there’s little that either actor does that they’ll want to be adding to their resumes anytime soon.

What else is there to say? This is a movie that transforms a key kidnapping subplot into nothing more than a throwaway detour into fatuous foolishness, while the actual ending to the story is an honest to goodness montage of scenes from all three films smashed together almost as if it was designed to remind the viewer just how laboriously dull all of this breast-baring madness has proven to be. I still have no idea how all three of James’s books became best-sellers or what audiences saw in Fifty Shades of Grey or Fifty Shades Darker to make them box office hits. Thankfully, now after watching Fifty Shades Freed I likely never have to wonder about any of that ever again, this trilogy almost certain to disappear into the dustbin of history before February has even come to an end. 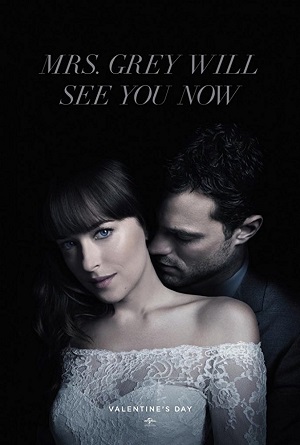