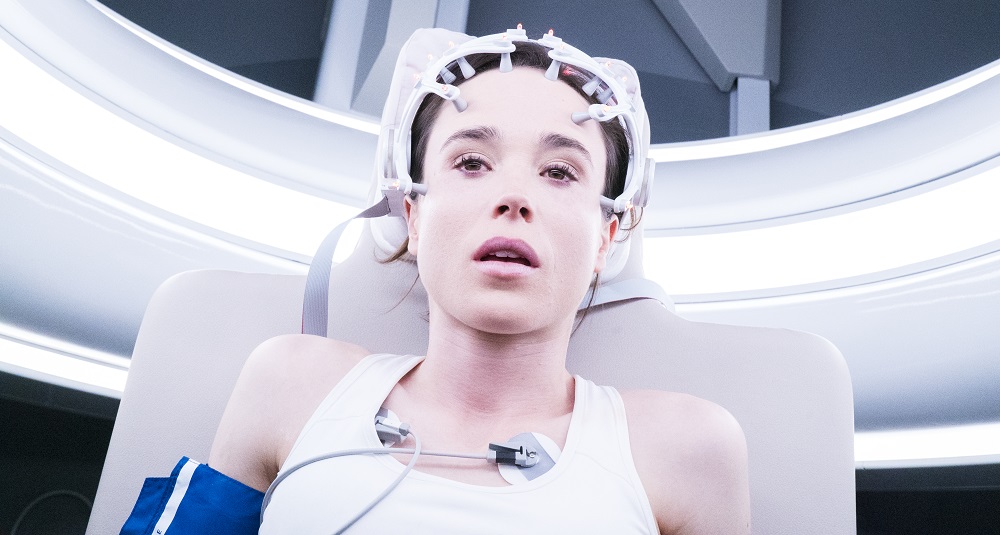 For a film that apparently did not screen for domestic press whatsoever, director Niels Arden Oplev’s (The Girl with the Dragon Tattoo, Dead Man Down) remake/sequel/reimagining of the 1990 cult favorite Flatliners isn’t nearly as bad as doing such a thing would lead most to believe. That does not, however, mean it is surprisingly worthwhile or even moderately entertaining. Much like the Joel Schumacher version starring Kiefer Sutherland, Julia Roberts and Kevin Bacon, Oplev’s film is attractively cast, has an intriguing idea at its center and begins rather well before repeatedly shooting itself in the foot as it makes its way to its impressively stupid melodramatic conclusion. Screenwriter Ben Ripley (Source Code) reworks Peter Filardi’s original story and does nothing to improve on it, and as such it is impossible not to wonder why this new take was given the greenlight in the first place. 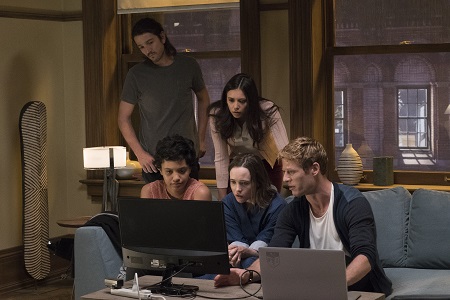 Haunted by the tragic death of her little sister in a car accident, genius first-year resident med student Courtney (Ellen Page) is obsessed with learning what happens to a person’s consciousness as they transition into death. Utilizing research articles born from a similar project she discovers in some old medical journal, she decides to take these tests into the future utilizing modern technologies and techniques honed by physicians over the past two-plus decades. Tricking friends Jamie (James Norton) and Sophie (Kiersey Clemons) to assist her, Courtney is going to die for a full minute, recording her brainwaves during the transitory period while also trusting her two fellow students can bring her back to life before it’s too late.

Joined later by two more ambitious residents, Ray (Diego Luna) and Marlo (Nina Dobrev), the experiment proves to be a success. Emboldened by what Courtney has accomplished, one by one all of the students decide to take the plunge into death for successively longer period of times. But these journeys into the limbo between life and death are not without their risks, and soon all who take the plunge are having bizarre, violent visions that feel all-too-real. Courtney begins to believe the group has brought something back with them, and if they can’t put the pieces together and solve this scientific puzzle soon, a more permanent form of death they won’t be able to come back from will likely come calling.

Plot-wise, this isn’t all that different than what Filardi conjured up back in 1990. But while an intriguing concept ripe with potential, Ripley’s script is more than content to run in virtually the exact same circles without attempting to go in a different or potentially more interesting direction. Other than an unexpected incident involving one of the main characters that’s far more deadly than anticipated, the melodramatic superciliousness of the central emotional constructs are as tired and unintentionally laughable as ever. Things still boil down to the fact past sins are the ghosts that will haunt us forever, with forgiveness, either from the aggrieved party or from one’s self, the only way to stave of madness.

Page is very good, as is Luna, while Clemons has some terrific early moments before the story suddenly throws her character under a metaphorical bus, making Sophie a whiny childish jerk who becomes increasingly unlikable. Still, these three are the standouts as far as the actors are concerned, each fully invested emotionally as they attempt to give their respective characterizations complexity and nuance. Unfortunately, Dobrev and Norton do not fair near as well, the former a particularly weak link, her performance becoming even more frustrating and off-putting as Marlo’s story evolves into something loathsome and selfishly disgusting as it moves along.

As impressively modern and as technologically advanced much of Niels Sejer’s (A Royal Affair) production design is, I can’t say Oplev uses any of these interiors in an eye-catching manner. He and cinematographer Eric Kress (Colossal) aren’t in a showy mood, attempting to ground all of this science fiction-horror-melodrama craziness in a practical, tactile reality that’s nowhere near as fantastical as the one manufactured by Schumacher for his version. While an interesting change of pace, it also allows the sheer idiocy of the scenario to take center stage with brutal rapidity, augmenting a weakness in a way that makes it more noticeable than it otherwise might have been.

Oplev does open the movie nicely, Courtney’s initial foray into the unknown viscerally enthralling, Diego, Marlo, Jamie and Sophie’s frantic attempts to bring her back to the land of the living equally so. But it all falls off a narrative cliff with stunning speed, the last half a frantic, schlocky mess that slams the viewer over the head time and time again with its syrupy emotional excess. The goodwill generated by the opening act is quickly forgotten about, the last scenes having me rolling my eyes in stupefied disbelief as I tried to contain a few involuntary giggles. 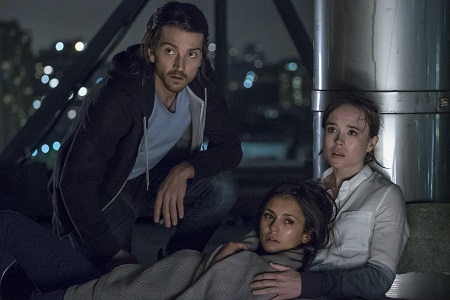 Still, nothing about this Flatliners is painful; I didn’t hate myself for taking the time to see it. If anything, the only thing the movie did was make me question what it actually was. Is it a sequel? While the character Kiefer Sutherland shows up portraying has a different name than the one he played 1990, there are some notable similarities between the two which made me wonder if they might be one and the same. Or is it a full-blown remake, completely unattached to Shumacher’s original in every way? No reference is made to the prior experiment, and other than Sutherland’s appearance and the odd, purposefully vague medical journal article connections between what happened 27 years ago and now are few and very far between.

Not that it matters. This Flatliners makes all of the same mistakes as the original, stranding its talented and attractive cast in ways that grow increasingly ridiculous as things move towards a climax. I still think the core of the story remains interesting; it’s just how its developed and brought to life that’s a waste of time. While nowhere near so terrible to warrant keeping the film hidden from press before its release, that doesn’t make it some unheralded, unappreciated gem, either. This new version is sadly D.O.A., and I can’t imagine anyone is going to have the desire to resurrect this story from the afterlife again for a third attempt anytime soon. 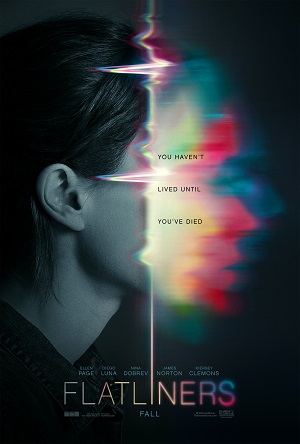