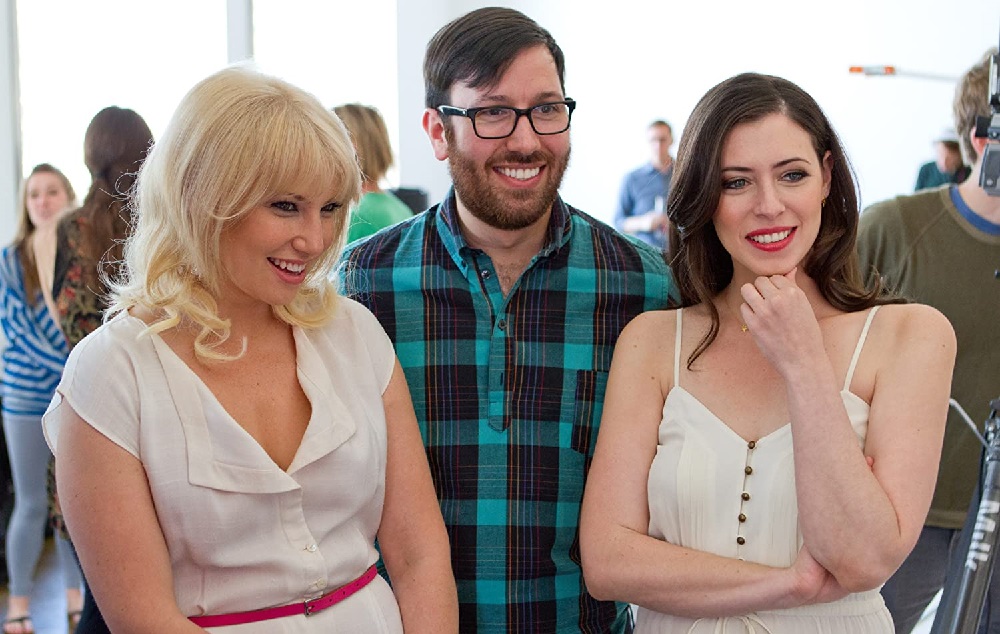 “For a Good Time, Call…” – Interview with Jamie Travis and Katie Ann Naylon

For a Good Time, Call… bills itself as a comedy about two young women living in New York who inadvertently end up owning a successful phone sex line. Starring Lauren Miller, who also co-write the script, and Ari Graynor, the movie caused a minor stir when it premiered at the Sundance Film Festival back in January, immediately drawing comparisons to last summer’s hit Bridesmaids.

I had the pleasure to sit down with director Jamie Travis and co-writer Katie Ann Naylon to talk about the film. Here are some edited excerpts from our brief conversation:

Sara Michelle Fetters: What led you to Jamie? How did you and Lauren know he was the right one to handle your first script?

Katie Ann Naylon: We were in Canada, and as we knew we’d need a Canadian director, I happened to come across this New York Times profile of Jamie talking about his short films. We were immediately intrigued. After watching those films we realized how right he was for the job. He’s exceptionally talented. Definitely a filmmaker on the rise.

Sara Michelle Fetters: For you, Jamie? What were your thoughts when they approached you with the script?

Jamie Travis: Elated. I was looking for a feature project. I was certain my first film would be something I would write and direct myself. But then this came along, and it [the script] was just so good. I Couldn’t put it down. I loved what Katie and Lauren had come up with and felt like it could go in so many different directions. I didn’t want it to fall in the wrong hands. It was like I was personally connected to it.

Sara Michelle Fetters: What do you mean by that?

Jamie Travis: I Felt like it could have been so easy for this film to go in the wrong direction. The wrong director could objectify these women, make them caricatures. What needed to be done was to focus on the friendships, to use the structure of a love story to make this relationship between these two women real. It needed that ‘gay man’s touch,’ if you will, and I just knew my insight into female friendships wouldn’t make the overt sexuality subvert the emotional truths the characters were experiencing.

Katie Ann Naylon: We were immediately sold. He was the only guy that seemed to get it. We weren’t worried at all that he wouldn’t be able to pull it off. He understood exactly what it was we were going for, that the whole ‘phone sex’ thing was just our way of getting into the crux of Katie and Lauren’s friendship.

Sara Michelle Fetters: So not your typical romantic comedy?

Jamie Travis: Not at all. The movie wasn’t about getting the guy, it was about how these two women learn to accept, like and ultimately love one another in ways women will hopefully relate with. The heart of the story is their friendship, not whether or not Katie gets together with her crush or that Lauren and her ex get back together. This struck me as something intimate. Something true. I wanted to make sure and do that story the justice it so richly deserved.

Katie Ann Naylon: The ‘Bromance’ has suddenly become its own genre, and Lauren and I felt like there weren’t many similar comedies out there revolving around women and their relationships. The goal wasn’t to be sexual even though we were talking about sex. The goal was to remain true to these two women and their friendship. We wanted to showcase the love between them in a way that would show all the highs, lows and in-betweens. Women can be so judgmental and we can be incredibly insecure. The idea was that we wanted to judge our characters appropriately, not through rose-colored glasses, and hopefully make their love for one another genuine and real in the process.

Sara Michelle Fetters: Were you ever worried about playing too close to stereotypes, especially as it relates to Justin Long’s ‘gay best friend’ character?

Katie Ann Naylon: Not at all. As written, he’s the one that gets what’s going on. He calls Katie and Lauren on their [crap]. Justin intuitively understood what was going on and what was required of him. I never thought he overplayed his hand. He’s obviously gay, but he isn’t in your face about it. He gets that your friend is your friend no matter what, and I liked that he was so willing to pull down so many walls to access the character.

Jamie Travis: Yeah, Justin got it right from the start. He understood that we didn’t want another ‘gay best friend’ stereotype. Early on he was calling me working on the voice trying to figure out the best way to become the character. He started asking if he could record my voice. Then he started following me around the set. It hit me he was using me as the template for the character, sort of a heightened version of who I am. It was both startling and flattering. He’s such an intuitive actor and I think his performance comes from the heart. He definitely finds the right balance between being too flamboyant and being the kind of friend both Katie and Lauren need in their lives.

Sara Michelle Fetters: There is a bit of an old-Hollywood feel to the film, almost a Doris Day in Pillow Talk sort of vibe the belies the sexually explicit nature of some of the situations and dialogue.

Jamie Travis: Thank you for that. We were shooting it in a very 1950s, 1960s sort of way, trying to make sure that the simplicity of the story was never lost and remained front and center. It is in many ways a genre throwback, definitely a Doris Day sort of thing in its way. We wanted to achieve that sort of vibe. It just felt like the proper process to ensure the movie worked.

Sara Michelle Fetters: Post-Sundance, what do you hope happens now for the film? What do you want audiences talking about as they leave the theatre?

Katie Ann Naylon: I like that the movie isn’t what people expect it to be. I like that it seems to creep up on people and that they find themselves connecting to it on an emotional level they hadn’t anticipated. The movie is funny. It is romantic. But it is also a story of female relationships the likes of which sadly don’t get represented enough on the screen in my opinion. I think it will resonate with a lot of people.

Jamie Travis: It’s a beautiful, consciously female story, and I’m sure that will come as some sort of surprise to some people. I want them to leave the theatre filled with joy. I think we represent Kate and Lauren’s journey for exactly what it is, their love something all viewers, male-female, gay-straight, will hopefully be able to relate to, appreciate and embrace. 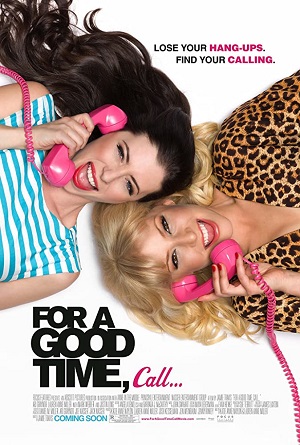