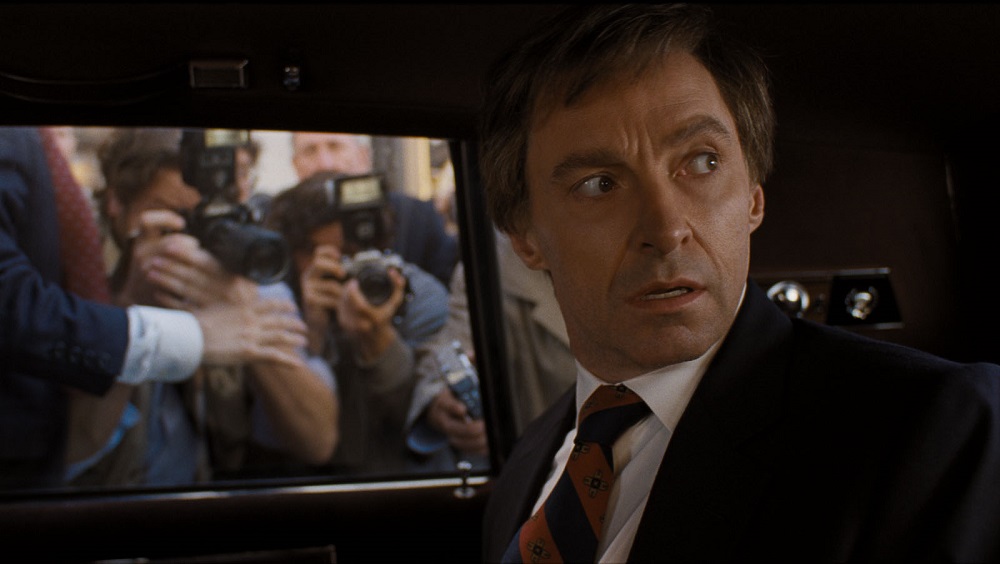 Former Colorado Senator Gary Hart (Hugh Jackman) is going to be the next President of the United States. It is 1988 and he’s the clear front runner to be the Democratic candidate to face-off against Republican George Herbert Walker Bush, and if the current polls are any consideration he’s likely to defeat him come November. If he does, he’ll be the first Democratic candidate from a western State to hold the Presidency, Hart’s political savvy, ability to connect with people across all demographics and intelligently inventive moxie not be trifled with. 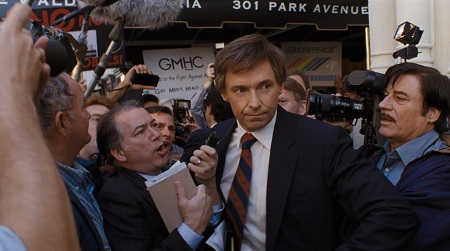 We all know what happens next. Three weeks into his campaign to be the Democratic nominee he was out of the race, a small collection of reporters from the Miami Herald lucking into a story that would eventually force Hart to give up on his pursuit of the Presidency. Caught in an affair, struggling to find a way to spin the news to his advantage, everything fell apart with shocking rapidity, this political rising star relegated to the dustbin of history in a moment’s notice and with a vindictive viciousness Republicans and Democrats would learn valuable lessons from, lessons both parties are still trying to shape and mold to their personal advantage even today.

Based on the best-selling book All the Truth is Out by Matt Bai, director Jason Reitman’s (Tully, Juno) latest endeavor The Front Runner is a procedural examination of the events that lead to Hart’s downfall. Featuring a towering central performance from Jackman and sturdy supporting turns from J.K. Simmons as his campaign director Bill Dixon, Vera Farmiga as his wife Lee Hart, Molly Ephraim as campaign aid Irene Kelly and an unrecognizable Sara Paxton as Donna Rice, there’s plenty to get excited about. But the movie is so observational, so obsessed with staying above the fray and not putting forth any type of opinion it ends up being oddly emotionally aloof for a great deal of its otherwise briskly paced 113-minute running time. It’s good, but not essential, and as this is the type of story that could put a terrific spotlight on the ugliness and hypocritical depravity of modern political discourse the fact this ends up being so strangely toothless is undeniably disappointing.

Not that I didn’t mind sitting in the theatre watching it all play out. Jackman is incredible, The Greatest Showman and Logan heartthrob delivering one of the most multifaceted and emotionally complex performances of his career. He disappears into Gary Hart, and I loved the ways in which he balanced the politician’s more magnanimous and selfless tendencies with his callous self-destructive inability to not give in to his baser needs even with all the world watching his every move. The scene where he is confronted by the tiny contingent of Miami Herald reporters in the back alley behind his Washington D.C. condo is magnificent, as is the moment where he tears apart the paper’s editor Bob Martindale (a perfectly cast Kevin Pollack) in a room full newspaper publishers. Jackman dominates the film in much the same way Hart himself attempted to control political discourse at the time, and if anyone chose to head out to see the film just because they’re fond of the actor I’d sure as heck never dissuade them from doing so. 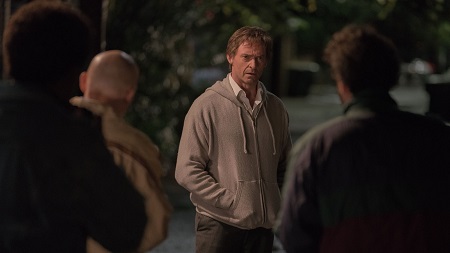 But Reitman, Bai and Jay Carson (“House of Cards”) have thrown together a script that is frustratingly content to just go through the journalistic motions of reporting this story without ever commenting on why things happened the way they did or to parallel these events to what’s taking place today. It can all feel more like a history lesson than it does a dramatic narrative endeavor, the emotional complexities of how this was affecting Hart, his wife, their daughter Andrea (a wasted Kaitlyn Dever) and the rest of the Colorado politician’s campaign staff never materializing as fully or as intimately as they needed to for this story to fully resonate with me. I just couldn’t embrace it no matter how much I wanted to, and considering the pedigree of all involved as well as the richness of both the source material as well as the truth-is-stranger-than-fiction political saga that inspired it this came as a disheartening surprise.

It looks great. Eric Steelberg’s (Baywatch) cinematography, Danny Glicker’s (mother!) costumes and Steve Saklad’s (How to Be Single) all outstanding, and I really liked the way that Reitman worked with his collaborators to give the film a lived-in period authenticity that never felt cartoonish or overblown. It’s also marvelously edited by Stefan Grube (10 Cloverfield Lane), the story having a meticulous ticking-clock fluidity I found impressive.

I can’t say I’m entirely sure who I can recommend the finished feature to. While I personally liked it, and while I found Jackman’s performance as Hart to be outstanding, I’m not sure that is enough for me to urge people to pay hard-earned money to see it inside a theatre. The truth of the matter this one is going to play just fine at home by the time it hits DVD and Blu-ray or makes its way to daytime showings on cable channels like TBS or TNT. The Front Runner isn’t the historical evisceration I feel like it potentially could have been, and no matter what Reitman or his fellow filmmakers’ intentions this is one political reenactment that comes up a few votes short of being able to declare an Electoral College victory. 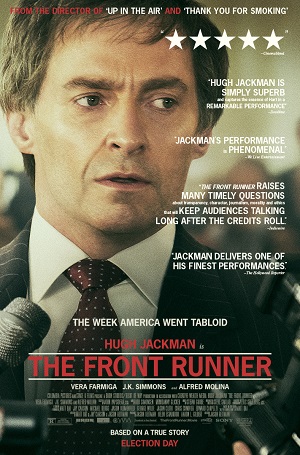