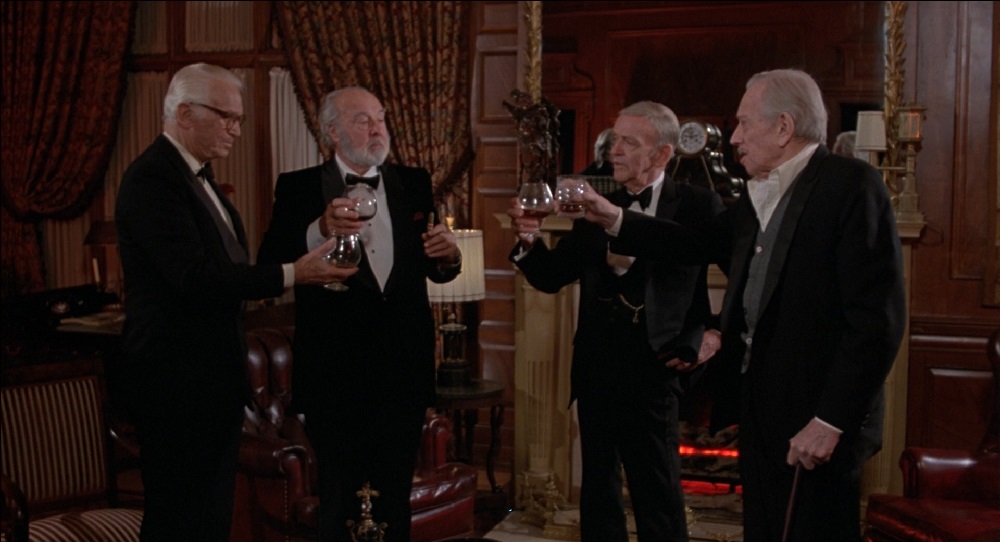 “I will take you places you’ve never been. I will show you things that you have never seen and I will see the life run out of you.” 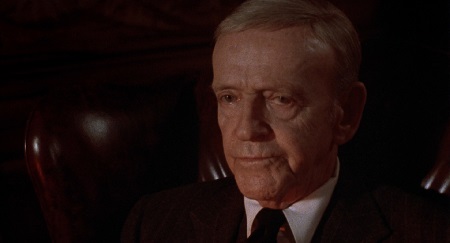 The Chowder Society is made up of four members, Edward Charles Wanderley (Douglas Fairbanks, Jr.). The other Chowder-heads are Dr. John Jaffrey (Melvyn Douglas), Sears James (John Houseman) and Ricky Hawthorne (Fred Astaire). They have been meeting since they were college students, gathering to tell one another tales of ghostly death and dread to put a collective chill up all their spines almost as if they need to be scared to know they are still alive.

Based on Peter Straub’s best-selling horror novel, featuring a cast of timeless greats making an indelible impression no matter how silly things around them might appear, 1981’s Ghost Story never made a huge impact with either critics or audiences upon its initial release. The main reason for that? It excises large portions of the source material, breaking things down to their barest essentials as it charts a real life ghost tale affecting the men of the Chowder Society, as well as two of their children (both played by Craig Wasson). Additionally, it’s not shy about revealing its main conceit, that of an actual specter out to get revenge on those it perceives wronged it decades prior, reducing a great deal of the mystery as to what it going on and why.

Thing is, director John Irvin (The Dogs of War, Raw Deal) stages a number of crackerjack scare sequences, while the film’s makeup effects are unsettlingly topnotch throughout. As for the cast, unsurprisingly all are excellent, especially Astaire, taking part in a film unlike just about anything else in all his legendary, iconic career, delivering a performance of depth, understanding and emotion that is far more complex and intimate than I think initial viewers back in 1981 gave him credit for. 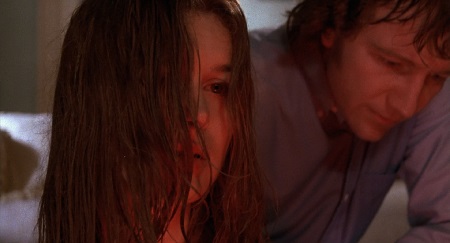 The movie has issues, a lot of them, and it’s never as complex or as shattering as the book (which, in its way, is far more about the town itself and the secrets it hides than it is about anything else), Lawrence D. Cohen’s script fairly simplistic. But Ghost Story does work, sometimes beautifully, and as such is deserving of reevaluation, this ethereal shocker far more delectably unsettling than its rep would lead most to believe.

Oh. And by the way. Alice Krige is excellent in this thing. The movie’s worth seeing just for her magnificent work alone. 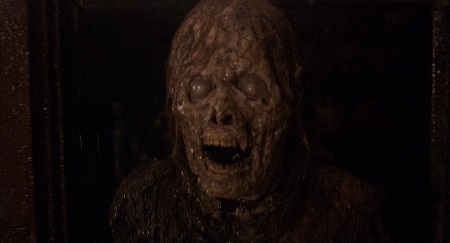 Audio Commentary with director John Irvin – Low key but wonderfully informative commentary track, the veteran filmmaker talking about a variety of the aspects of the film’s production, especially as it pertains to the judicious pruning of Peter Straub’s novel required to get things into theatrical shipshape.

Ghost Story Genesis (39:42) – Peter Straub is the main focal point here, his thoughts on the film, as well as his opinions on the streamlining of it for cinematic interpretation, quite interesting.

Ghost Story Development (29:09) – Handful of members of the cast and crew look back on the making of the film, most notably, once again, the development process that stripped Peter Straub’s best-seller down to its basics.

Alice Krige: Being Alma and Eva (28:52) – Great interview with the veteran actress, one that’s delightfully informative and fun to watch start to finish.

Ghost Story is not the novel that inspired it. Large swaths of Peter Straub’s source material are almost unavoidably absent. But looking at it now, almost 35 years after its original release, the movie holds up rather nicely, anchored by a quartet of performance by some talented pros and some unsettling scare sequences ingeniously staged by the director John Irvin that more than impress. With Scream! Factory finally giving this supernatural chiller its due, here’s hoping more take the opportunity to give it a look. 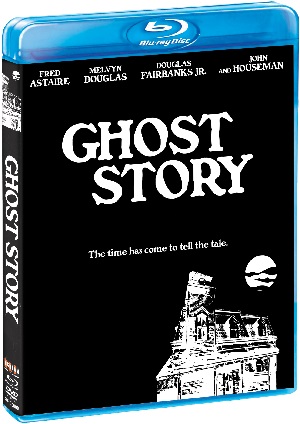