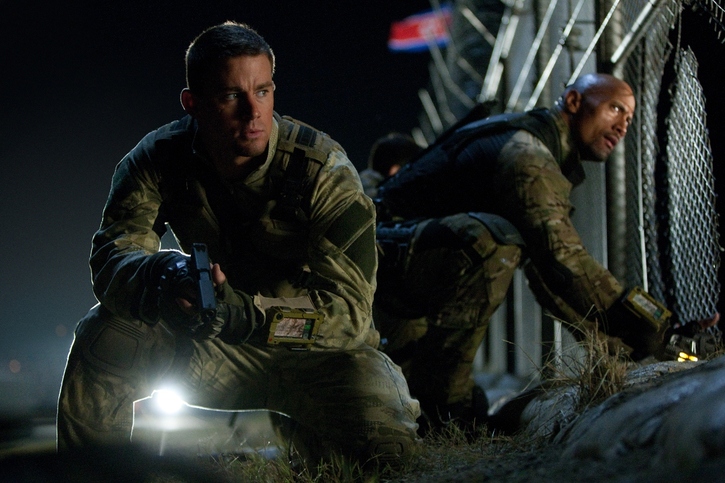 Latest G.I. Joe Not Worthy of Retaliating Against

The upside of going into G.I. Joe: Retaliation is the knowledge that this long gestating sequel to the 2009 sorta hit G.I. Joe: The Rise of Cobra  (considering the cost, I have trouble believing the $150-million or so it made domestically was anything close to a plus for Paramount) is going to be better than its predecessor. Granted, that Stephen Sommers directed monstrosity was an outright mess, illogical and absurd but also lacking in anything close to the sort of popcorn ‘fun’ that would have at the very minimum made it close to palatable. 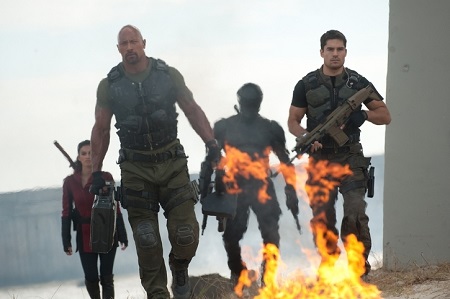 So, on that front, yes, this new foray into the world of the popular mythology populated by Hasbro action figure is in fact a better, far more agreeable and somewhat enjoyable upgrade over its odious predecessor, I will not argue the point. It does its job, offers up a few nice set pieces, allows its actors to frolic in a violently silly comic book playground and somehow doesn’t belittle or annoy the viewer into thinking it is even remotely going to aspire to be something it is not. But that doesn’t mean the movie is good, or worthwhile or something I would urge viewers to spend their hard-earned dollars to see in a theatre. While not a mess, it’s certainly nothing to crow about, and while fans will undoubtedly be pleased the rest of us will sit, twiddle our collective thumbs and continue to wonder what the fuss is about.

Granted, for a film that goes out of its way to put as much distance between itself and its predecessor as possible (the grandiose candy-coated CG is basically gone, the visual milieu much more grounded in the real, tactile world of today, while the tone, still cartoonish, isn’t nearly as forced with pointed attempts at actual, goodness-to-honest emotion punctuated throughout) the fact it is a direct sequel picking up on unfinished plot points left dangling by Sommers’ effort is something of a mild surprise. Characters played by Dennis Quaid, Sienna Miller, Marlon Wayans, Christopher Eccleston and Rachel Nichols (amongst others) are altogether jettisoned with little to no explanation (Eccleston’s Destro the only one given an actual exit, even if we never see him in the flesh), while the size of the Joes themselves has decreased several times over.

And yet, the fact is things begin with the President of the United States (Jonathan Pryce) still being held hostage unbeknownst to the world at large, the villain Zartan (Arnold Vosloo) taking his place as a nano-tech engineered doppelganger holding the strings of power. Using a crisis in Pakistan as his key to swing things in a new direction, he massacres the G.I. Joes framing them for crimes against humanity while also clandestinely sending ninja assassin Storm Shadow (Byung-hun Lee), somehow surviving his supposed lethal showdown with Snake Eyes (Ray Park) from the first film, information on where the government is holding Cobra Commander (Luke Bracey) prisoner.

Unbeknownst to him, new Joes Roadblock (Dwayne Johnson), Lady Jaye (Adrianne Palicki) and Flint (D.J. Cotrona) have survived the assassination attempt and are starting to put the pieces of the puzzle together, realizing their Commander in Chief might not be the same guy he was just a few precious months earlier. Meanwhile, Snake Eyes and Jinx (Elodie Yung) are sent by their sensei The Blind Master (Rza) to fetch Storm Shadow to be put on trial for the murder of their former master, not realizing he will be the key to finding the whereabouts of the real President and in saving the world itself from universal Armageddon.

Got all that? It’s as trivial as it sounds, but unlike the previous film writers Rhett Reese and Paul Wernick (they were responsible for Zombieland) actually get it all to make some sort of weirdly plausible sense, and even when the three lost soldiers turn up on the steps of a clearly going-through-the-motions Bruce Willis there is still a mildly vicarious thrill to be found in the thought of these cartoon action figure titans teaming up with none other than John ‘Yippee-kay-yay’ McClane (the bitter taste of A Good Day to Die Hard notwithstanding). More, while they and director John M. Chu (Step Up 2: The Streets) take things seriously, they don’t take them overly so, keeping things just tongue-in-cheek enough to make sure we know how absurd all this hokum is.

The good news? This time around some of the actors get to give actual flesh and blood performances, Pryce in particular having a wildly energetic time playing both sides of his Presidential coin. The early portions featuring Johnson and returning headliner Channing Tatum are also quite the hoot, the duo having an affably masculine chemistry hinting that they’d be a perfect match in some buddy-action-comedy hybrid along the lines of Lethal Weapon or 48hrs. 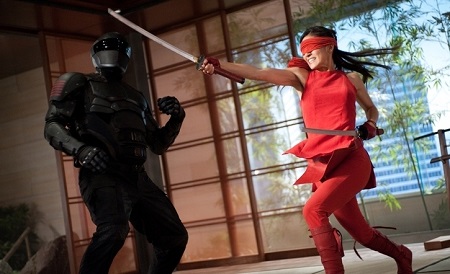 The better news? Chu, his time working on two Step Up films and a Justin Beiber concert documentary was not in vein, and like staging musical numbers his ability to visualize action is rather wonderful. He knows how to keep things framed, doesn’t over-accelerate the editing to the point the images become nothing more than headache inducing nonsense, allowing certain portions, namely face-offs between Storm Shadow and Snake Eyes as well as a mountainside ninja assault on both that latter hero and his red-suited partner Jinx, to be every bit as eye-popping and energetic as any youthful audience member could hope them to be.

Be that as it may, we’re not talking rocket science (not that we’re supposed to be), and seeing that we’re analyzing a motion picture based entirely on the mythology surrounding children’s action figures it will come to no surprise to anyone at all that by and large the movie itself is more than a bit dumb. Worse, the way things climax, the massive genocide engineered by Cobra as incentive for World Leaders to bend to his will, is borderline repulsive, and while we’ve seen epic sequences of devastation and destruction before seeing them depicted here felt to me something approaching blatant bad taste.

What does all of this mean? Heck if I know. The truth of the matter is, while G.I. Joe: Retaliation is without a doubt a far superior effort to its predecessor, while it does contain more than its fair share of fun moments and has more than a few performances worthy of a gentle tip of the hat, I don’t have the slightest wish to watch it again at any point in the foreseeable future. Make of that what you will. 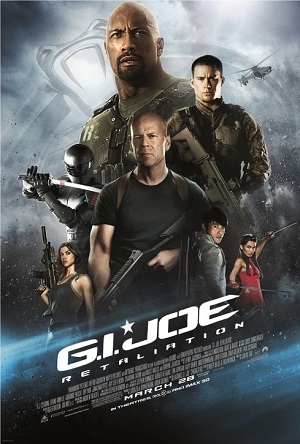