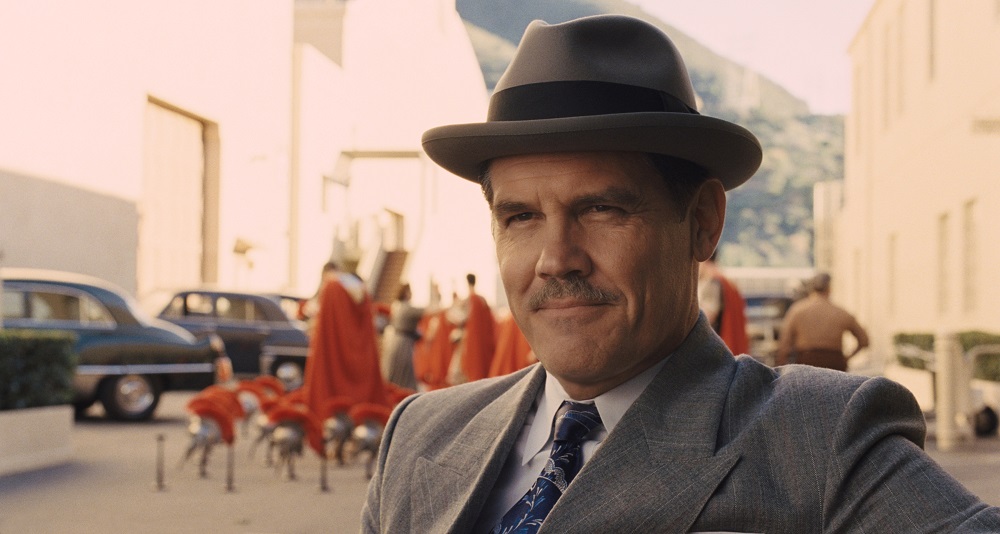 Eddie Mannix (Josh Brolin) is a fixer working his magic for Capital Pictures. He’s the best in Hollywood, a fact his employers are aware of. At the moment, he’s got his hands full with a variety of problems. His number one starlet, aquatic musical sensation DeeAnna Moran (Scarlett Johansson), is both unmarried and pregnant, not a great combination if she’s going to maintain the squeaky clean wholesome image the studio has engineered for her. Esteemed director Laurence Laurentz (Ralph Fiennes) is starting production on his latest prestige picture, and the powers that be seem to think B-Western singing cowboy Hobie Doyle (Alden Ehrenreich) is the right actor for the job even if his Texas twang is as thick as fresh molasses. 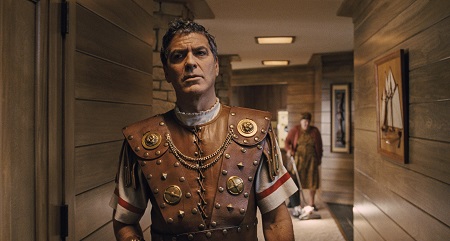 Then there are the issues with Capital Pictures’ most ambitious effort to date, the big budget spectacle “Hail, Caesar!” featuring international movie star Baird Whitlock (George Clooney), a so-called Tale of the Christ that Mannix is obsessed with making sure remains wholesome enough to offend no particular religious denomination. But Whitlock has disappeared just as production is nearing completion. Complicating things even more, a group calling themselves “The Future” has sent a note claiming they’ve kidnapped him, wanting $100,000 in cash for his return unharmed.

Joel and Ethan Coen are in screwball territory with their latest comedic concoction Hail, Caesar!, a motion picture that leans more in the direction of The Hudsucker Proxy, Raising Arizona and Intolerable Cruelty than it does Blood Simple, Miller’s Crossing or No Country for Old Men. It’s a frantic frolic through Hollywood’s Golden Age, events transpiring in an unspecified post-WWII, early 1950s sunny California wonderland where dreams are printed on celluloid and contracts are written so that they’re impossible to break. A place where communist sympathizers band together, musical numbers can lighten even the saddest heart and quitting smoking is as impossible a task as any ever invented.

More than all of that, though, the film is another Coen creation that takes an interesting sideways look at religion and faith, depicting a man of dubious moral character who loves his wife, adores his child and goes to church every morning to ask for forgiveness of his sins all the same. It is a story where, above all else, Eddie Mannix must decide who he is and what that means, finding solace in a life of chaos and temptation, eschewing one of comfort and ease in the process. It’s an odd, ungainly hodge-podge of cinematic celebration and intimate, emotionally complex self-examination, both pieces working together in a way that shouldn’t work yet somehow gloriously does.

It’s hard for a die-hard cinephile not to fall in love with the movie. Not only is the humor giddily idiosyncratic, the voluminous amount of knowledge the award-winning filmmakers showcase is amazing. They’ve done their homework, each visual stylization keyed directly to the type and style of whichever feature is being showcased at any various moment. Big, splashy musical in the vein of director Vincente Minnelli and dancer/star Gene Kelly? Huge widescreen epic resembling Henry Koster’s The Robe? A Gene Autry-style Western with silly acrobatic stunts and impromptu musical numbers under a starry sky? Drawing room melodramas with society ne’er-do-wells professing their undying love in hushed tones coupled with furtive glances? It’s all here and more, the Coens maintaining complete control no matter how insane it all might seem from the outside looking in.

For Roger Deakins, a frequent collaborator of the brothers, this could be the vaunted cinematographer’s finest hour. The 13-time Oscar nominee – nominated again this year for Sicario – has outdone himself, forced to emulate the visual framings and styles of the period ranging from widescreen period pieces, to black and white melodramas, to backlot B-movie Westerns, the task set in front of him by the Coens was massive to say the least. While the fact he pulls it off isn’t exactly surprising, that he does it with so much passionate, eye-popping elasticity is, the resulting film a visual marvel I wouldn’t have been able to pull my gaze from even had I felt the need to try. 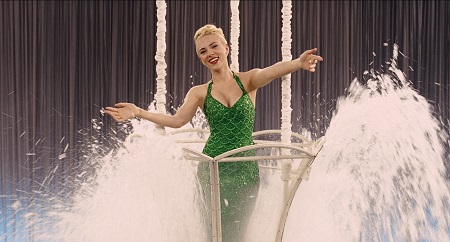 There isn’t a complex plot. Assuming the kidnapping of Baird Whitlock by communists is going to be the most important narrative element driving all other important actions contained within would be a mistake. Thinking stars like Clooney, Johansson, Channing Tatum, Jonah Hill, Frances McDormand, Tilda Swinton, Ralph Fiennes, Christopher Lambert or Alison Pill are going to be around for more than a moment or two would be an even bigger one. The movie is a snapshot, a quick glance inside a world of fantasy and make-believe that’s been gone for decades, all of it centered on a quick-thinking man who seemingly lives to multitask and multitasks to live.

It can feel slight, appear inconsequential, but, like almost everything else hiding within the Coen brothers’ newest attraction, it’s all an illusion, the celebrated directors hiding universal truths in plain sight most so obvious they’re almost impossible to see for what they actually are on initial viewing. Much like their superb, achingly personal satire A Serious Man, the world of Hail, Caesar! ends with a final image that will leave many perplexed, some annoyed and almost all questioning what it is exactly Joel and Ethan are trying to say. In other words, it’s perfect, and like the best of the duo’s achievements it’s an ending I’m going to be pondering for quite a long time to come. 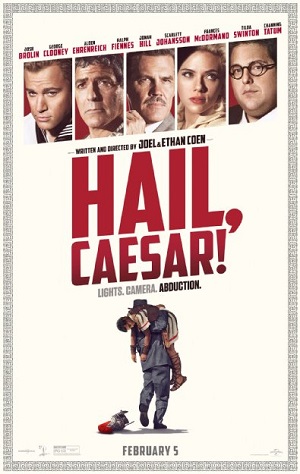