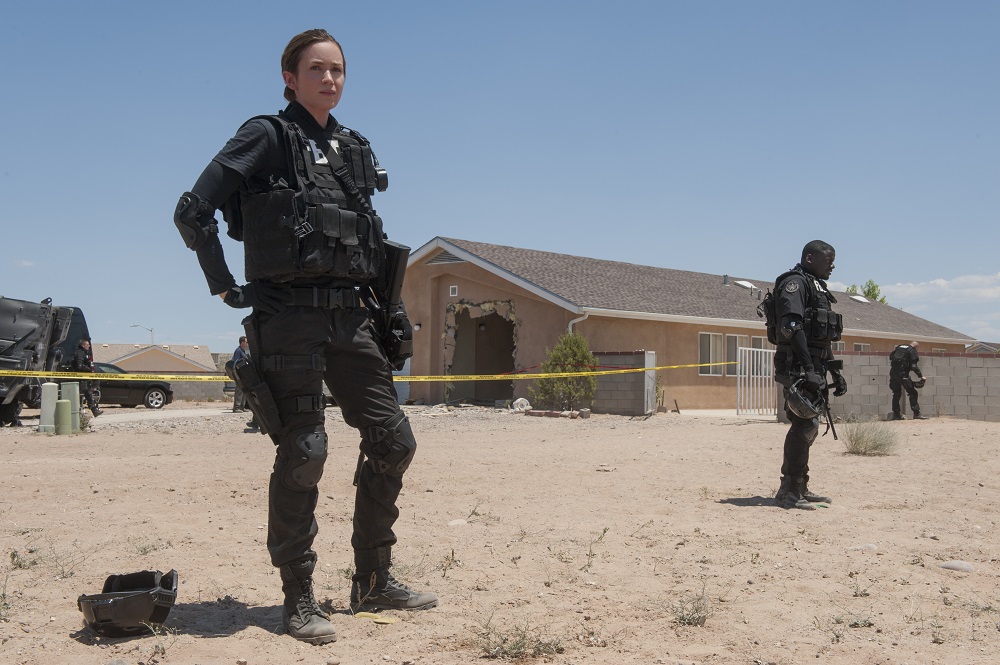 In director Denis Villeneuve’s world, hope and happiness are difficult to find. From Incendies to Prisoners to Enemy, the talented Canadian filmmaker looks straight into the darkest heart of the human condition and refuses to blink, going places few are comfortable hinting at let alone dealing with on an intimately personal level. He makes the viewer uncomfortable while also challenging their intellect, producing thought-provoking pieces of dramatic entertainment that blur every single moral and humanistic line they come into contact with. 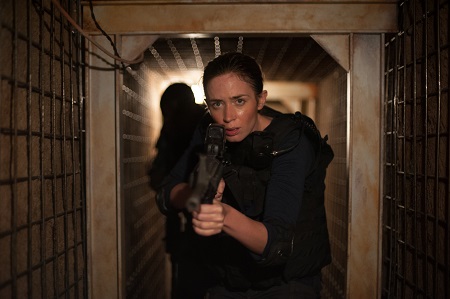 Working with actor-turned-screenwriter Taylor Sheridan, with Sicario the director has turned in his most unnervingly emotional cinematic effort yet. Mercilessly tense, the film is a look at dark side of the drug war, chronicling a driven, battle-hardened FBI Agent name Kate Mercer (Emily Blunt) who for all her experience is wholly unprepared for the moral and legal ambiguities she’s about to face. Urged to volunteer for a covert project by mysterious government operative Matt Graver (Josh Brolin), she and her partner Reggie Wayne (Daniel Kaluuya) are suddenly so deep inside the rabbit hole up instantaneously becomes impossible to differentiate from down.

Then there is the item that’s truly throwing the two for a loop. It’s a man, a secretive gentleman in a suit calling himself Alejandro (Benicio Del Toro) everyone, including the very much in-charge Graver, keep deferring to seemingly at every turn. He’s not a U.S. citizen, that much Kate can tell. But he’s also by all accounts on their side, body and soul, ready and willing to do whatever it takes to see a downtick in violence permeating throughout the Texas/New Mexico/Arizona border area with Mexico no matter what the cost.

There are no heroes in Villeneuve and Sheridan’s Sicario. There are, however, plenty of victims, and not all of them end up dead. Some have only the best of intentions, driven to do what it takes to see justice done as long as it follows the rule of law. But when those rules do not, cannot apply? When the villains doing the evil are beyond it? When they are protected in ways lawyers and courts can never penetrate? What happens then? And, for those who refuse to believe no one is above the law, what happens to them when their illusions are shattered and the wolves come braying at their door thirsting for blood?

Villeneuve pushes right into the middle of the carnage straightaway, Kate and Reggie leading an FBI tactical unit on a raid inside a cartel safe house in Arizona reportedly containing a handful of helpless hostages. But there are no hostages, and what they find inside the walls is beyond unspeakable. It is this discovery that leads Kate to accept Graver’s offer. It is this discovery that allows her not to flinch when she finds herself part of a military convoy heading across the border to bring back a high-ranking cartel boss. It is this discovery that makes her force Graver into putting Reggie on the team, too, knowing he’ll hopefully be a voice of reason as darkness descends.

And does it do just that. Things get progressively murky, Villeneuve and Sheridan allowing the grey areas to wash away all the black and white so only indecision, chaos and mayhem remain. At the center, propelling things forward, is Alejandro, and even if events are not seen exclusively through his eyes, make no mistake, it is he that knows best what is happening and why. Del Toro inhabits this wounded, psychologically scarred man living in the shadows down to the marrow, his pain permeating every pore as he quietly longs for a justice he knows does not exist. It’s a towering, deeply complicated performance, even his Oscar-winning turn in another drug drama, Steven Soderbergh’s modern classic Traffic, that left me wowed by the depth and breadth of his magnificence. 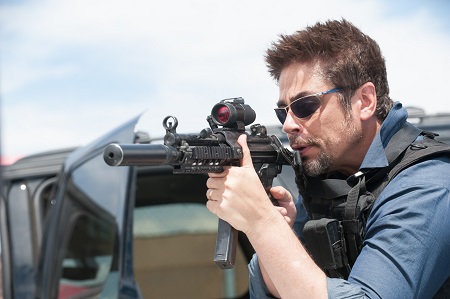 At barely over two hours, the movie is over before I even knew it, in such constant motion heading deeper and deeper into the gloomy waters of the subconscious revealing answers to personal questions those who must grapple with them only thought they wanted to know before finding themselves gob-smacked by the truth. Triumphantly shot by the great Roger Deakins (Skyfall, Unbroken), magnificently edited by Joe Walker (12 Years a Slave) and kinetically scored by Jóhann Jóhannsson (The Theory of Everything), every piece fits together perfectly. It’s a relentless exercise in suspense, the anxiety throbbing through my veins as events ran their course was almost overwhelming, the emotional shock of the final moments so all-encompassing they took me over completely.

Orchestrating all of this brilliantly is Villeneuve. The avenues left unexplored are few, far between and all by choice, the questions left dangling entirely by design. He allows Blunt’s growing uncertainty and despair to insidiously feed into every second of the proceedings, so even when we stop seeing things as she does and begin to look at events coldly, unsympathetically anew through Del Toro the overall effect is shattering. Sicario lives up to its title, this Mexican slang for a hitman aiming its gunsights at the viewer, leaving those of us who watch broken and battered into a reinforced shell of regret and understanding we might not be able to emerge from anytime soon. 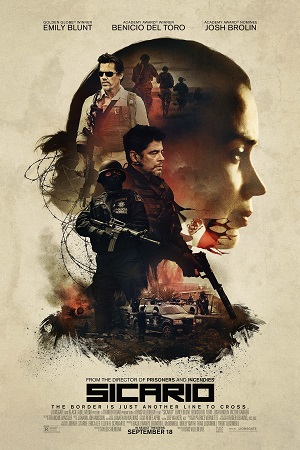