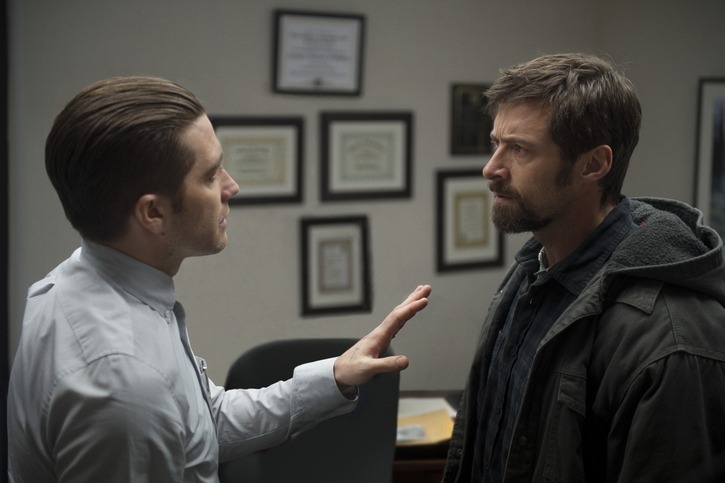 It’s a typical Thanksgiving. Keller Dover (Hugh Jackman) and is wife Grace (Maria Bello) have brought their son Ralph (Dylan Minnette) and their daughter Anna (Erin Gerasimovich) over to family friends Franklin (Terrence Howard) and Nancy Birch’s (Viola Davis) home for dinner to celebrate with their children Eliza (Zoe Soul) and Joy (Kyla Drew Simmons). It is a joyous day, proceeding as these events typically do, not a one of them worrying about the world at large as they bask in the comfort and camaraderie of one another’s presence. 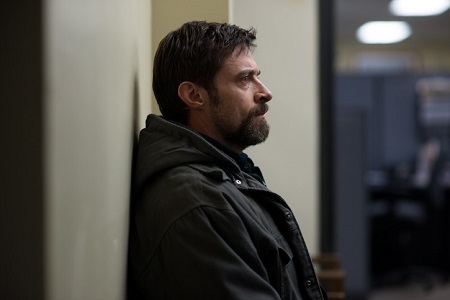 Anna and Joy ask if they may leave to walk the short distance to the former’s home. They are given permission. They never arrive. The police are called. They are officially missing. Driven Detective Loki (Jake Gyllenhaal) is assigned to investigate. He has never failed to solve a case. He assures both the Dover and Birch families he will produce results. He is adamant that he can, that he will, find the person who took their little girls.

For the haunting, claustrophobically intense psychological thrillerPrisoners, this event is only the beginning. Keller isn’t patient, knowing that if Anna and Joy aren’t found within the first few days they likely will never be found at all. He wants to take action, zealously driven to do whatever it takes to make sure his daughter is returned home, even going so far to take hostage the man he believes took part, however large or small it might have been, in the abduction.

But that isn’t the movie. Aaron Guzikowski’s (Contraband) script is built upon many layers, all of them looping in, around and on top of one another with confident, almost spellbinding ease. This is a movie about pain, about suffering, about the propulsive nature of trauma and how its tendrils infect the bloodstream like a virus forcing the body to do things and take actions they beforehand never thought fathomable. It does not relent and does not back down, embracing the darkness permeating its characters’ systems in a ways that are extensive and long-lasting.

Yet, more than that, Prisoners is about fear. The fear of being helpless in the presence of true evil. The fear of not being able to follow through on one’s commitments, whether they be as a husband and a father or as a supposed figurehead of law and order. It is the fear of being impotent to the world at large, that great tragedies can befall even the best of who we are leaving us powerless to do anything about it in its wake. It is about how this fear can transform us into shells of who we thought we were, releasing demons within most of us do not even know are there let alone how their dormancy can be interrupted by cataclysm and heartbreak leading to unforeseen chaos.

Don’t be fooled by the film’s trailers which seemed to give away just about every important plot point, almost everything happening inside Prisoners comes from an interior place full of surprises. There are many additional players, not the least of which are Paul Dano’s insecure, childlike RV driver Alex who is initially questioned by the police regarding Anna and Joy’s disappearance and Melissa Leo’s caring, warmhearted Holly, the young man’s aunt who has selflessly raised him as her own since he was a young boy. Neither of them are entirely what they seem, but as the same can be said about everyone else in this story that’s hardly a revelation. But how they react to what’s going on, what they mean for the central players, the consequences their actions will have, all of it comes full circle, each revelation a minor catastrophe the accumulation of which slowly builds to enormous proportions.

Denis Villeneuve (Incendies), making his Hollywood debut, directs with purposed intensity, his eye burrowing into the souls of his characters, especially Keller and Loki, with vengeful authority never passing judgment on their actions even as he calls attention to every detail. Aided in no small part by veteran cinematographer Roger Deakins’ (Skyfall, True Grit) exacting eye, no facet of the film feels unimportant or out of place, the luminous savagery of the visuals coupled with the intimate majesty of emotions being explored crafting a devastating mélange that sticks with the viewer long after the screen fades to black. 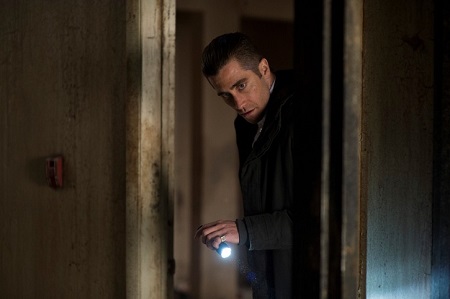 For those who thought Jackman’s Les Misérables performance was a fluke, suffice it to say he proves it wasn’t. His work is all out, full bore, overflowing with nuanced trepidations that help make Keller the type of man who ends up taking the close to vile actions he views as crucial to save a daughter he isn’t entirely certain is even alive. He rides this maelstrom in ways that are unfathomable, reminding me in some ways of Gene Bervoets’ spellbinding turn in George Sluizer’s 1988 classic The Vanishing. His obsession is both an undoing as well as a salvation, but which ends up coming out on top is a shocking, deeply personal whodunit all the way until the end.

The rest of the cast is equally outstanding, with Gyllenhaal being the clear standout as the film’s more or less co-lead, Loki proving to be the controlled, precise yin to Keller’s take-no-prisoners, anything-goes yang. But the truth is far more complicated, this detective a driven control freak who doesn’t like to have things any other way than his own. For him, failure isn’t so much a non-starter as it is something to be avoided like the plague. His path in many ways is just as dark and as dangerous as any being walked down by the grieving, out of control parental doppelgänger, Loki’s precise clinical mind fraying at the seams as this kidnapping case spirals out of his control.

There some minor annoyances, some of the coincidences involved with the case a little too convenient if I’m being blunt. But the emotional undercurrents are pitch perfect, while the ending is one of the best I’ve come across in all of 2013 (which, if I’m thinking about it, is saying something as there have been some seriously great endings this year). Villeneuve has managed to construct a puzzle box thriller that remembers the human element is more essential than a few slights of hand and a handful of cheap thrills. It builds its emotions from a core, lived-in reality that’s pulsing with nerve-wracking effervescence, making Prisoners an impactful tour de force sure to be remembered fondly for many years to come. 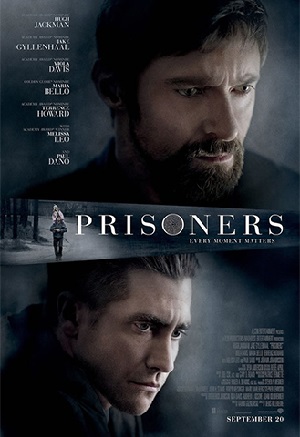