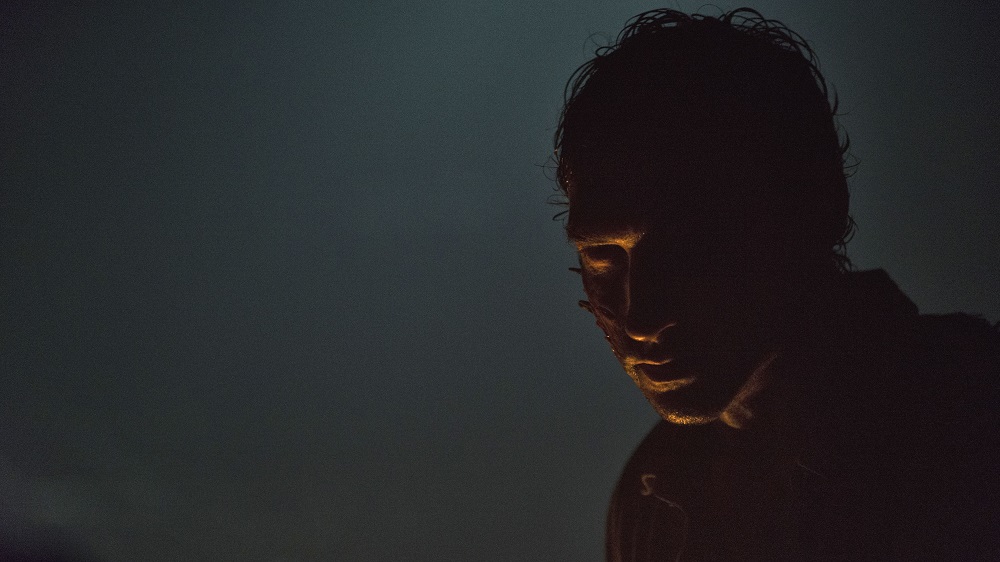 There is something happening in the woods. The Irish government, strapped for cash, has decided to sell a large portion of their last remaining ancient forest to developers, sending veteran ecologist Adam Hichens (Joseph Mawle) to do an in-depth analysis of the entire region before logging begins. He’s taken up residence in a secluded farmhouse with his wife Clare (Bojana Novakovic) and their infant child, heading into the wood each day to catalog, chart and examine all that he can. 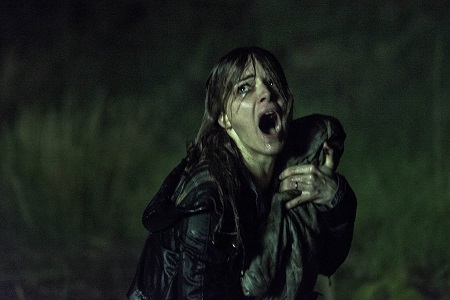 Local Colm Donnelly (Michael McElhatton) wants to speak with Adam. He warns Clare to stop removing the iron from around the house. He tells her to stop allowing her husband to take their offspring into the woods with him on his daily treks. But neither Adam nor Clare put much stock in these warnings, brushing them off as nothing more than local superstition and ancient folklore. They’re going to keep doing the job that’s been assigned to them, feeling Colm’s vague warnings have more to do with unhappiness around the selling of the forest than it does anything concrete.

Big mistake. As becomes crystal clear very soon into The Hallow, a spirited, beautifully imagined supernatural thriller that marks the debut of a sensational new talent in the form of director Corin Hardy, there is something in the forest, and it wants Adam and Clare’s child. Not to feed on. Not to kill. But to make one of its own, laying siege to the couple’s house hoping to snatch the kid for its own, everything leading to a single night of unspeakable terror for the parents as they do what they can to survive until the safety of dawn’s first ray of sunlight.

Making use of Irish folklore far more successfully than schlock horror outings like Leprechaun or its unwatchable sequels ever came close to doing (let alone showcased enough inventiveness to make possible), Hardy’s debut plays like some clever melding of Darby O’Gill and the Little People, Assault on Precinct 13 and Pan’s Labyrinth. It weaves an intoxicating enchantment that oozes suspense and drips tension, allowing for brittle character beats throughout, Adam and Clare evolving in ways that serve the narrative yet also feel inherently natural. More, the film builds to a nicely nuanced conclusion, one that overflows with emotion and sacrifice, propelling things into the realm of a dark fairy tale the likes of which Brothers Grim would have been proud to have called their own.

Even at a brisk 97 minutes, it should be noted that some of this does feel a little stretched, many of the initial comings and goings, the laborious running around that Adam and Clare engage in, there are a handful of slight contrivances on that front that come perilously close to being tedious. But there is underlying purpose to most of this making it impossible to imagine things would impress near as much as they do had Hardy taken fewer detours to get to his climax, all elements building one upon the other nicely by the time things reach their eventful conclusion. 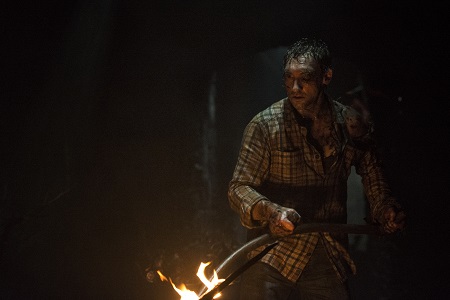 It all looks sensational. Hardy and his cinematographer Martijn Van Broekhuizen use their locations splendidly, cascading shadows and piercings beams of light bouncing to and fro with stunning dexterity. The makeup and creatures are also sensationally rendered, the filmmaker opting for practical effects as often as he can, augmenting things digitally on only the rarest of occasion. It’s a delightful melding of old cinematic tricks with new age computer-generated trickery, all of which allows the picture to feel original even if many of the themes and ideas it is exploring are anything but.

By the time The Hallow builds to its breathtakingly personal climax, it’s hard not to be impressed by what Hardy has accomplished. As freshman feature-length outings go, this is a strong one. Not only does he lead both Mawle and Novakovic to deliver exquisite, sneakily complex performances, the director allows the underlying tension at the heart of his tale to subtly ensnare the viewer’s affections in ways I did not see coming. It’s terrific stuff, the banshee wailing as the screen fades to black probably my own shrieks of sadness that it all had to come to an end. 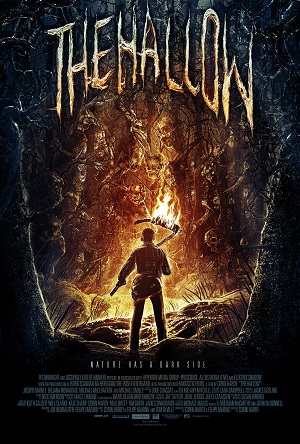