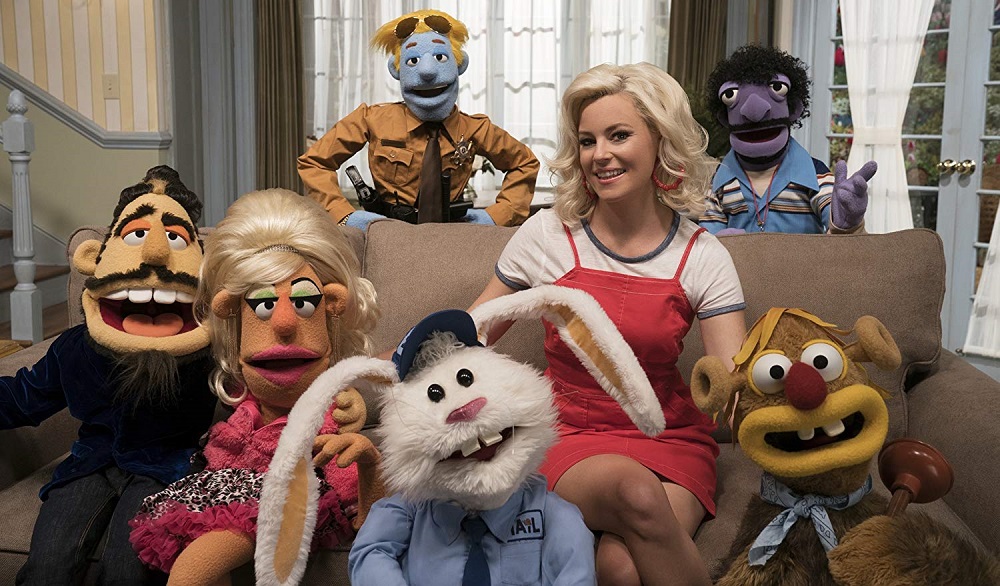 The cast of 90’s television favorite “The Happytime Gang” are being murdered. Recently sold into syndication, all seven of the principle actors, puppet and human alike, were all set to be splitting $10-million amongst themselves at the end of the year. If one or more of them were to die? Their take would either go to their spouse or to the remaining cast members, and someone out there wants all of that money for themselves and no one else. 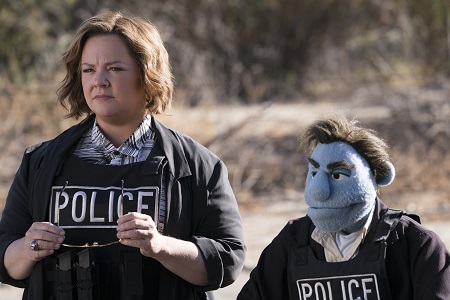 After his movie star brother Larry (Victor Yerrid) ends up torn to pieces by a vicious pack of tiny dogs, hard-boiled private investigator Phil Phillips (Bill Barretta), a one-time Los Angeles cop forced to leave the force in disgrace, takes it upon himself to solve the crime. His old boss Lieutenant Manning (Leslie David Baker) decides the best course of action is to bring the determined puppet back onto the force as an advisor, assigning his angry ex-partner Detective Connie Edwards (Melissa McCarthy) to work with him hoping they’ll rekindle their former law enforcement magic and catch the murderer. But things go sideways when all of the clues start pointing back at Phil as far as these killings are concerned, puppet-hating FBI Agent Campbell (Joel McHale) ready to hall him off to jail even if all the evidence linking him to the crimes is suspiciously circumstantial.

Brian Henson, the director of The Muppet Christmas Carol and Muppet Treasure Island, son of the late Jim Henson, branches out into Who Framed Roger Rabbit meets Team America: World Police meets Meet the Feebles territory with the R-rated absurdist noir comedy The Happytime Murders. This is a film that posits a world where puppet and human live side-by-side and not altogether in perfect harmony, most of the flesh and blood majority treating their fluff-filled, felt-covered counterparts as second class citizens worthy of nothing short of constant ridicule. It’s an insane premise but one that isn’t nearly as original or as imaginative as it possibly could have been, and for an uncouth, disturbingly offensive comedic potboiler Todd Berger’s (It’s a Disaster) screenplay plays things surprisingly safe for most of its thankfully brief 91-minute running time.

I don’t have a lot to say here. I didn’t hate this movie. There are some decent jokes, and Henson knows how to stage a visually imaginative sight gag featuring puppets doing a whole cacophony of very strange things better than just about anyone save likely his late father or living legend Frank Oz. There’s a great supporting turn from Maya Rudolph as Phillips’ devoted secretary Bubbles, and McCarthy has a marvelous hysterical moment at a puppet-filled poker table where she cuts loose with inspired foul-mouthed ferocity as only she can. I’d be lying if I didn’t admit to chuckling a handful of times, and when the film finally came to an end I basically left the theatre with a shrug of the shoulders practically nonplussed about anything I’d just sat through and endured. 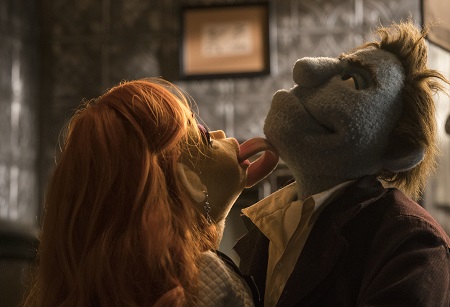 But endured is the right word. The pacing of this comedy is rather excruciating, things moving so slowly and with such ponderous precision maintaining interest in what is happening at any given moment is spectacularly difficult at times. More frustrating, while I wasn’t ever offended by any of the film’s humor some of Berger’s jokes do grow tiresome, especially ones involving McCarthy’s gender, while a lot of the rest of it just comes across as lazily mean-spirited and little else. Unlike Team America, there’s no edge to all of this Philip Marlowe meets Mike Hammer meets Eddie Valiant sleaziness, and not even the sight of Elizabeth Banks twirling around a stripper pole slicing up carrots for a trio of horny fuzzy rabbits ended up being anything particularly memorable. Unlike Meet the Feebles, easily the worst film Peter Jackson has ever been associated with, this one doesn’t have to guts to become truly, unfathomably exploitive in order to risk becoming a rancid piece of cinematic excrement more deserving of being flushed down the toilet than it does a theatrical exhibition.

Instead this movie just sort of is. I’m sure a person could get offended by certain elements, but with so shockingly little imagination fueling things I can’t say my reaction to was happening ever rose to that level. I’m positive some viewers will find some of what transpires between Phillips and Edwards to be absolutely hysterical, but with so few of the jokes striking my funny bone the laughs the film did happen to generate for me were few and far between. Henson’s journey into adult filmmaking isn’t a disaster; it’s just not anything worthwhile. If this is how the puppet impresario intends to get the R-rated side of his career started, there’s little about The Happytime Murders that’s sensational, less that’s inspirational and almost nothing that’s celebrational, making closing the curtain on this bit of comedic mayhem especially easy to do. 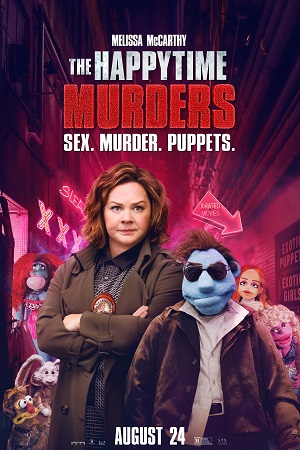