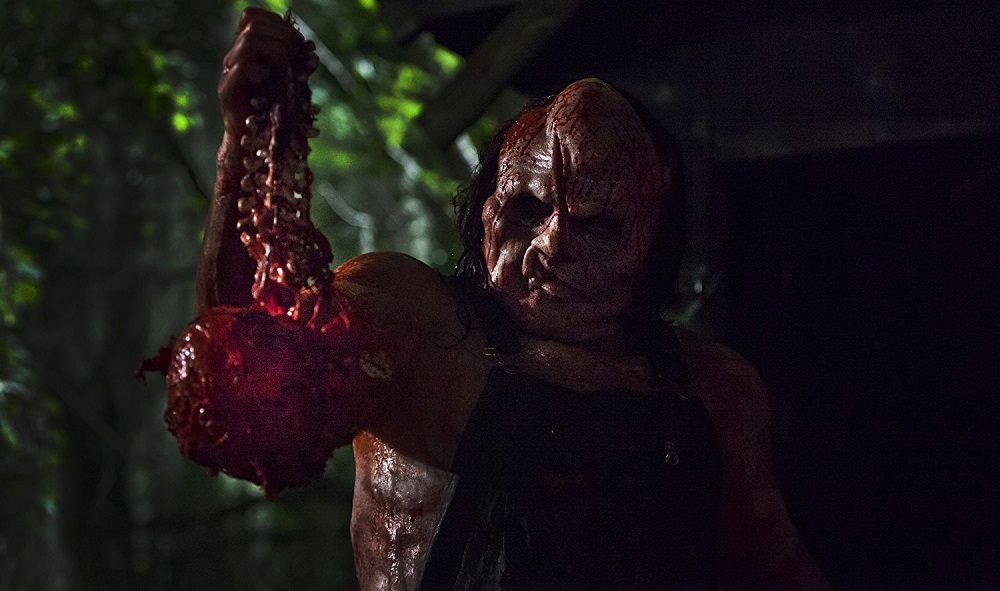 So here’s the deal: Hatchet III isn’t a very good movie. You know that going in. It’s expected. It’s going to be broad. It’s going to be cartoonish. It’s going to be filled with idiotic characters who consistently do the wrong (i.e. stupid) thing. It’s not exactly going to be the smartest or most creative cinematic experience a likely viewer is ever going to encounter. All of this is a given before the first image splashes across the screen, and with that being so a viewer already knows whether or not any of that is going to matter as far as buying a ticket or watching it OnDemand is going to be concerned. 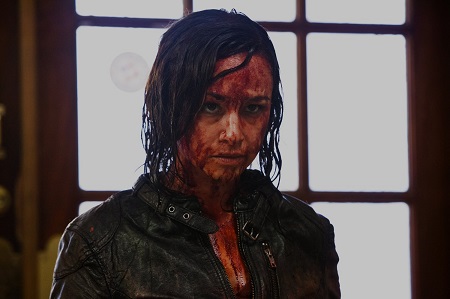 The only question as far as this trilogy capper is concerned is whether or not it will wallow in all its gory depravity to such a lavish extent the film can’t help but entertain those who enjoy that sort of thing. On that front, let me say as loudly and as exuberantly as I can that Hatchet III delivers. This culmination to the oddly popular cult horror series, the first entry not directed by Adam Green, is a total hoot, reveling in all its delicious degeneracy to such a lavish extent fans are going to be doing cartwheels in the aisles of the (sadly) few theatres it is going to play in.

Picking up immediately after the events of Hatchet II, Marybeth (Danielle Harris) has not only escaped from the clutches of ghostly bayou madman Victor Crowley (Kane Hodder), but she’s managed to rip out his skull and take it out of the swamp as a gruesome souvenir. Walking into a Louisiana parish police station, covered in blood, carrying a shotgun, cradling her cranial prize, she is immediately thrust into a cell by the flabbergasted Sheriff Fowler (Zach Galligan).

Not taking anything for granted, he sends a team of deputies and paramedics into the swamp to investigate young woman’s story. But when night falls Crowley once again rises from his undead slumber, tearing apart those who’ve invaded his territory limb by limb. At the urging of Fowler’s occult expert ex-wife Amanda (Caroline Williams), Marybeth once again finds herself the key component in ending this demon’s reign of terror, the mantle of savior she eternally seems to be carrying beginning to weigh far too heavily upon her pint-sized brow.

Other than a few quirky touches, some admittedly terrific gore effects and an agreeably loopy supporting performance by Joel David Moore, I didn’t understand the passion that quickly enveloped Green’s initial Hatchet, released to theatres back in September of 2007. It was just too dumb for me, going through its dopey paces with a requisite precision that did nothing to inspire or make me think the film was anything other than a bloody demo reel for the director to go on to bigger and better things (which, incidentally, he did, 2010’s Frozen a bitter, eerily unsettling genre triumph).

Yet people clamored for a sequel and late in 2010 they got one, the picture opening to a lot of fanfare (the ads celebrated how it was being shown in its original unrated form) in October of that year only to have most theatres showing the film pull it from their screens before its week-long engagement was even up. Even so, Green’s follow-up had more style, better humor, an intriguing visual ingenuity and upped the splatter content considerably. The sequel was still dumb, still relatively monotonous, and I can’t say I’ve ever felt the need to watch it a second time. Still, I didn’t mind the film, and as far as midnight entertainments went it was one I could foresee myself heading out to watch if I were still in college and was with an audience willing to vocally embrace the carnage. 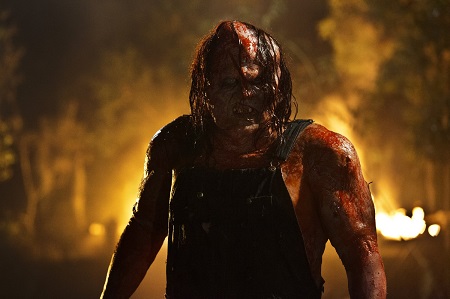 Three years later veteran cameraman and stedicam operator BJ McDonnell (he’s worked on recent projects as varied as Jack Reacher, Star Trek Into Darkness and This is the End) takes over control, and while Green still wrote the script and served as an executive producer, it appears he happily stood on the sidelines and allowed the new director complete control. The results are surprising, for as dumb and a inane as this sequel might be, the quirky and imaginative mordant sense of humor it displays is actually kind of awesome. There’s a playfulness to this final part of the trilogy I didn’t anticipate, and when that was coupled with the strong work from a fully engaged Harris and augmented by the gruesome special effects that are disgustingly mind-blowing, Hatchet III proved to be unquestionably my favorite entry in the series.

Not to say this makes Hatchet III a good movie. But if you’re like me, and if you can handle all the dismemberments, skull crushing, decapitations and disembowelments, if you’re willing to keep your brain in check and allow for the fact stupid is as stupid does no matter how much you wish otherwise, than this not-really-a-fright-flick fright-flick might just be for you. Enter at your own risk. 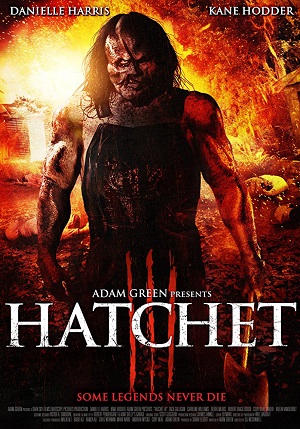